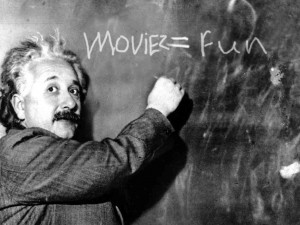 We live in an era when people can sit back with a big bowl of (organic) popcorn, pop a tab, stretch out on the couch (or bed!) and relax while enjoying one of thousands of movies on demand with just the press of a finger.  What luxury, what bliss.  That is, until you start to look through the endless menu of available offerings.  Sometimes the task of trying to find something I actually want to see at any given moment is so daunting that I end up collapsed in a heap, back of hand to the forehead exhausted from the shear drudgery of it all.  (I know, I know—“first world issues…”).

But seriously folks, wouldn’t you love to have a list of what your friends (or in this case, people you don’t know at all but who live sort of near you) have seen and enjoyed and therefore recommend?  Now, usually we all have some remote awareness of the Hollywood blockbusters and their themes and values, but what of the much more remote quirky or sweet or enlightening or yes, enthralling or just plain entertaining movies that tend to fall through the cracks?  Or maybe they are well-known to you but I never heard of them much less would have considered watching them.  Lots of people for years have attended Book Clubs, and such clubs have the aura of being intellectual and somewhat elitist.  I am inviting you to join the new LiveTaos.com Cinema Circle.

If you have seen a movie — rented or streamed — that you think enough of to share with others, then please let us know!   These don’t have to be 5-star movies — as a matter of fact, some of my recent favorites have been pg-13 and 2 ½ Stars—but that’s just me.  Or…if you’ve seen a movie you want to warn us to not waste time with, that would be helpful too.  Give us as short or as long a description as you’d like, but be sure to include a “spoiler alert” if you are going to give away details!  Send your suggestions to [email protected] with Cinema Circle in the subject line.

Here are 4 to start:

Saturday Night Fever comes to Singapore.  A fun watch even if you were never into disco, and a pleasant story that also offers insights into the streets and lives of Singapore.  I personally like to watch movies that are located in areas that I know little or nothing about, often to only read later that the movie was shot nowhere near where the story was set — as was the case with 7 Years in Tibet, whose mountain scenes I read were shot on the Chilean/Argentine border.  I was pleasantly surprised by this movie to read at the end that it was filmed entirely in Singapore.

Don’t waste your time.  I kept hoping the main character would turn into something other than a pathetic waste of skin, but the movie left me just wanting to smack everyone—if I could have brought myself to care enough about any of the characters that is.

Man of the House

Tommy Lee Jones is a Texas Ranger who has to live with the university cheerleading squad to protect the girls.  The writers resisted the urge to make Tommy Lee Jones a perve or a lech, but instead he and the girls have a rather familial, father/daughter relationship and his love interest is actually someone age-appropriate.  There is some tension figuring out who the bad guys are, and Cedric the Entertainer holds up his part of the movie as well.  Perfect for when you just want to relax and watch a feel-good movie.  Oh, and did I mention that it stars Tommy Lee Jones?

I have now seen all the shark-attack movies offered by Amazon and Netflix.  This one stands out for the great scenes that take full advantage of both heads at once.  Oh yeah!

So, join our Cinema Circle and send us your reviews ([email protected]) and watch for them to be posted on LiveTaos.com!  Disclaimer:  opinions shared here are not necessarily the opinion of LiveTaos.com or any of its staff.