As regular readers will know, LiveTaos is one of four partner entities proudly bringing you KNCE 93.5FM, True Taos Radio. KNCE’s one year anniversary is this month — October 20, 2014 was in fact our very first day live on the air — and naturally, we’re throwing a big party to celebrate.

First, some facts about KNCE and what we’ve been up to in the last year. 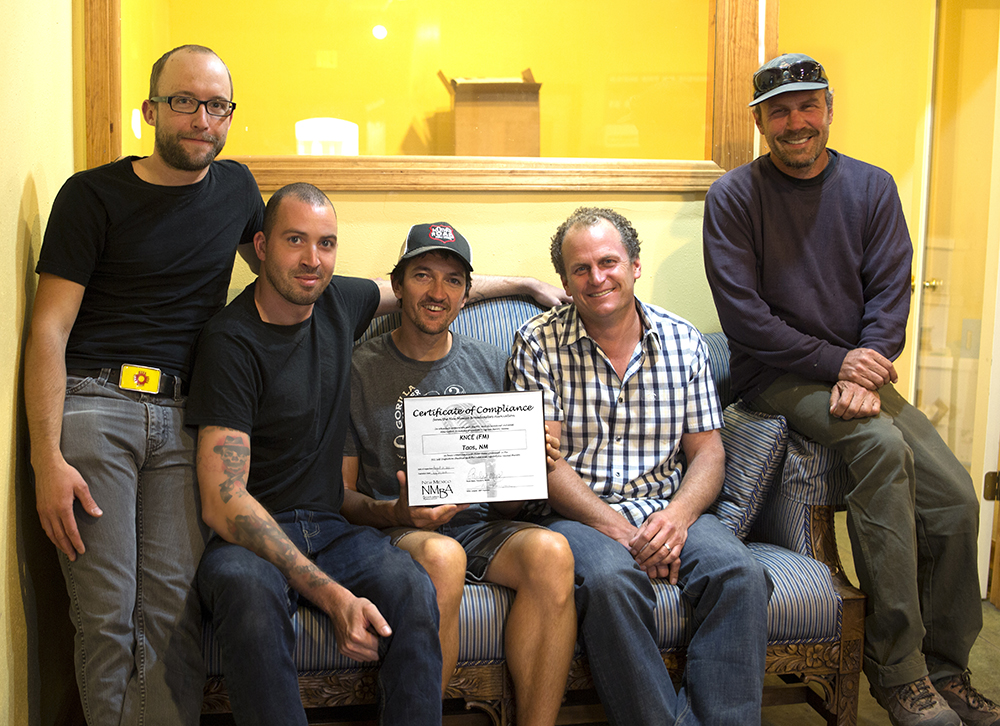 “We basically set out to free the airwaves and create an open mic for Taos,” says KNCE Programming Director John Henderson. “Radio is its own art form, and we want the station to be a true reflection of the many voices of Taos. It’s unbelievable how KNCE has unfolded in such a short time. I am impressed by the passion of all the DJs – the station is a labor of love for many people.”

To celebrate this labor of love, please save the date to join KNCE DJs, members, supporters, and partners for a one-year anniversary celebration on Friday, November 13, 2015. The KNCE One Year Anniversary Extravaganza will be a variety show at Taos Mesa Brewing, completely live-broadcast over the air. KNCE DJs are a multi-talented crew, so expect live bands, poetry, theatre, dance, and of course great DJs spinning the wide variety of tunes you’ve come to expect from KNCE.

Stay tuned for more party details as they arise!