The title of Joan Livingston’s second self-published novel, The Sweet Spot, might suggest a certain contentedness with one’s station in life, but don’t let that fool you; it’s a fiction novel folks. 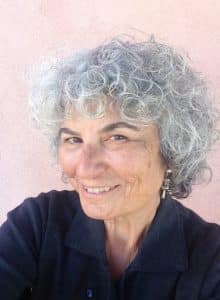 While it’s true that in real life, Livingston — the retired long-time managing editor at The Taos News — is enjoying more time to pursue her writing, she still finds herself working hard at everything she does.

In addition to working on several books at once, she also teaches creative writing to fifth graders at Ranchos Elementary School; teaches a reading and writing for career paths course at The Taos Education and Career Center; coordinates the Aldo and Estella Leopold Writing Residency at Mi Casita; and will be part of a roundtable discussion on publishing options with Rebecca Lenzini, of Nighthawk Press, on March 11, as part of SOMOS’ Taos Writers Conference. The presentation is from 1 to 2 p.m.

Livingston says her career as a journalist, specifically her time working as a correspondent for the Daily Hampshire Gazette in Western Massachusetts (covering her then-hometown of Worthington), provided her with a foundation for writing novels.

“I had to listen to the way peopled talked and how they behaved,” she says. “And even though journalism is different than writing fiction, it really prepared me for what I do now.”

While Livingston’s first novel, Peace, Love and You Know What, is a fiction novel informed by her experiences as a college student in the 1960s, The Sweet Spot is set in the fictional Massachusetts Hilltown of Conwell, a place not completely dissimilar to the communities she once covered for the Gazette.

“I think if you could scoot over Chesterfield, Cummington and Worthington, you could plunk Conwell in there,” Livingston says.

The book’s main character is Edie St. Claire, a young woman from a poorer family who married a boy from a wealthy family who was unfortunately killed during the Vietnam War. At its core, the book is about the complicated relationships between the characters, which also include Edie’s father, who runs the town dump, her in-laws, and her fiery and colorful aunt. The characters endure scandal and partake in feuds as they try to find their places in the world.

“There’s a lot of seriousness to the book,” Livingston says. “But it’s also a lot of fun, and I hope I capture the feeling of the communities. I enjoyed living there.”

The Sweet Spot is the first of Livingston’s Hilltown books, which are all set in Western Massachusetts. As a longtime editor, Livingston puts in a lot of work to self-publish her books.

“I have to say, I probably read this book about 75 times,” she says of the book, which is available on Amazon to order as a paperback or as a download for Kindle.

Taos News lead editorial designer Michelle M. Gutierrez designed the hard copy of the book, and has helped Livingston navigate the waters of self-publishing for both books.

“Michelle and I learned an awful lot from the first book,” Livingston says. “Both she and I were learning how to do this and we both agreed it would be a great.”

The Sweet Spot is available locally at both Op.Cit. Books in the John Dunn Shops and Brodsky Bookshop on Paseo del Pueblo Norte.

Op.Cit. Books will host a reading from Livingston on Saturday, March 25 at 2 p.m. For more information and other writings from Livingston, visit Joan’s website.

Joan Livingston is one of the many Taos locals presenting at SOmos’ inaugural 2017 Taos Writers Conference. joan’s presentation is on March 11, 2017 and focuses on self-publishing and her own experience in the field with her latest work “the Sweet Spot”.

live taos will continue to give you the scoop all our local literati and their offerings During the taos writers conference. so… if you’re interested, What are you waiting for? Sign up today!