Officially open for the first time this summer, the Food Not Bombs Free Skool is the latest in a long line of educational programs unique to Taos.

Food Not Bombs itself is a 30+ year old international peace movement wherein individuals share food that would otherwise go to waste with those who need it. It is from that movement that the Free Skool draws its students. So far, “Free Skoolers” have come from as nearby as Colorado or as far as Israel to learn and instruct classes, ranging from organic farming techniques and bee-keeping to clown skills and screenprinting. Taosenos have also stopped by regularly to help get this upstart farm project going, and to take and instruct classes. 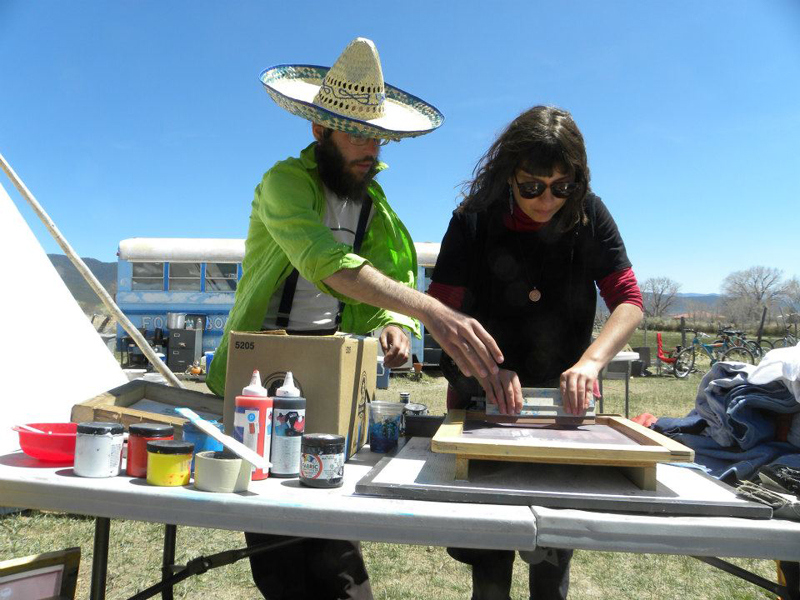 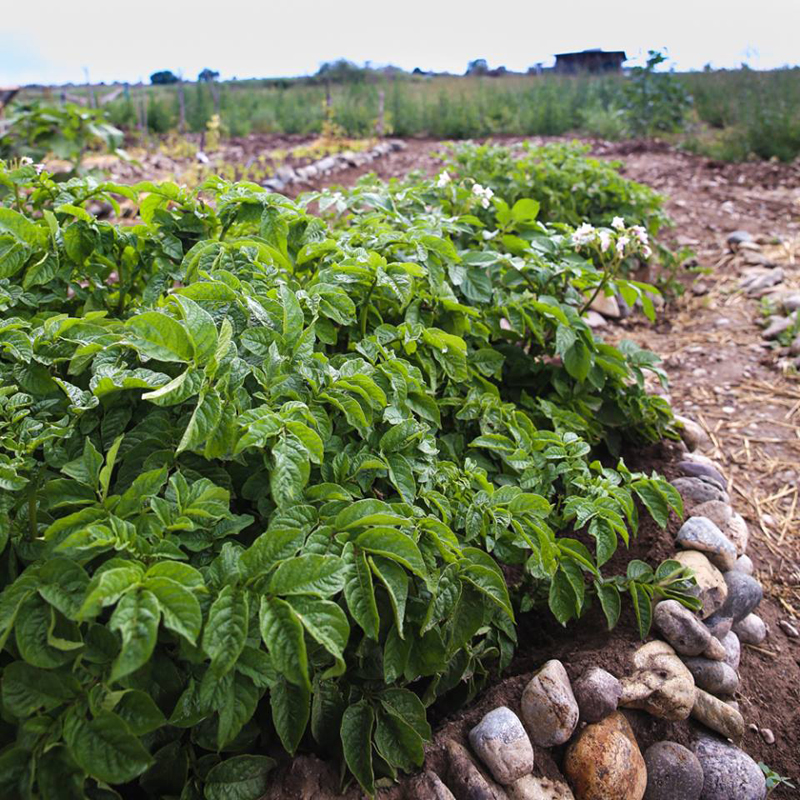 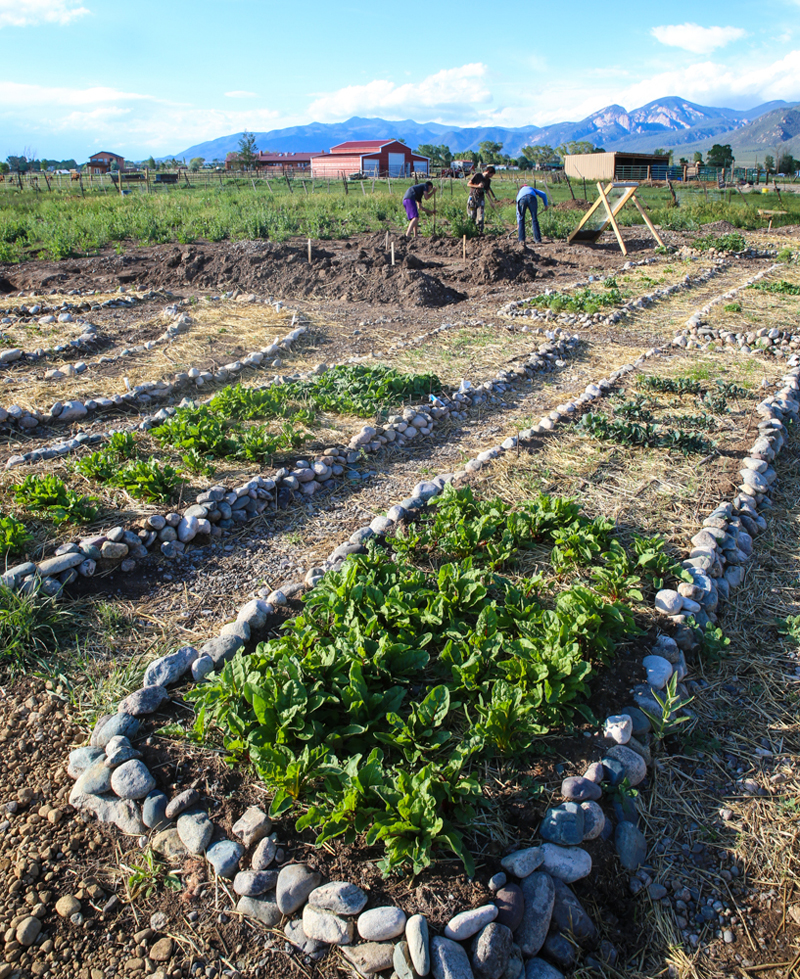 Food Not Bombs co-founder Keith McHenry has long called Taos his home, and it is his small farm that the Free Skool has been built upon. Keith’s touring on behalf of Food Not Bombs now has a second purpose, as all construction at the Free Skool is funded through individual donations — currently, Keith is raising funds to finish a pumphouse before winter (click here to learn more and donate!).

Another feature that has come to define the Free Skool has been the participation of puppetistas: activists who use the protest theater arts to spread their message. Since 2012, puppetistas with the Autonomous Playhouse have been traveling from Florida to help build the Free Skool and share their protest theater techniques in classes such as big-head puppet making, puppet script writing, stilt-walking and so on.

Nathan and Jillian Pim, 28 and 29, have been touring with the Autonomous Playhouse and instructing for various Do-It-Yourself protest theater workshops at the Free Skool for the past 2 years. The necessity of their craft in an increasingly apathetic world can be described simply: if you are not having much luck getting people to care about an issue important to you, try it with a puppet next time. If nothing changes, next try it with a 10-foot-tall backpack puppet; and so on.

The Playhouse goes on tour from Taos in the fall, so on July 31st they are raising funds for a puppet show trip to the West Coast with Night of the Puppetista!, a night of puppetry and music at the Taos Ale House on July 31st. Cost is $5 at the door, but contributions of food or cookware such as pots and pans will also be accepted to help out local Food Not Bombs efforts. 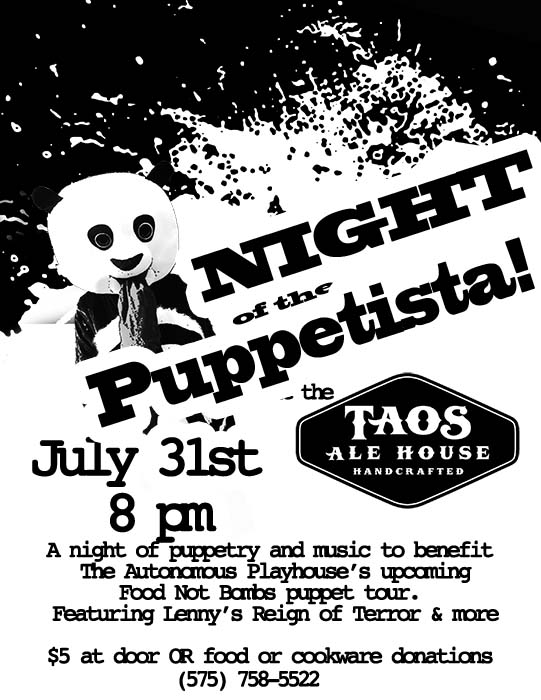