Odenbear Theatre’s The Bench Plays opened at Metta Theatre on Thursday night, and runs through next Saturday (June 18).

An evening of nine one-acts selected from an apparently-impressive pile of national and international submissions, this is a jam-packed evening of theatre featuring seventeen local actors — some familiar, but there are quite a few new faces here, too — and seven directors.

The nine plays have one thing in common — you guessed it, a bench. The stage at Metta is set sparely: six colorful panels of fabric hang behind one large wooden bench. The casts, ranging in size from two to five, bring the bench to life in scenes that take us from outside a hospital to inside an airport, through several parks, up onto a rollercoaster. Three plays are from New Mexican writers, including a debut play by LiveTaos contributor Chelsea Reidy; the rest come to us from a geographically-diverse group of playwrights, whose works have been produced around the globe.

There are plenty of big laughs in the show, notably Adam Overley-Black and Serena Smith in Robin Pond’s clever “Close Encounters,” featuring an unlikely couple on an ill-fated date. There are poignant moments, too, as in John Minigan’s “Genuine Cashmere” — wherein, much to our collective delight, Taos grande dame Judith Rane trots out her formidable theatrical chops. 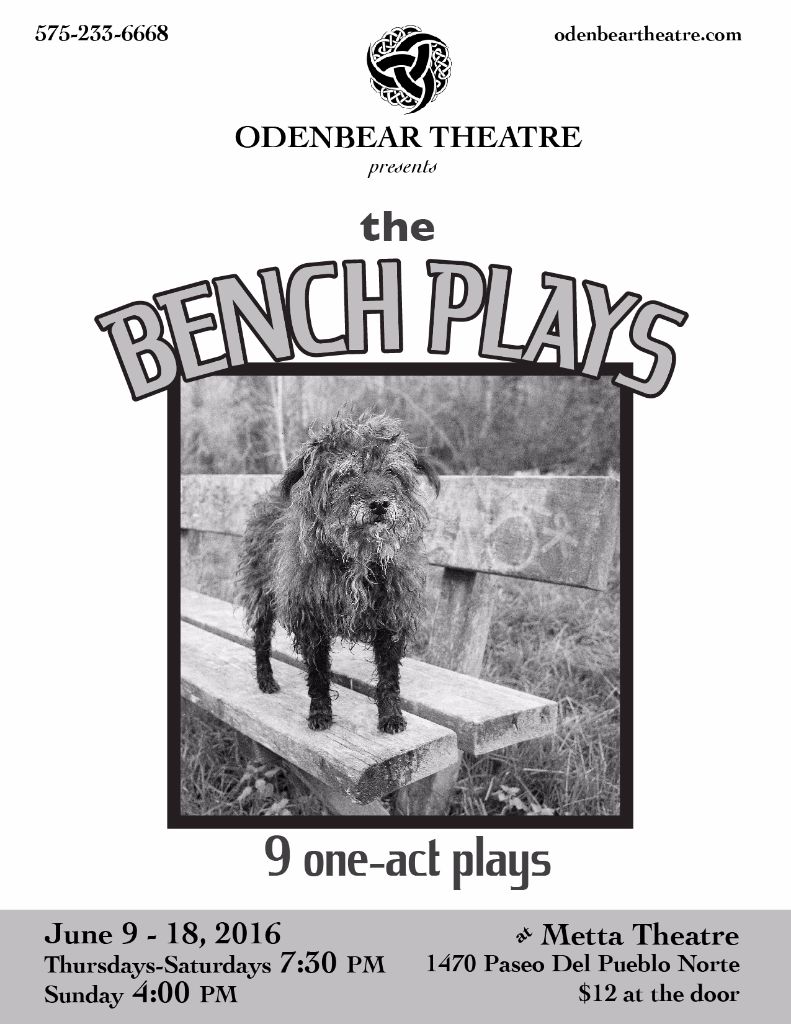