For someone like me who can appreciate a lovely watercolor landscape but whose heart leans toward the experimental, The Paseo was a soul-satisfying event.

When I walked into the Plaza on Thursday night, I got my first glimpse of what was to come. There were colorfully painted crosswalks, dripping blue lights and large-scale graffiti-inspired cardboard paintings. These things were on display for the Kongos show that night, and were just a hint of what was to come Friday. 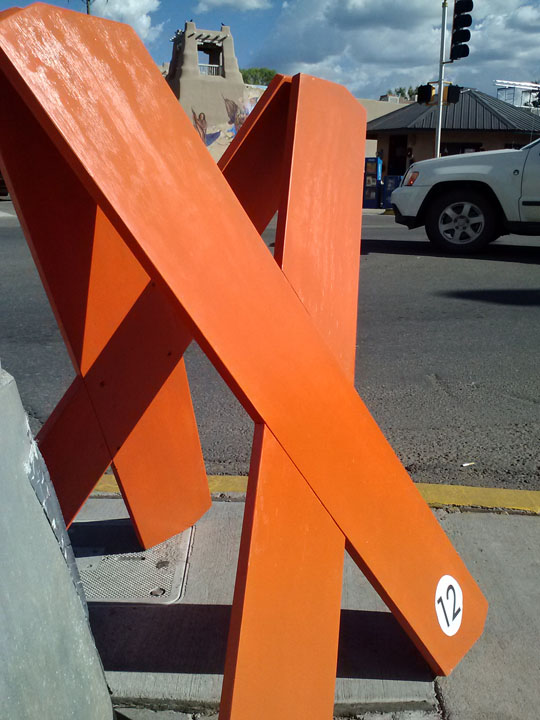 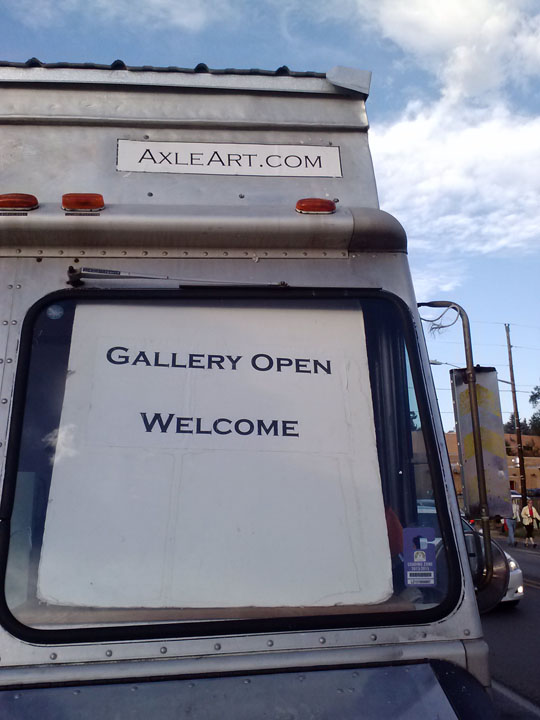 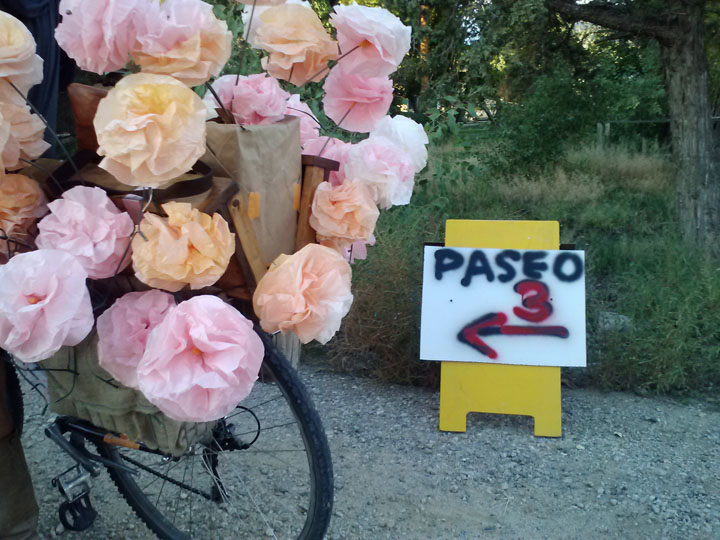 The evening, slated for 4-10pm on Friday, began a little slowly, as some of the performances had not yet begun and there were no crowds to be seen. But within the next hour, things started happening. By 6pm, things were definitely in full swing, with lines forming at the glass trailer and a large crowd around the giant robot. By 7:30pm, the streets were packed and the excitement was palpable. The loud drone of the pulse jets could be heard for blocks. People crowded around kinetic sound sculptures and children danced in and out with the fabric in the park while projections bounced around them. It was magical. There was whimsy. There was poetry. There was history. There were sounds and sights, tastes and smells, and many places where the viewer created the action. As much as I would love to tell you about each and every one of them I experienced, it’s just too much and my experience was just that: mine. And those who attended experienced these pieces their way.

My husband and I felt like we saw everybody we knew that night, and everybody we saw was having a good time. The Paseo was art to be experienced, not just another picture on a wall. I’m not downplaying static art – it still has the power to inspire, but interactive performance art on the streets has tremendous impact. It was an event quite different from anything Taos has probably ever seen, a true contemporary festival of art. And from what I could see, it was a huge success. More than one person expressed the desire to see it happen again. It was a night of wonder and it was absolutely, totally free. So, as long as you could hitch a ride into town, not only could you see the event, you could BE the event. 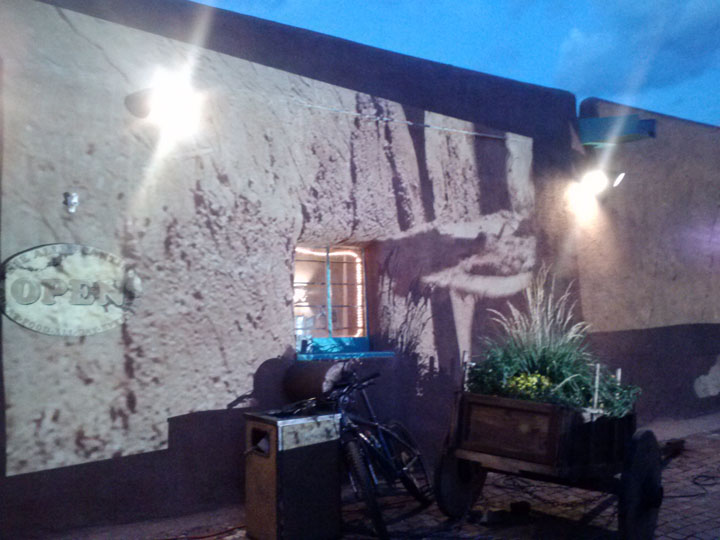 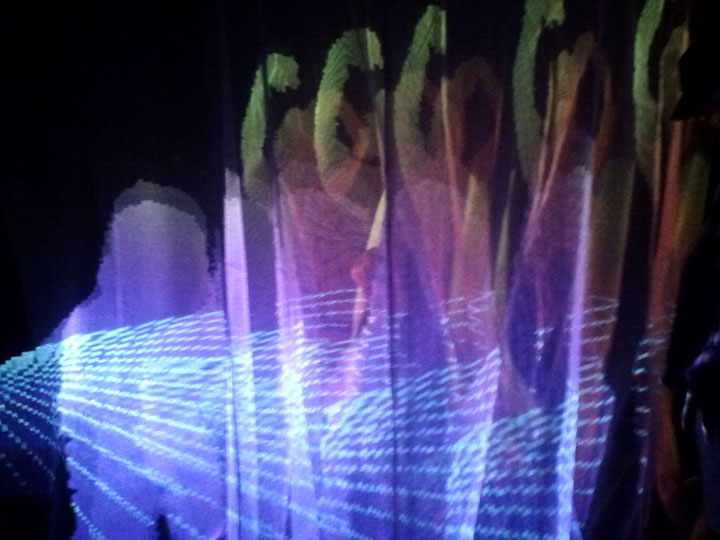 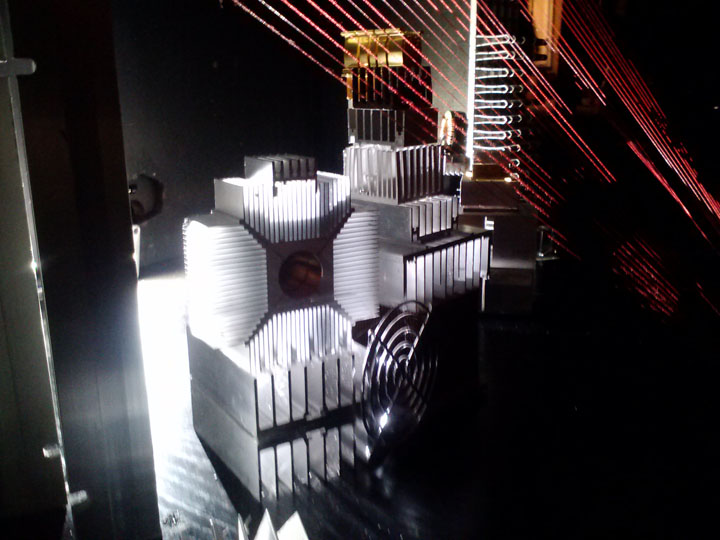 Here are some additional photos of The Paseo submitted by Brenden Jemison: 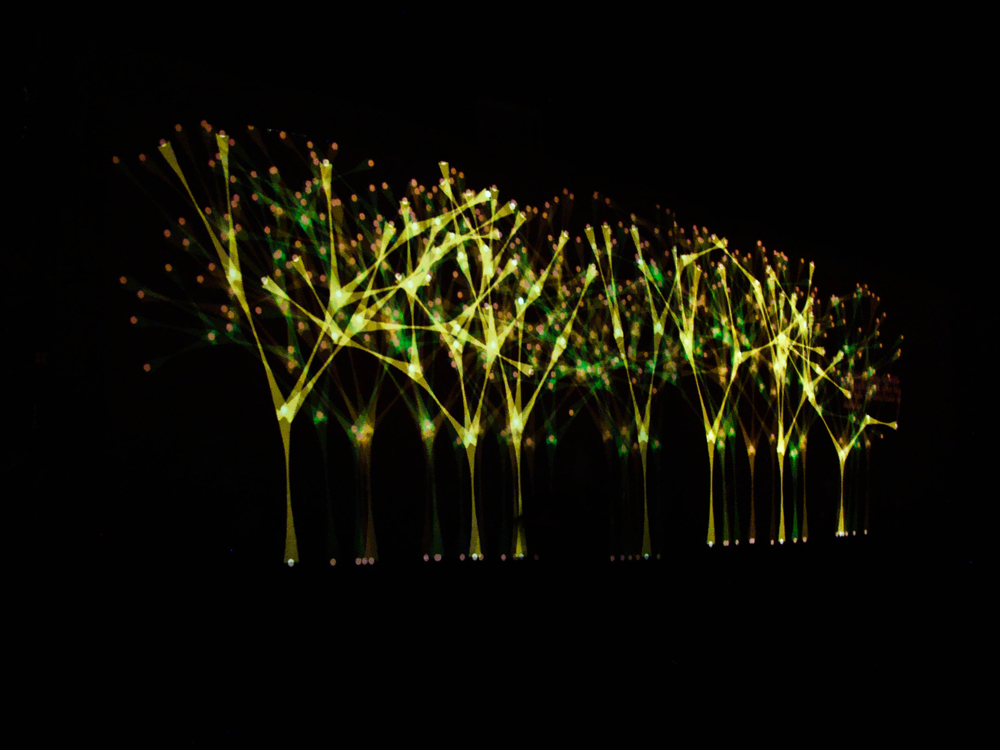 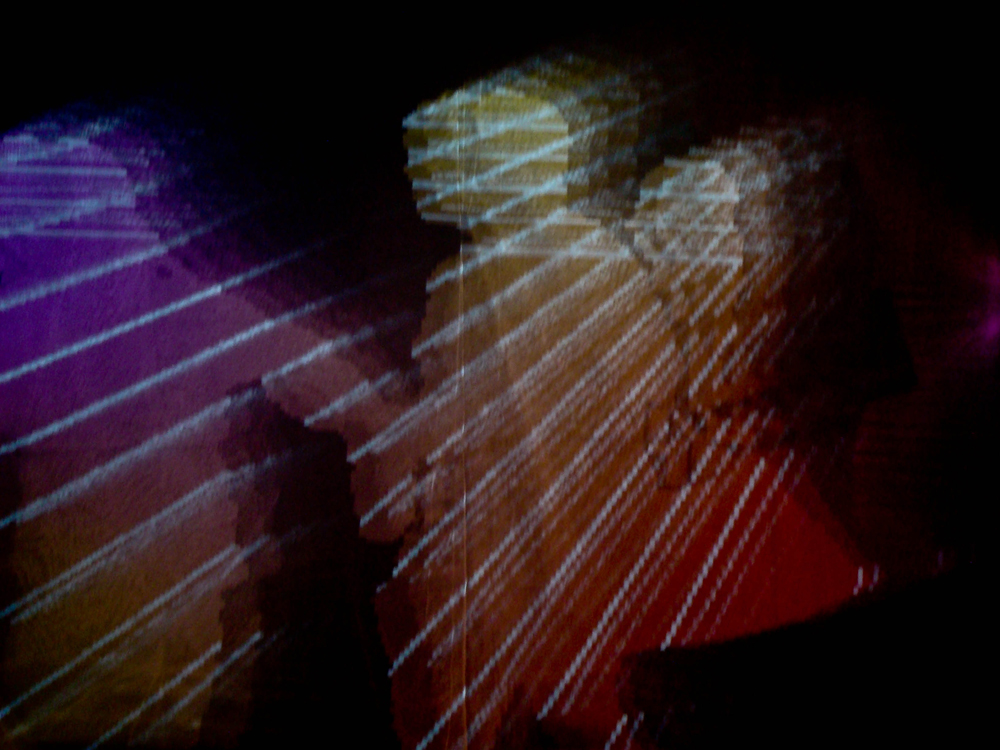 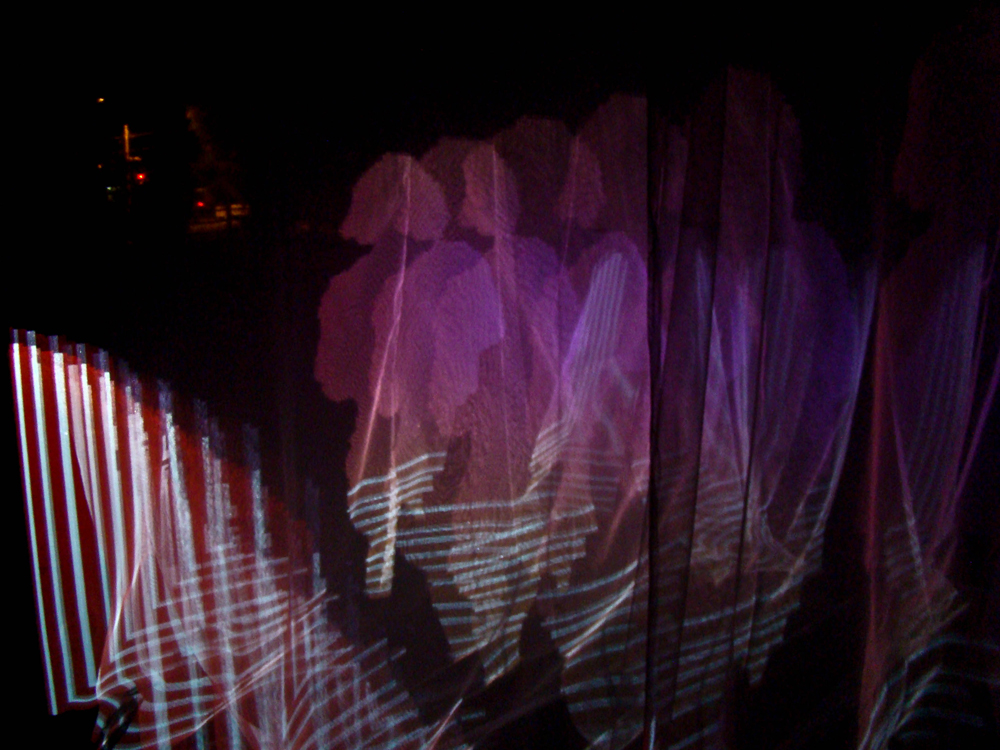 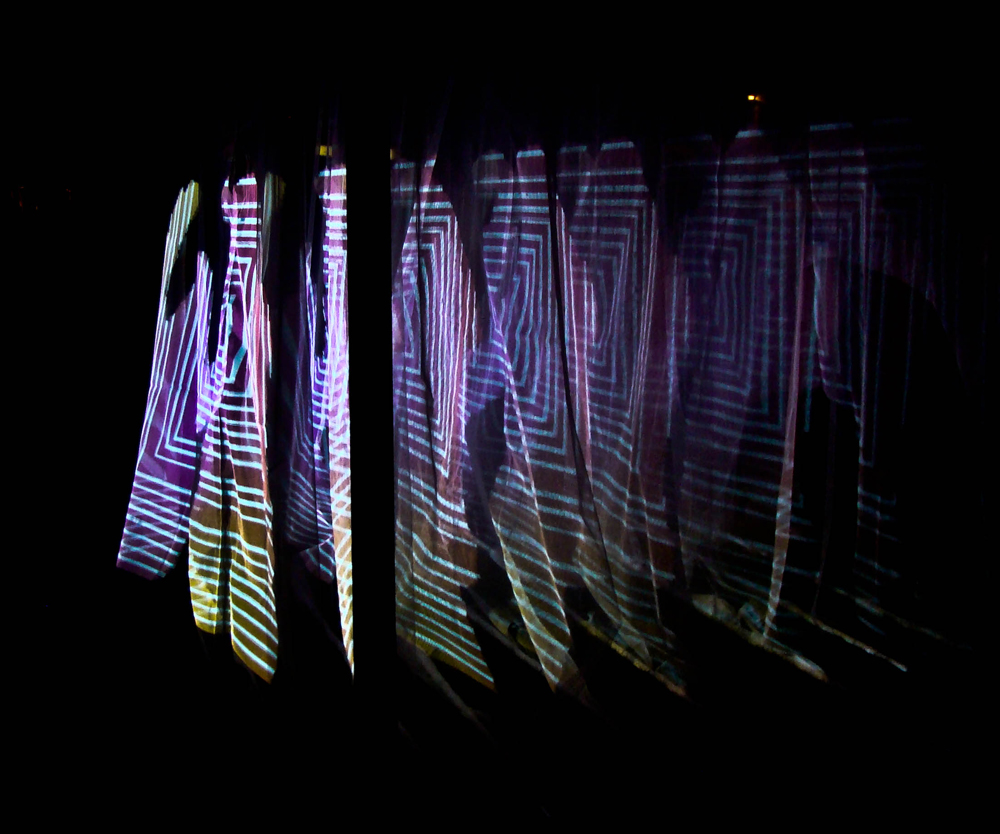 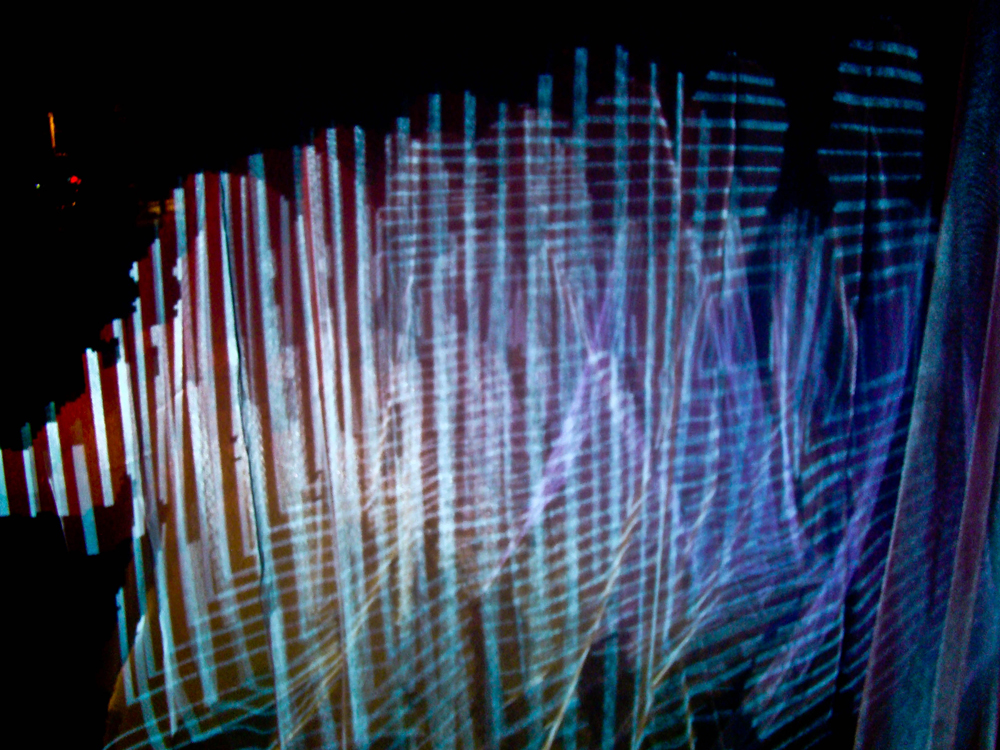 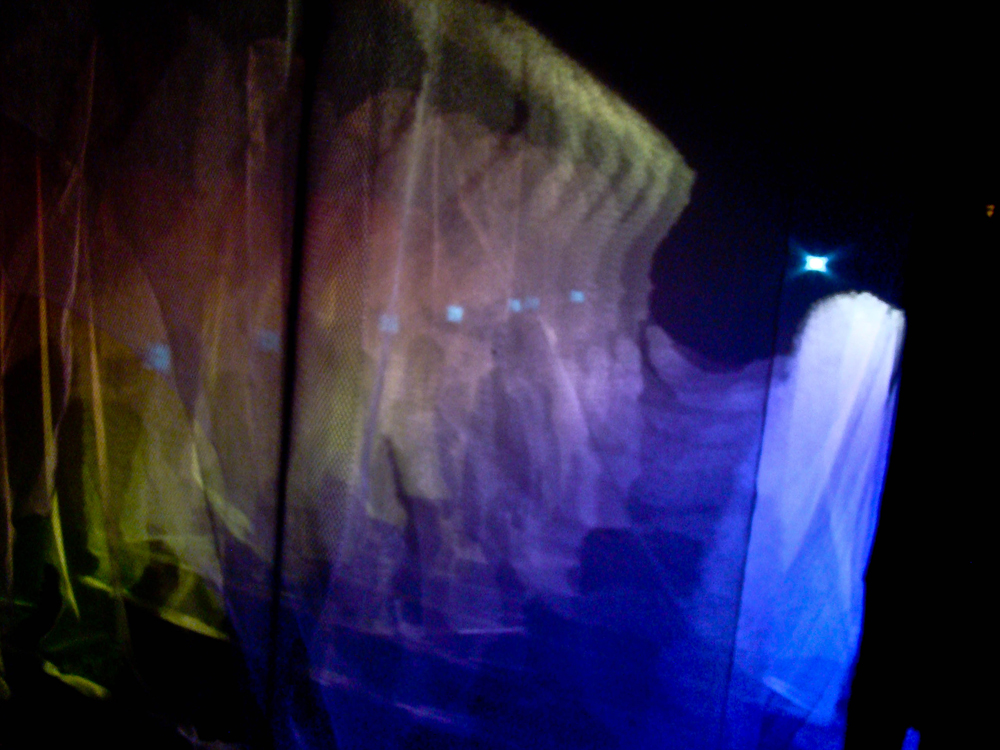 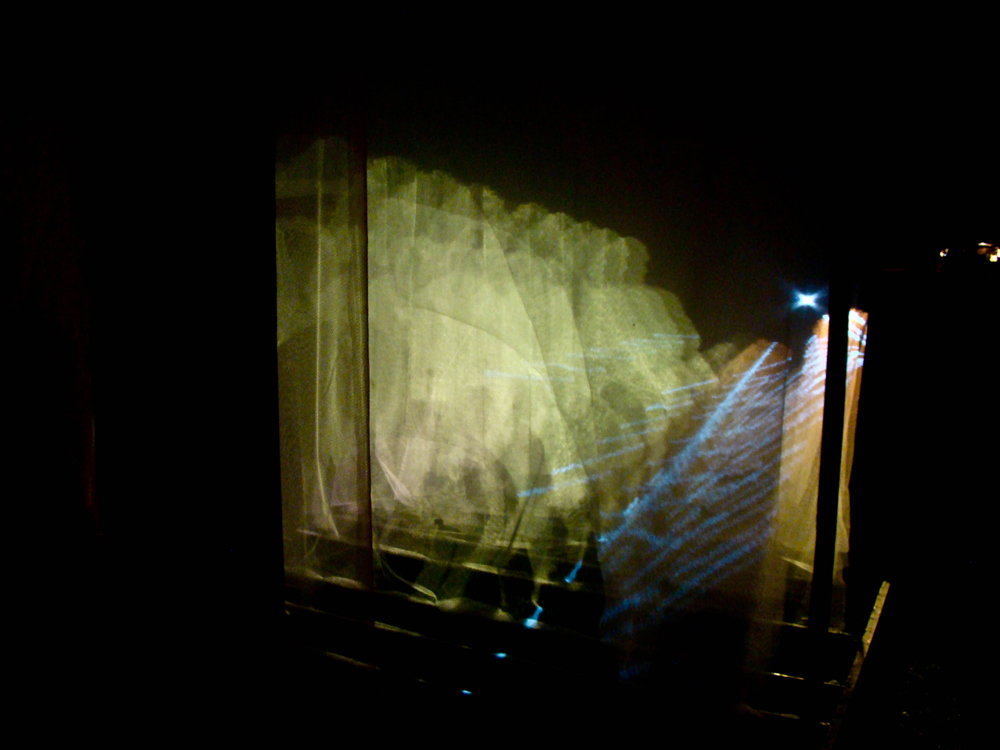 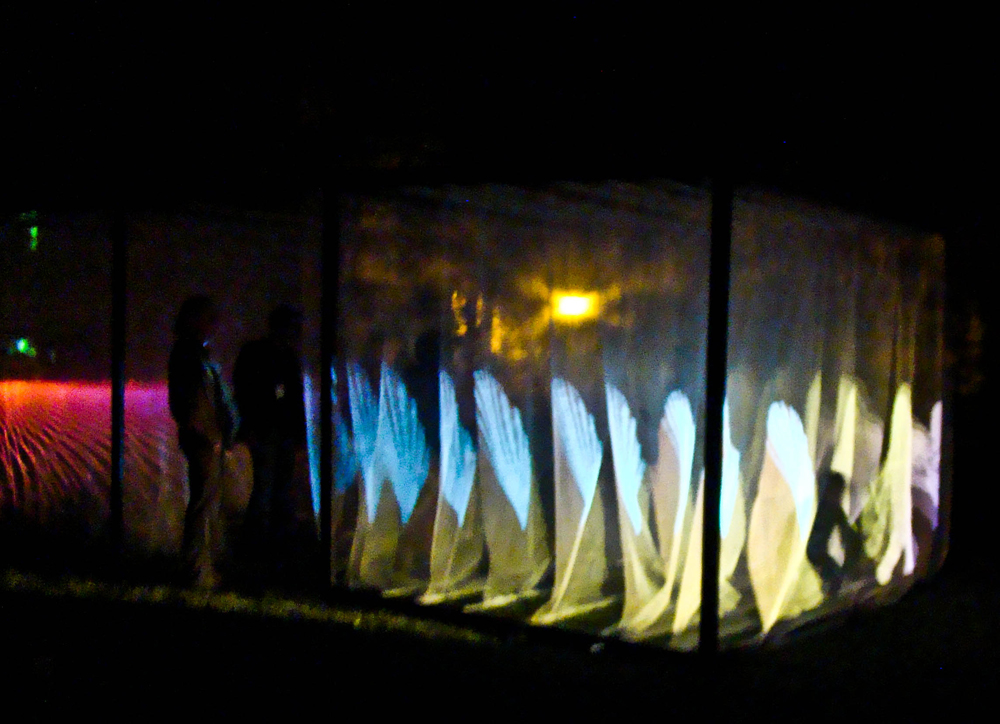 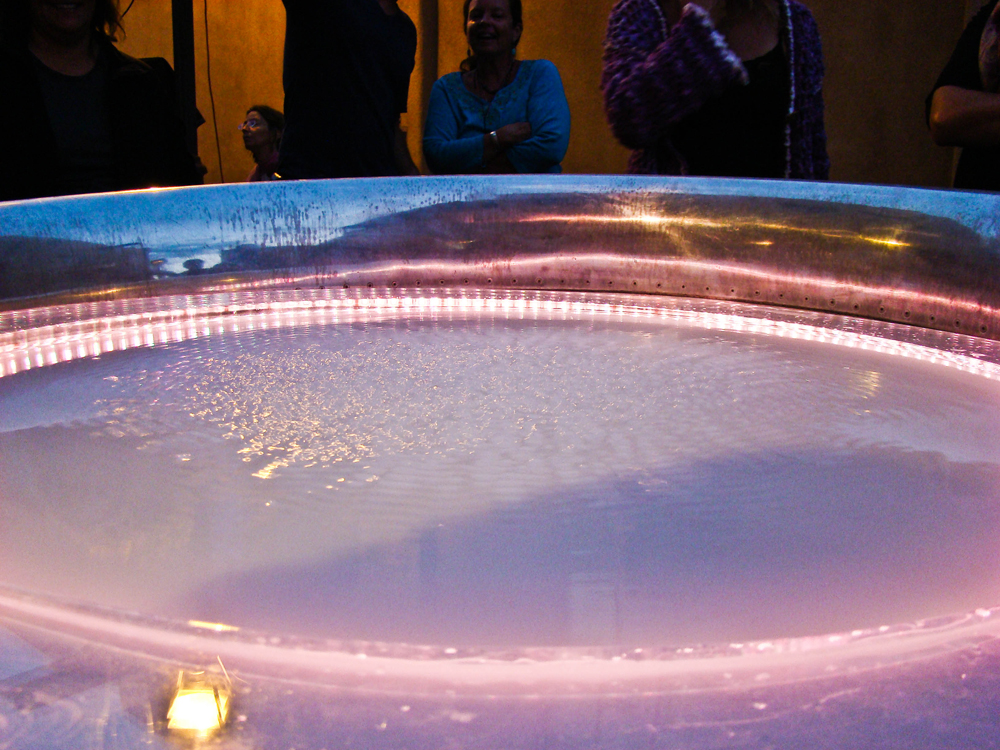 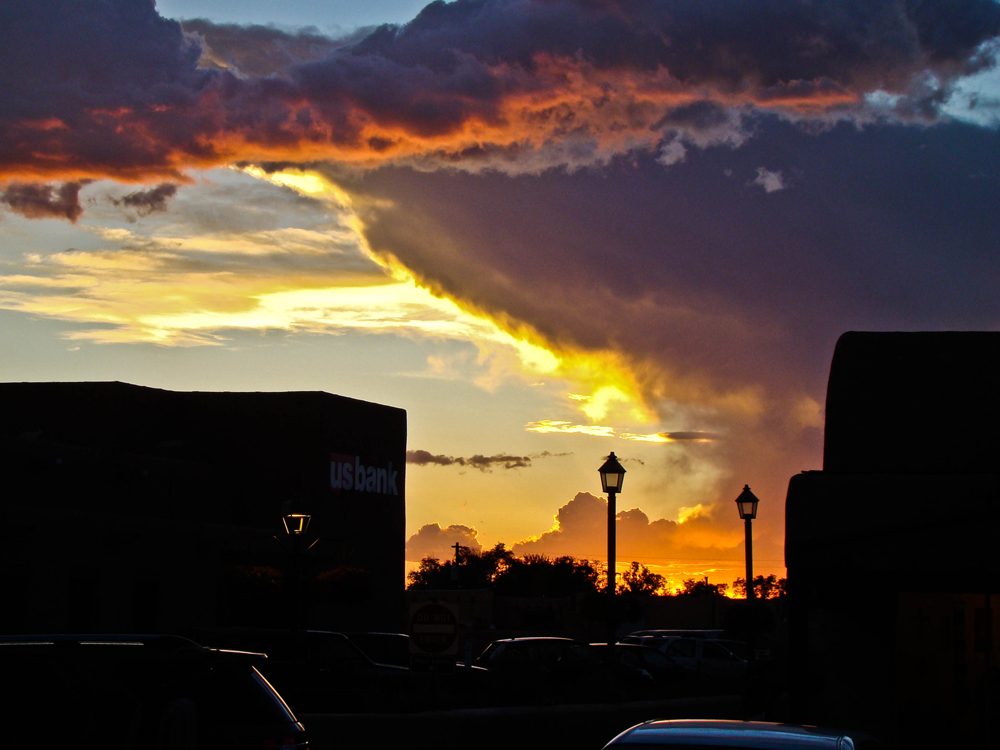 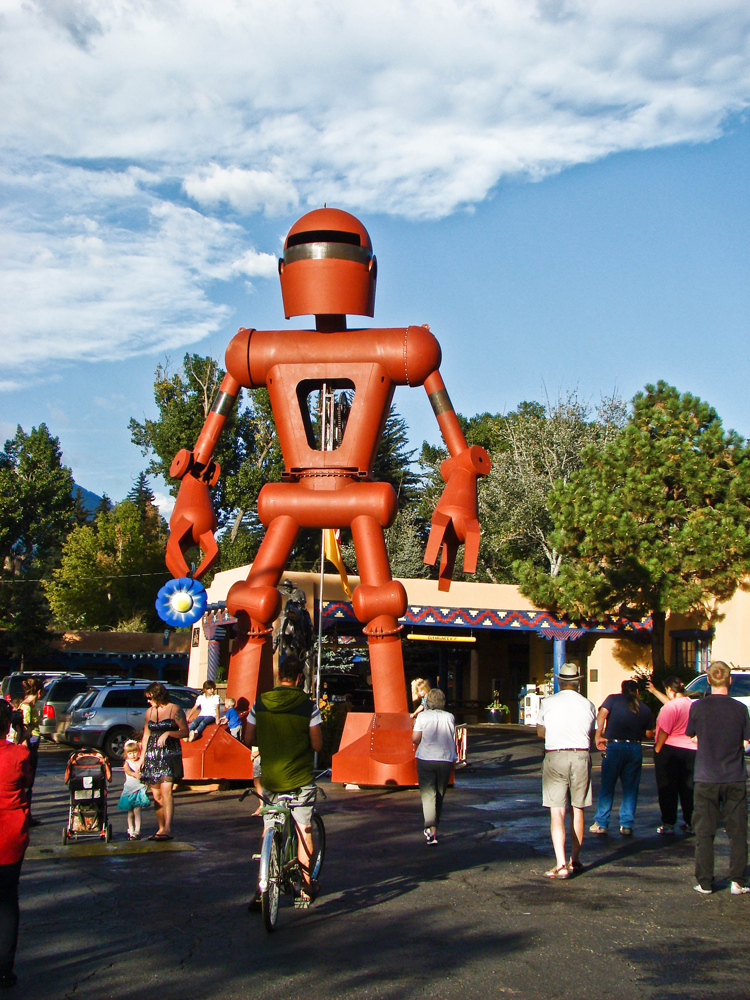