The Kachina Peak chair was more than 10 years in the making. After the U.S. Forest Service signed off on the plan, it was a lack of money that stalled progress. When the money moved in, the lift went up. And then it sat. And sat. And sat. For two and a half months skiers and boarders could only window shop as they slid past it.

Chair 12, as it also known, finally opened on Friday the 13th, just in time for the busy Presidents Weekend. And 40 minutes later, it stopped. After another 40 minutes it was up and running again, and it’s been whisking skiers to the top every day since.

After a week of lift service to the Peak, I sat down with Taos Ski Valley CEO Gordon Briner to hear some of his thoughts on the lift and future development plans in Taos Ski Valley.

Gordon Briner on how it felt to watch the lift that took 10 years to get built sit idle for the first two and a half months of the ski season:

I’ve done this enough to know snow is one of the factors you can’t control. We wished the lift and the Kachina Peak terrain was open as soon as possible, but we didn’t have the snow. I will say again and again that the patrol did a very good job getting the conditions to where we could open the lift.

GB on the impact the lift had on business over the holiday weekend:

It was a nice, healthy weekend. Clearly there were a lot of people interested in the lift. How much of that was curiosity and how much of that was people who are going to want to do it on a regular basis is still to be determined. For us it’s really a reinforcement of what we’ve been saying for a long time: it’s some of the most spectacular skiing in North America.

The Kachina Peak lift increases our lift-served advanced terrain 50%. That’s a lot of terrain. And it skis bigger than that. You and I could go out there and spend hours and not ski the same line. 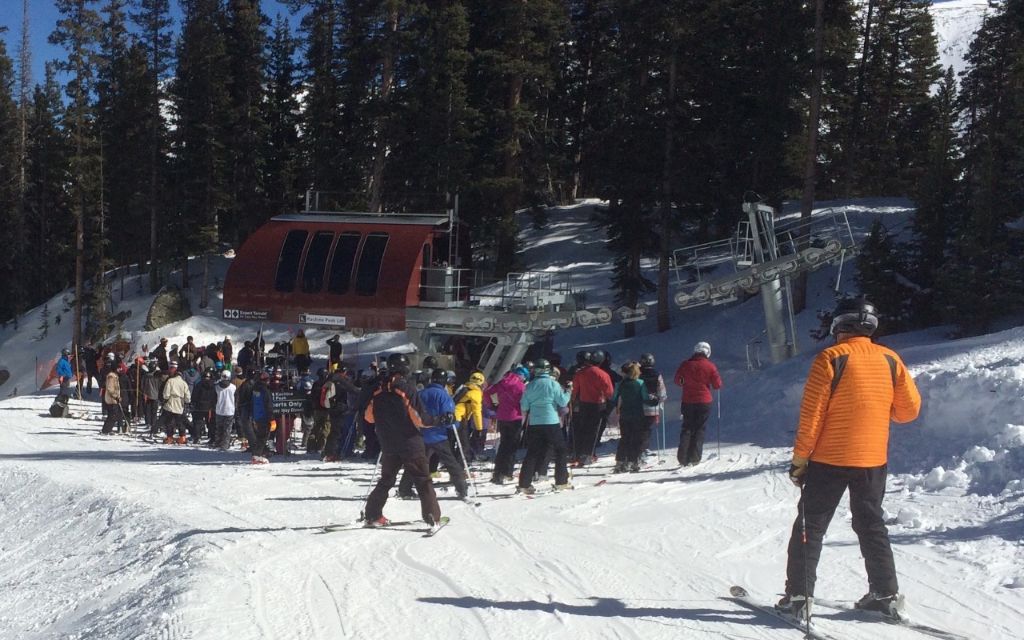 On having to temporarily shut the lift down 40 minutes after letting skiers and boarders ride it for the first time:

You like to think you’ve done everything to have the lift working properly. You do the load test and they do all the things that should give you a certain level of confidence, but what happened was something very common. The belts stretched just enough that a 1/16th of an inch adjustment made the difference between operating the lift and not operating the lift.  Of course you’d like to not have that happen on the very first day, but it wasn’t like, “Oh my god, I can’t believe this happened.”

On the possibility of grooming Main Street, which was completely covered with bumps after just a day of skiing:

We’re learning a lot this year. One of the things we learned is that there may be times when the Peak is only open as hike-to terrain. We’ll try to groom it this year, but first we need enough snow. We feel it’s likely it will be something we groom in the future.  Whether it’s once a month or twice a month is still to be determined. 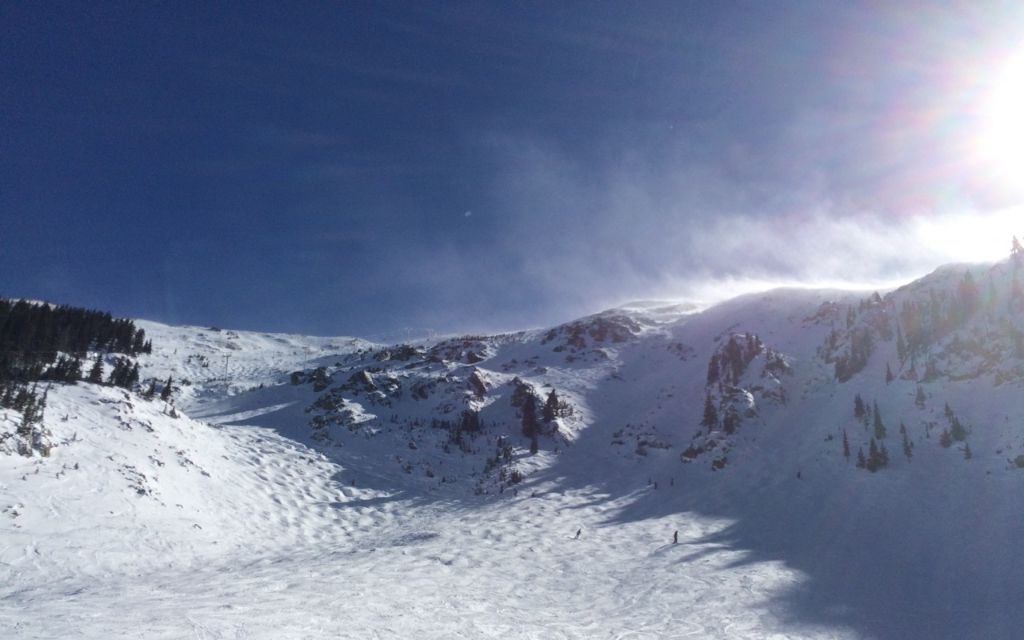 The bumps on Main Street popped up after just one day.

On the plans for the new building in the old shuttle-stop location (construction starts this spring):

It will have underground parking for the overnight guests. It will have new skier services: the rental shop, the retail shop, the ski school sales, the ticket sales. Above will be 80 hotel rooms. On top of that will be some condominium units.

We’re the only resort that we know of that has fewer beds in it now than it did twenty years ago. That’s a hard way to run a business. The town of Taos is great, but we know people say, “I’m not going to go to Taos (Ski Valley) because I can’t get a bed there.”

On the premiere of the Wild West:

There may be enough snow there right now, but we’re going to wait for one more storm. We’ll open it up this year and then we’ll open up the glade more and more, like we did with North American. We’ll try to get a feel for which trees should stay and which trees should go away.

And finally, on the cellphone service problems:

Last year every person in this organization said cell phone service in this area is a priority. And every person would have said with a level of confidence that for the winter of 2014-2015 we’ll have better cell phone service. So here we are toward the end of February and it ain’t there. That’s as frustrating as anything we’ve dealt with.

AT&T should be the first one to have significantly better cellphone service. Verizon isn’t going to happen this year. It’s probably more frustrating than having to wait to get the lift open.