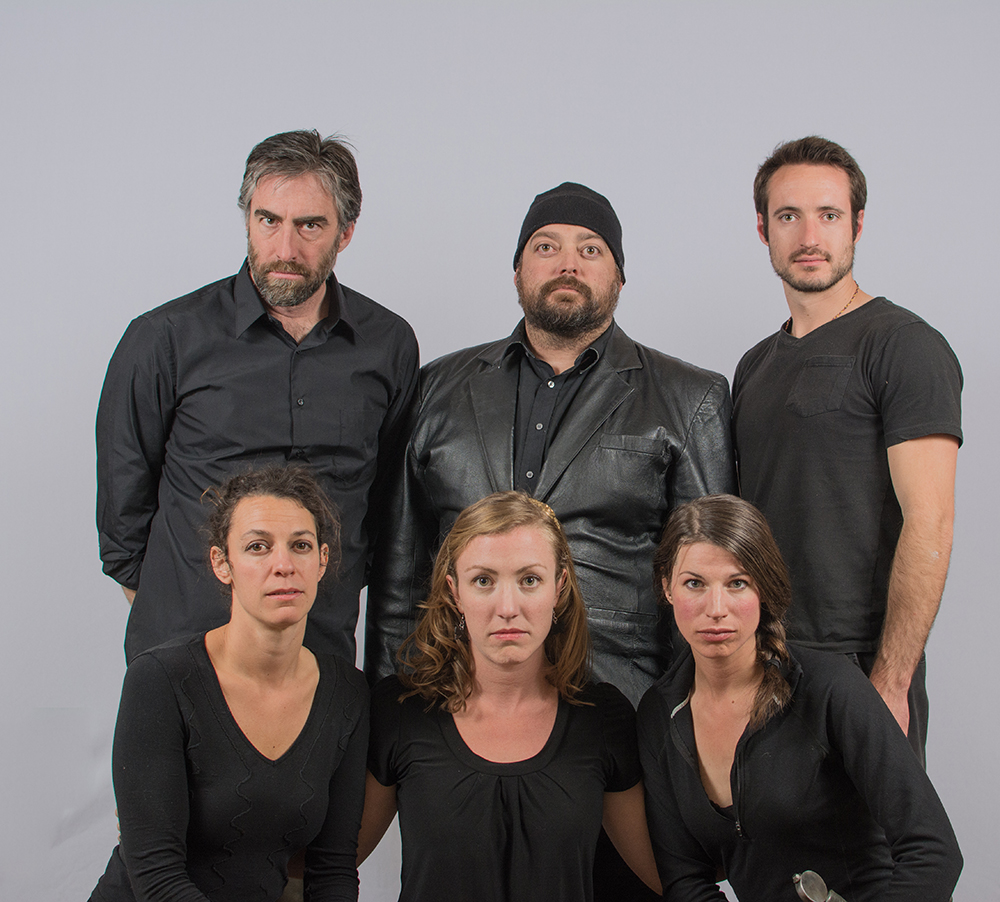 The time is 7 p.m., the sun is gloriously setting purpled and bruised behind me. I’m standing on the lawn behind Taos Clay with seven other individuals I have no shame in calling my family. My tongue bursts from my mouth, cascades along my chin, while my eyes bulge beyond the capacity of their sockets. Accompanying my grotesque face is a guttural gurgling ahhhhhhhhhhh sound. Honestly, a respectable lion would be appalled. The eight of us have two weeks until we open Teatro Serpiente’s six-actor production of Macbeth. What are we doing lounging on the lawn in the dying light of day making hideous faces across a circle from one another? Warm-ups, of course. A girl can’t be expected to perform Shakespeare on wit alone. 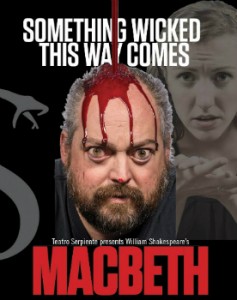 My name is Gina Gargone, and along with director Adam Overley-Black, stage manager Kate Martin, and actors Rich Greywolf, Scott Tennant, Travis Webb, Rita O’Connell, and Ashley Turin, I am currently engaged in staging this six-actor Macbeth. What does that look like? In a quick nutshell, Rich holds steady as the anchoring character Macbeth, and the rest of us rotate around him in a maelstrom of characters and emotions spurring Shakespeare’s title tragic character towards his ultimate undoing.

The idea of a small cast Macbeth came to us, as many great ideas have before and after, on a balmy evening sitting on the patio at Taos Ale house during the summer of 2012. But why, we wondered? Why do a small-cast Shakespeare, when there are clearly so many parts to divvy up? How would the story be better served with a small cast? Oh, yes — it’s about the story. Instead of being distracted by the role we have as individual characters, a small cast playing many parts can really, as an ensemble, focus on telling the story. 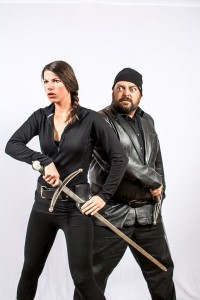 And there our Macbeth sat and stewed until now. Six actors, one director, and a very dedicated stage manager have finally all come together to tell one tragic story. A story that tugs at those dark heartstrings we’d like to forget we have. You know the ones I’m talking about. Those strings that lie buried beneath our proclivities for cute puppies, sunny windless days, and bubble machines. The strings that whisper and writhe in the deep dark hours of the night — What if i had my absolute way? What if I were crowned king of the world? What if I led a charmed life? Well… spoiler alert… no one does.

Light refreshment, coffee and tea will be served by Lauryn Romero of Sweet Sol, and yes, there will be traditional 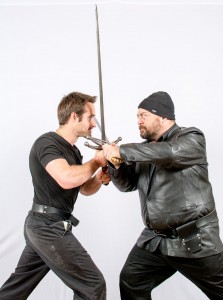 Scottish Shortbread! Tickets are $15 or $12 for students, seniors and teachers. For tickets and more information please call our box office 751-1183.

But wait, there’s more. On Saturday April 18th, Macbeth is going on the road to Taos Mesa Brewing for an evening of highlights, swordfights, and BEER! Macbeth (abridged, abridged) [with beer] will be performed for one night only at Taos Mesa Brewing! Tickets are $10 at the door.

One final word for any of you wondering about the ever-present curse that’s said to surround Shakespeare’s Macbeth — my unsolicited opinion of course. Macbeth is about the darkest corners of human nature, and who we can become without tempered examination of them. We as a society can either talk about it or not — but if we’re not willing to talk about it, then not saying the title name of long-dead playwright’s play is not going to protect us.