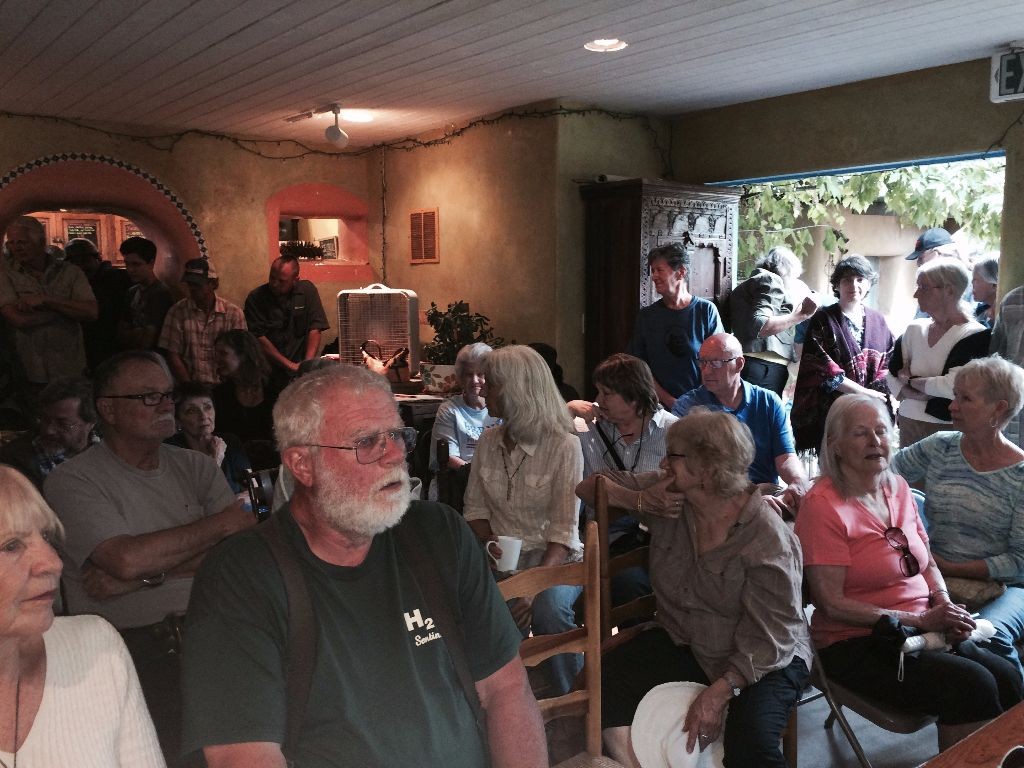 In the event held at Caffe Tazza on Wednesday, July 29th, an overflow crowd of more than 60 local residents gathered to watch a video broadcast nationally by the Bernie Sanders presidential campaign. Supporters introduced themselves and expressed their views regarding the present national political climate and their reasons for supporting Bernie as our next president.

“I’m amazed at the turnout since it was only advertised on social media,” said organizer David Cortez. “If we had listed it in the Tempo, and if it could have been slated for 7:00 pm instead of 5:00 pm, we would have had crowds billowing out into the street.”

People for Bernie helped mobilize over 100,000 Americans who came together Wednesday evening at 3,725 events to watch a video presented by Bernie and to discuss the direction in which our nation is heading. This is the first in a series of steps planned to build momentum for the upcoming presidential campaign.

Sanders’ messages of combating income and wealth inequality, overturning Citizens United, making public colleges and universities tuition-free, ending mass incarceration and expanding Medicare to provide health care to all Americans elicited applause from the crowd at Caffe Tazza and no doubt at all the other events.

After watching the video, Taos attendees decided that, even though the election is 15 months out, they need to start organizing now. An important first step would be to find a larger venue – perhaps an office that is not being used – and to create a working team of volunteers to organize future events. Attendee Susann McCarthy suggested afterward that we should hold events at Kit Carson Electric Coop since it’s free and has media capabilities.

However, the first tangible step in organizing this newly forming group of Taosenos for Bernie was to formulate an email list and a telephone tree of all the attendees, so that’s what happened Wednesday evening.  If anyone who was unable to attend the meeting wishes to be added to the list of  Bernie supporters, please call David Cortez at 202-425-5435.

Sanders has called for a “Political Revolution” to inspire average citizens to come together to combat the billionaire class, which is out to buy this election and dominate the political landscape.

The huge crowds Sanders has commanded at recent public rallies – 10,000 in Madison and 12,000 in Phoenix –  have led to new slogans like “Sanderstorm” and “Feel the Bern,” some of which were echoed Wednesday night at Caffe Tazza.

Undeterred by the powers of the oligarchy they complained about, participants in Taos’ meetup were excited to join forces – not as Democrats, Republicans or Independents, but as Americans who feel that their voices are being drowned out by big money interests.

“I had become so discouraged by recent politics that I switched from the Democratic Party to the Independent Party,” commented local resident Victoria Prince. “Now I have to switch back.” 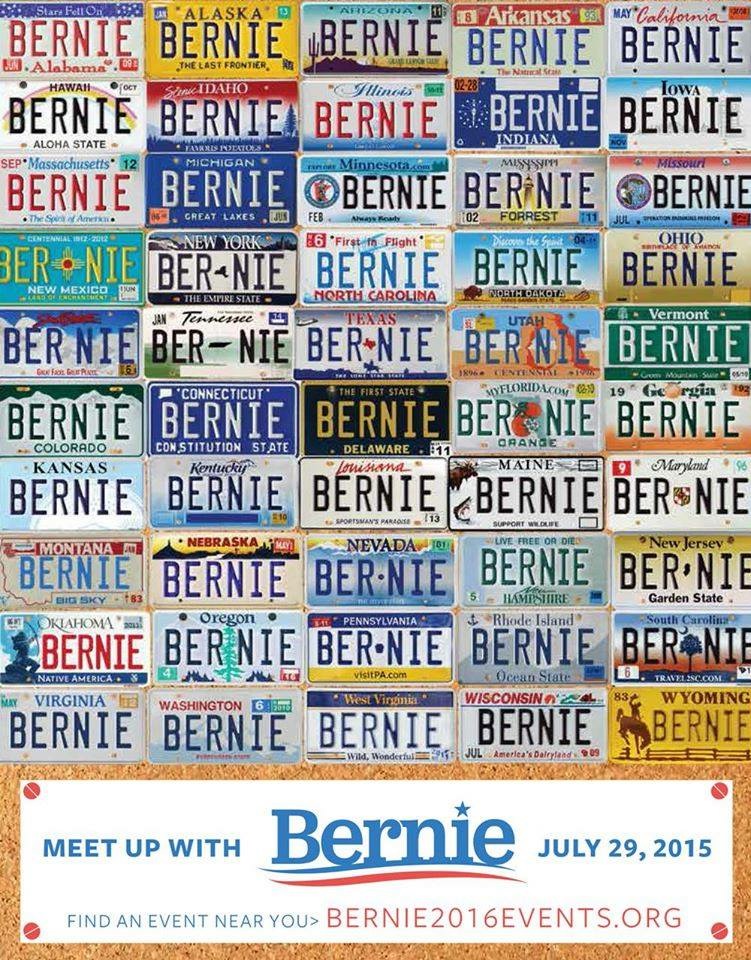 Numerous supporters in the crowd commented that this was the first time they had ever contributed to a campaign because they finally believed in a candidate. When a supporter reported having contributed $500, he received a round of applause.

Many attendees touted Bernie as an honest, experienced  leader who has always fought for the people. They asserted that he is the only candidate who does not accept corporate funding and is therefore able to face off and lock horns with the overly powerful corporations and banks that have been controlling national politics.

As they left the meeting, many participants felt empowered to not only take part in Sanders’ presidential campaign, but also work to take back their state and local governments. Many Taosenos have been disappointed in recent decisions by local officials who voted against the will of a vast majority of residents regarding the Taos Airport expansion, the Chrysalis School and Stray Hearts Animal Shelter.

As people streamed out, organizer David Cortez, a former member of the Occupy Movement, called out to supporters that we have to first reclaim our own local political power. “Don’t forget to vote in the upcoming Town Council and County Commissioner meetings!”