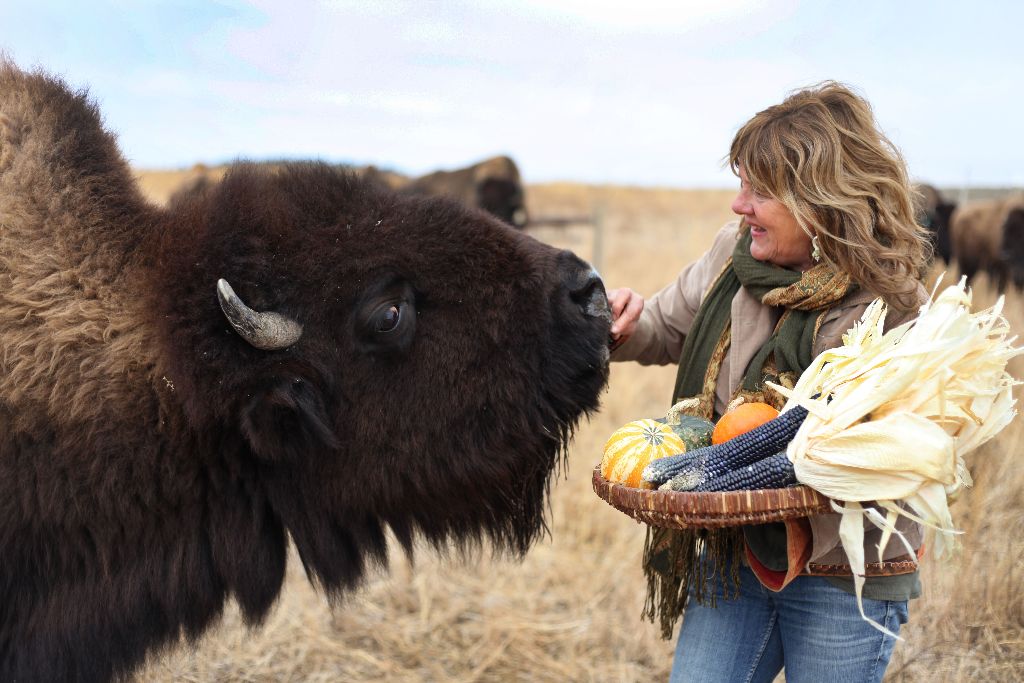 The homepage of the Farmhouse Café website (www.farmhousecafeandbakery.com) shows owner Micah Roseberry gently scratching the nose of a dark brown buffalo with one hand while she gracefully balances a basket full of blue corn with another. A peaceful yet playful expression is on her face, as if she was petting the family dog, not a 2-ton mammoth. Not many people would be able to pull off a shot like this. Then again, this is Micah Roseberry ─ farmer, educator and food security advocate extraordinaire ─ we are talking about; the visual analogy fits her to a tee. Ever since she opened the Farmhouse Café and Bakery in El Prado a little over year ago, she has seemingly done the impossible in creating a business that is almost exclusively locally-sourced ─ and she has done it with a gentle determination that has become her signature.

Within the fast-paced, greasy-floored food service industry in general (and especially in Taos, where joints come and go as fast as a Northern New Mexico snow-storm) the Farmhouse Café and Bakery is in a class by itself. With a dining room that is often packed to capacity and over 20 local farms and ranches adding their wares to the Farmhouse’s 100% organic culinary offerings, the restaurant is single-handedly becoming an example of what sustainable economics can look like. Lately, folks from all over have begun to take notice. 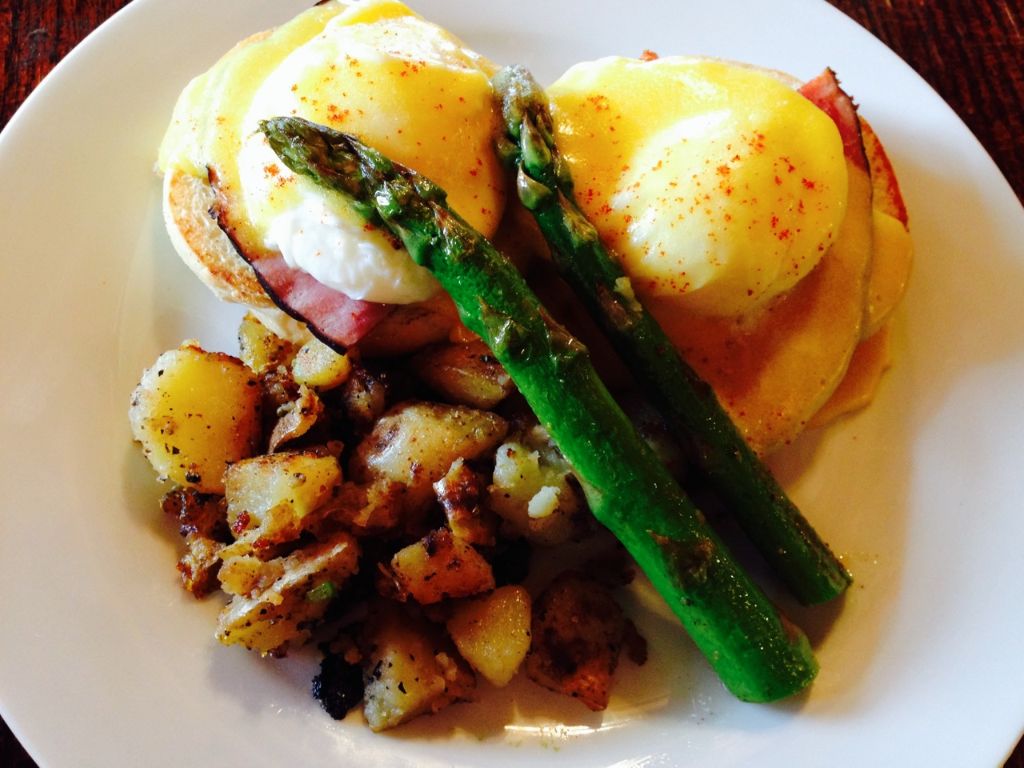 “The food creates a conversation,” Roseberry explains. “Probably 80% of the people who come here are coming because it is farm-to-table and organic and they have read something about the mission of what we are doing.”

What the Farmhouse is doing is not only creating some delicious, down-home eats (the Shepard’s Pie with local lamb and gluten-free gravy is to die for), it is also strengthening the regional food network in a very tangible, nuts-and-bolts kind of way as well.  As of the end of last year, the Farmhouse Café had purchased 5,500 pounds of organic flour from the Costilla-based Sangre de Cristo Wheat Project, 2,000 gallons of organic oil from La Montanita Co-op, 4,400 pounds of locally-grown potatoes from organic farmers throughout the region and 6,600 dozen organic eggs from locally-owned Happy Hen Farms. The weekly orders that Farmhouse makes to local businesses often keep these small operations afloat for another year. In some cases, it is a primary reason for expansion of their operations. Happy Hen Farms, for example, had to increase their flock just to keep up with the demand. 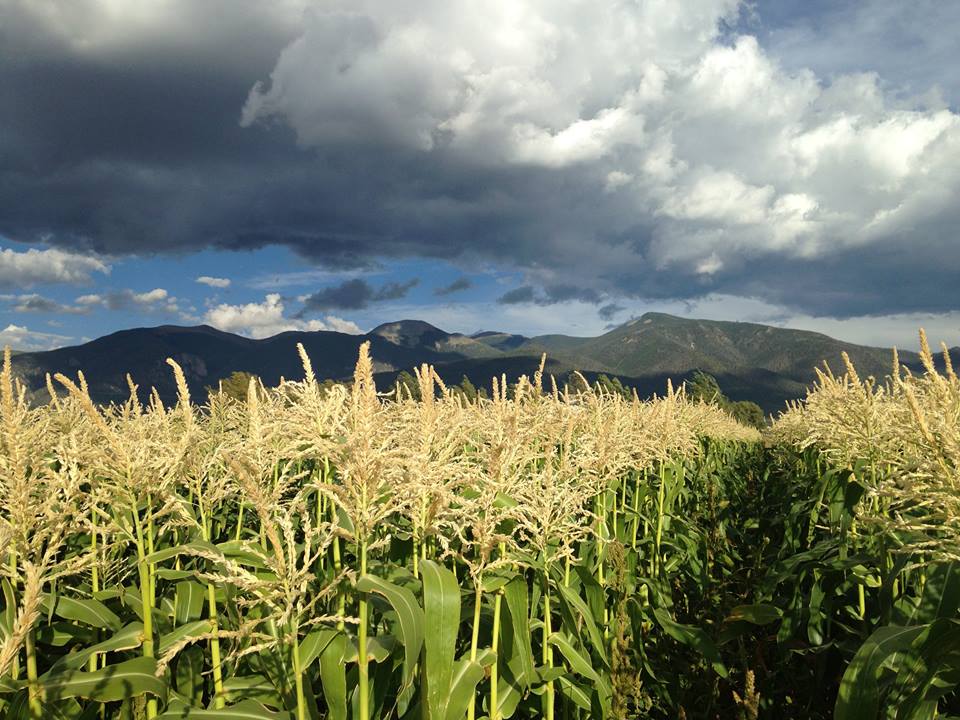 “The Farmhouse Café is a restaurant and bakery but it is also a community project,” says Roseberry, who has been a farmer and educator for the last 25 years and is also co-owner of Cerro Vista Farms. “I felt like [opening up a café] would be the quickest way I could help build local farm capacities and increase the amount of food that we are growing here, which would affect the economy and our food security.” 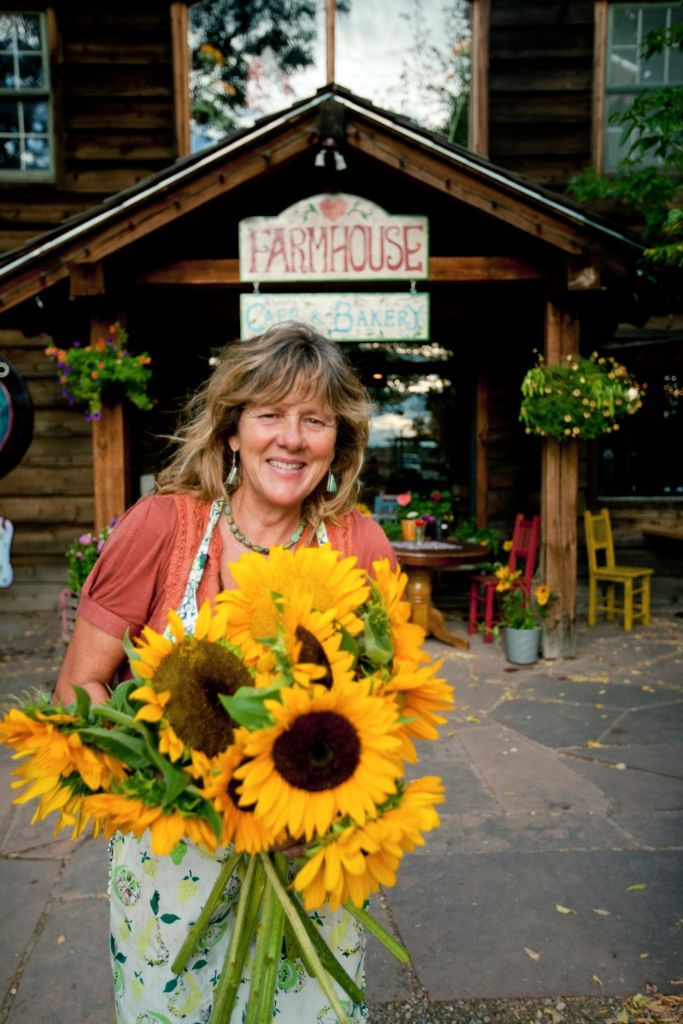 Year number two of Farmhouse operation is seeing an expansion of this mission out into the community at large, especially through working with area educational institutions. Farmhouse currently sponsors garden projects at Enos Garcia Elementary (where the restaurant gets most its calabacitas) and provides organic breakfasts and lunches to a growing number of local childcare centers, including the UNM-Taos Kid’s Campus Center for Early Learning.  And starting spring 2015, the Farmhouse also became a classroom. “Farming and Sustainability” is a class through the UNM-Taos Green Technology program. It began in January and is being taught, of course, by Ms. Roseberry herself.

Nikki Lyn Pugh writes for edible magazine, Taos News/Tempo and various other publications around the area. She also schleps herself out to good causes (and good people) every chance she gets as a marketing copywriter and book editor. More information can be found at www.asyourword.com.