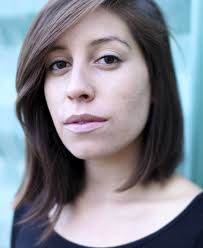 Earlier this week, I sat down with 23-year-old dynamo Jacquelyn Cordova at the Coffee Spot to hear about the myriad amazing programs she’s bringing to life in Taos these days. Jacquelyn has been on my list to catch up with for some time, as she’s intimately involved in two Taos artistic staples that are very near to my heart — Metta Theatre (as the Vice President) and SOMOS (as the Young Writers Program Coordinator). As we started chatting, it became obvious that her backstory is critical to understanding the deeply inspiring work she’s engaged in in Taos.

Jacquelyn moved to Taos from California in the seventh grade. She was always told she would have to move away from Taos after high school, because there were no opportunities here. So she went away to college in Chicago, then moved out to Washington State. But after a year spent on Lummi Island, off the coast of Washington near Bellingham — a ten-mile-around island with an amazing sense of family, that “hey, I got you” feeling, — she realized she was supposed to be here in Taos, working and thriving within the community she came from.

And when she moved back a few years ago, she was stunned to find out how much is going on here. “I personally want to stay here,” she told me. “I love Taos.”

But Jacquelyn’s work doesn’t stop with Metta; you can see the fruits of her labor as the director of the SOMOS Young Writers program in action tonight (Friday October 24), at 7pm at the Harwood, with the first public reading of this year’s program, themed What I See, What I Can Change.

Through SOMOS, adult writers are currently working with young writers (7th – 12th grade) in Taos schools, exploring the craft of writing under the theme What I See, What I Can Change (which is actually a Metta Theatre baby concept, seamlessly bringing together key facets of Jacquelyn’s work). One of the main focuses of this theme? Not ignoring the hard stuff.

“There’s a lot of tragedy in Taos. It all balances out because it’s so awesome here, but we could really be doing a lot more about the tragedy,” says Jacquelyn. “These kids see so much. So we say to them, ‘We want to know what you see. What makes you want to live? And what makes you want to kill yourself? And what can you do about it?'”

Although the program asks the hard questions, the focus is on helping young writers use their observations of their community to bring positive change to the world. And to help manifest that change, Jacquelyn emphasizes the importance of one of the philosophical cornerstones of Metta Theatre: really listen, really answer. It’s something Bruce learned years ago while studying Meisner technique at the Actor’s Studio in New York; Jacquelyn and her mentors have applied it to the SOMOS program, and are looking forward to bringing it to the public tonight as the young writers read some of their work in the Arthur Bell Auditorium.

We encourage you to get out to the Harwood this evening and really listen, Taos.