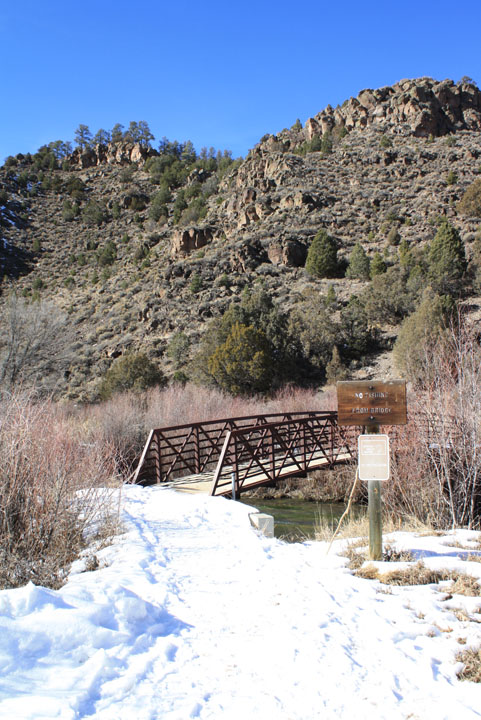 I used to hate that my birthday falls in the middle of the coldest month of the year. Do you know how hard it is to get your friends to go out when it’s 10 degrees? I always envied those who could celebrate their birthdays with swim parties and barbeques, while mine usually involved frigid temperatures and icy streets. I used to try to find a party or go out to a concert, but as time has gone by, I’m less inclined to go out at night when it’s cold (I don’t party like I used to).

So when my husband asked me what I wanted to do this year, I had to give it some thought. He had to work on my actual birthday, so we decided to celebrate together the day before. Fortunately, Taos weather was very compliant and promised warm sunny days for a fun weekend.

We started with a brief trip to Taos Public Library to update our cards, then a nice, although somewhat muddy hike, along the Gorge edge. This worked up our appetites enough to send us out to Carson to the Poco Loco General Store, where they serve up fantastic pizza on the weekends. We had to wait a bit, as someone had just placed an order ahead of us, but this afforded us the opportunity to visit with some of the locals, who were lounging in the sun on the front steps. Afterwards, he ambled over to a friend’s house, where the Taos Homebrew Club was busy concocting some tasty brews. We stayed for a few hours, talking and sampling homemade beer and wine.

On the morning of my actual birthday, as Bill was getting ready for work, he asked me again if I had decided what I was going to do. He had been encouraging me to call up some friends, but most of them were otherwise occupied. Besides, as I had been giving it some thought, there was one memorable birthday that kept floating into my consciousness, like a bubble in a still pond. I was living in Illinois at the time, and I can’t remember why I was alone that day, but I ended up spending several hours at an outdoor sculpture garden by myself. It was unseasonably warm but still very quiet, with no one else around that day, and I distinctly remember the sound of a large wooden sculpture, suspended in the trees, creaking in the wind. The memory has stuck with me, many years later. 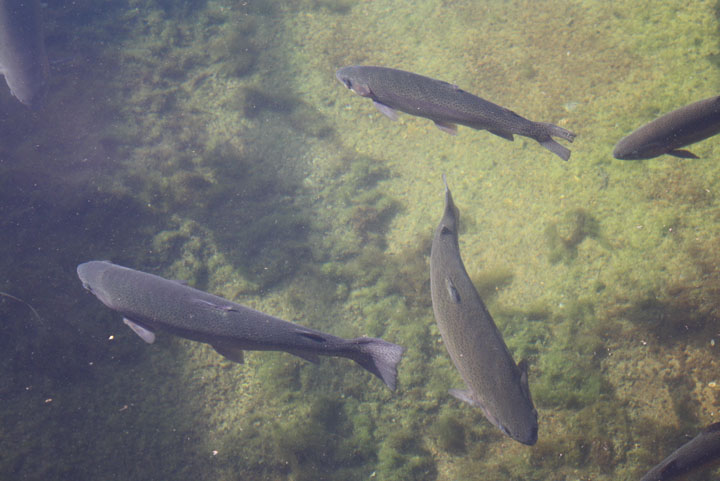 I decided I wanted to experience that feeling again, so I set out alone. I spent an hour or two wandering the back streets of Taos, taking pictures and soaking in the stillness. Taos is very quiet on a Sunday morning in the middle of January. As it warmed up, I drove out to the Red River Fish Hatchery outside of Questa. By the time I arrived, it was warm enough to lose the jacket. I spent the next few hours exploring – if you haven’t been to the hatchery, you must go. I fed the big trout as they swam around the visitor center, I strolled past the raceways, and I took a peek at the teeny tiny baby fish floating quietly in their tanks.

Afterward, I pulled over at a picnic area on the side of the road and had a snack lunch. I listened to the birds, I poked around in the trees. All was still. And it was just me. I breathed deeply and was so thankful to be able to take this time to just be with myself. It was rejuvenating, an appropriate way to celebrate my time on this earth.

The love and company of friends and family is always welcome, but it’s easy to forget how beautiful it can be to spend some time alone. It’s a luxury we don’t often allow ourselves.