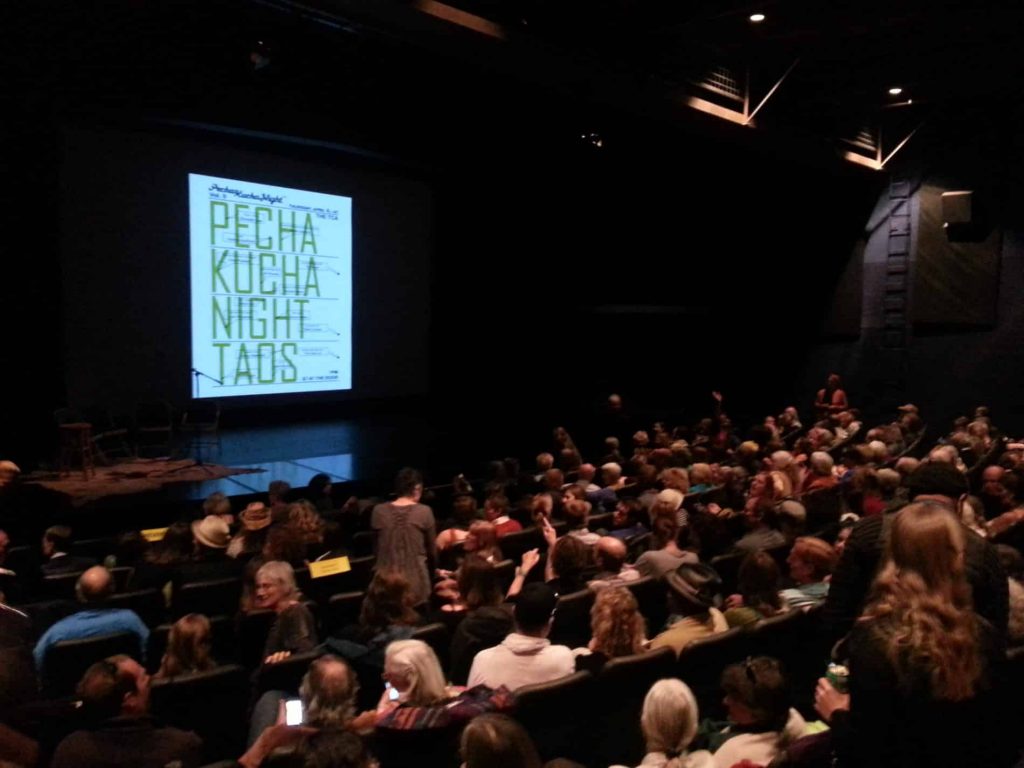 The first Pecha Kucha Night of 2018 in Taos will also be the 25th edition of the event that has piqued interests and created inspiration of and for the community since 2010.

A Japanese term referring to the audible sound of “chit chat,” Pecha Kucha works like this (in case you’ve been under a rock): A group of artists are each given six minutes and 40 seconds to present 20 images of their work. The images change every 20 seconds.

This installment of Pecha Kucha will feature live entertainment by Kate Mann and Mark Dudrow, “fro-yo” (what the kids call frozen yogurt) from Ziggy’s Frozen Yogurt, drinks provided by the TCA, and ample social time for patrons and artists alike.

The 25th Taos Pecha Kucha Night will take place at the Taos Community Auditorium at the Taos Center for the Arts, 133 Paseo del Pueblo Norte, on Thursday, Jan. 25. The doors will open at 6 p.m. with preshow drinks and music. Tickets are $10 at the door or in advance at the TCA offices, or online at tcataos.org.

Offered three times a year, Pecha Kucha Night Taos has hosted more than 250 presentations over seven years. Check them out at vemeo.com/pechakuchataos. 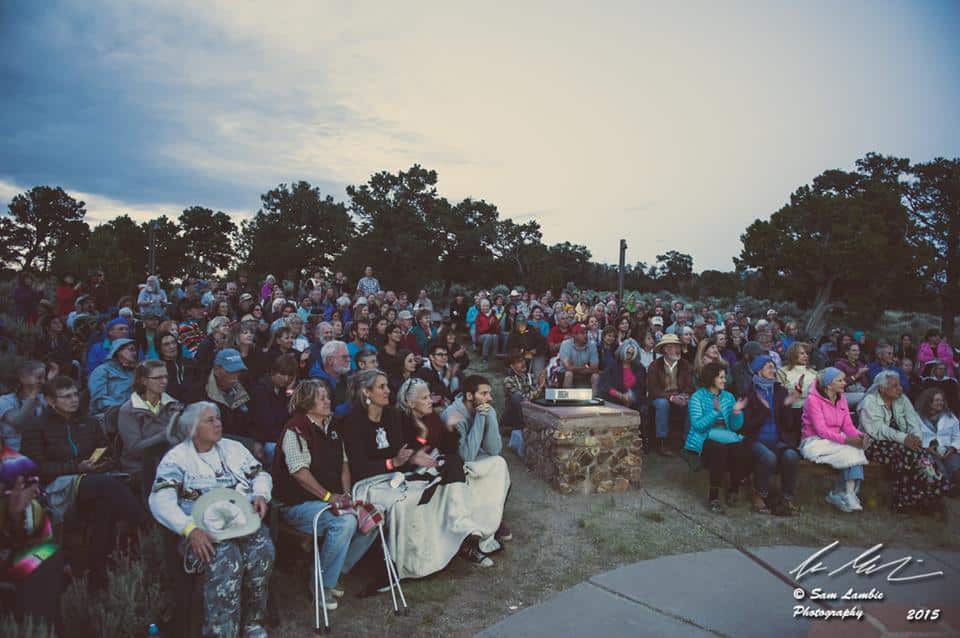 A Pecha Kucha event in 2015. Photo by Sam Lambie