If you were on the internet at all today, you probably saw photos, footage, or commentary about 1 Billion Rising. V-Day, a project to end global violence against women and girls, created this event to demand an end to the brutality women around the world experience every day. (Actually, if you live in a big enough city or town, you probably saw some of these “dance flash mobs” in person.)

Statistically, 1 in 3 women on the planet will be raped or beaten in her lifetime; 1 Billion Rising and V-Day are over it (yup, you better believe Eve Ensler is involved in this shit), and they decided to use to power of the internet to show it.

1 Billion Rising released a video and toolkit several months ago so that people could learn a choreographed dance in advance; their goal was to get at least a billion people dancing, together, the same dance, all around the globe, in a single day.

So today, all over the world, women (and the men who love them) gathered in public spaces, wearing red, to dance together; to say “no more” to an international epidemic of violence that suppresses women and girls. There’s some pretty spectacular live footage of this happening, seriously everywhere, right now.

Here in Taos, Kiki and Genevieve organized a Plaza Dance Strike at 3:30 this afternoon. A couple hundred people turned out, on this cold and windy but clear day; most wearing red, many there to dance. In a lot of ways, this was the perfect Taos event — get out the stiltwalkers, red glitter, cameras, protest posters, and kids, and head to a midafternoon dance party!

It was really lovely; kudos to the organizers and to the many Taosenos who showed up to make their voices heard. Never let it be said that Taos failed to participate loudly in an international movement! 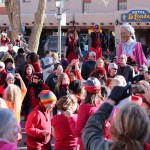 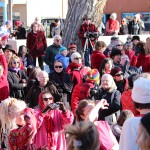 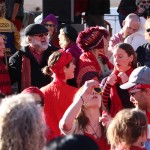 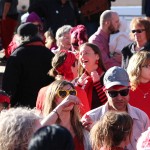 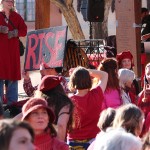 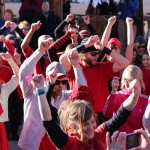 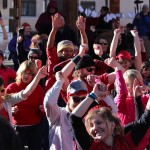 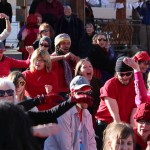 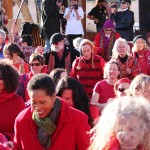 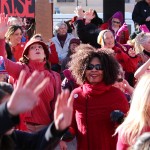 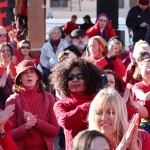 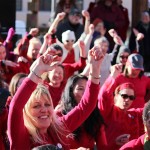 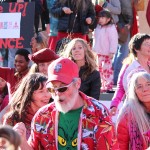 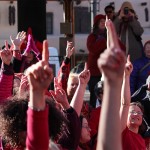 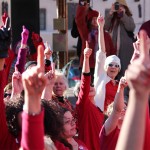 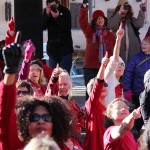 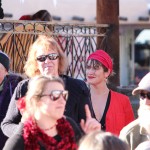 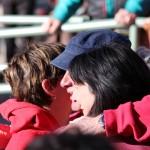 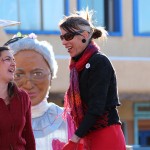 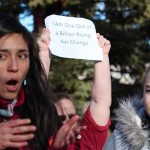 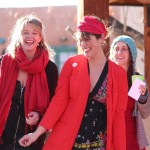 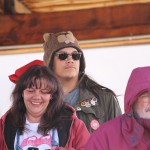 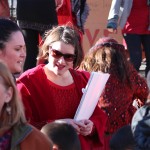 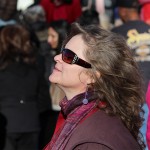