On Friday, February 13, Lit Up Writers returns to Metta Theatre. A live show blending storytelling and literature, join them for a great pre-Valentine’s Day treat. “Love on the Rocks” will feature comedic tales revolving around the dysfunctional side of Eros. Heartbreak, crushes, kinks, obsession, and other barbed elements, affirming the words of the immortal Bard: “Love is a smoke and is made with the fume of sighs.”

To whet your appetite, here’s an excerpt from what Linda Michel-Cassidy read last time:

Excerpt From “Those Swedes and Their Clogs”

Imagine a high school boy confident enough to wear clogs to school: This was Matt. I followed him into the yoga alternative to Gym, where he flipped his clogs off and took a spot in the front row. I was a girl brave enough to let her mother give her a perm in the kitchen. So that’s what we looked like: me with a home perm and Matt in wooden-soled clogs. That gave me the idea to wear three-inch lime green hoop earrings and use a thrift-store bowling bag as my purse. It was all very off-the-hook.

Matt wore clogs year-round, even in the winter. It’s what the Swedish do, he said. Well, what did I know?

Linda Michel-Cassidy’s writing has appeared or is upcoming in the Tahoma Review, Blackheart’s Best of the First Ten Years, the anthology Seeking Its Own Level, Prick of the Spindle, Jet Fuel and others. She writes reviews for The Review Review and Consequence Magazine. She is hard at work on a chapbook and a fiction collection. She recently completed a dual MFA in fiction and nonfiction at Bennington. 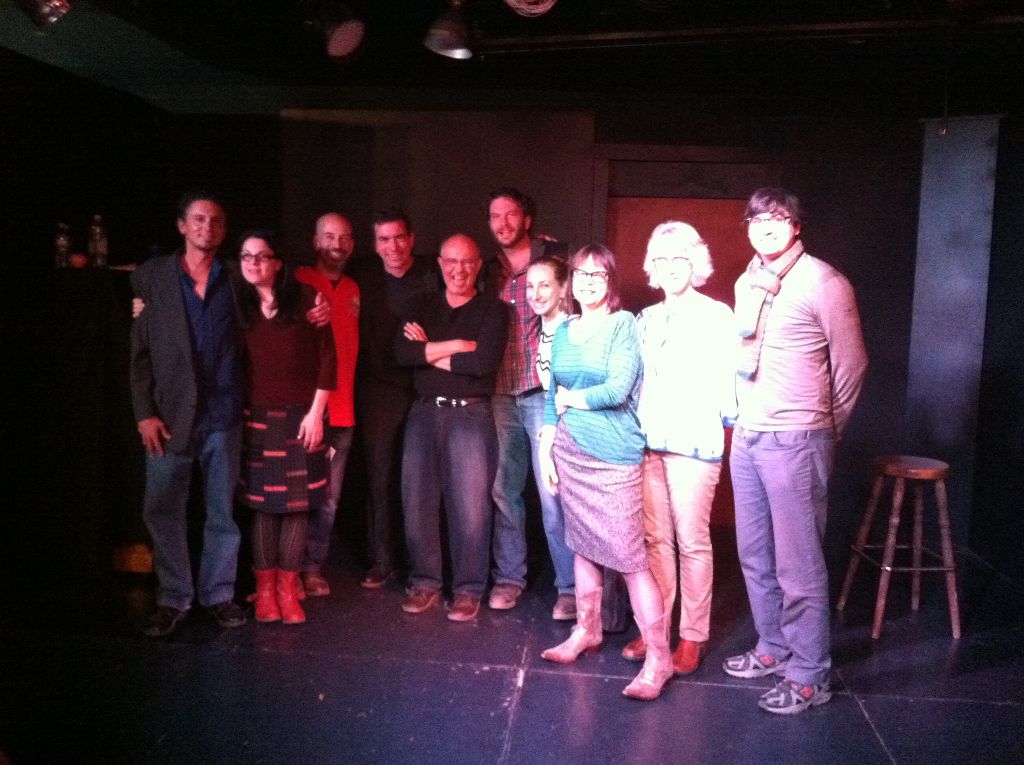 Last year’s Lit Up Writers at Metta; many returning for Friday’s show!

About Lit Up Writers

Lit Up writers began in San Francisco in 2005 and produced monthly in Los Angeles since 2012, by Carolyn Martone. It’s a live monthly show wherein writers read their true, first-person stories with a comedic bent, live in front of an audience.  Storytelling shows like ‘The Moth,’ ‘Snap Judgment,’ and ‘Mortified’ have all been embraced on the national level through NPR. Cities have adapted these shows for the stage, embracing the long-lost art of storytelling as both a literary and theatrical experience. Lit Up Writers inaugural show in Taos was in November of 2014, and a fundraiser for SOMOS and the Metta Theater Young Artist’s Program.