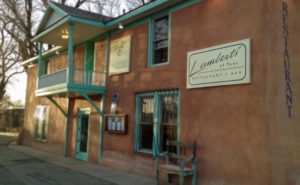 I have to admit that I was a bit skeptical.  I have always loved Lambert’s. The red sofas in the bar, the fantastic martinis, and the best Manhattan anywhere, have always given me a cozy city feel that was not replicated any else in Taos.  Plus, they’ve always had the best service, hands-down.

So moving the red sofa to the Apple Tree and doubling the size? Sounded tricky to me. When I walked into the Treehouse Lounge, the new Lambert’s bar upstairs at the old Apple Tree on Bent Street, I kind of felt like a school girl having to move mid-year — wary about how to act, because I knew when I walked into the classroom I’d have to find a new seat.

And sure enough, as I walked into the new Lambert’s, the red sofas were not to be seen. But neither was the old Apple Tree. The Treehouse Lounge is crisp and still holds that city-feel, with contemporary, beautiful fixtures. It is simple, and just right. We did have to move to a couple of different seats. (The first place we sat, my husband feared his back would hurt in a few minutes, as it was more like a tuffet than a chair.) But once we settled into a nice spot, we were greeted with the usual delightful service from Benito, a couple of Manhattans, and the always-delicious lamb tacos.

The Treehouse Lounge is at least double the size of the old bar at Lambert’s, but one couldn’t tell from the attention we got. As usual, before our drinks were finished, Benito was preparing round two. And before the second drinks came, I was settled in. Still tops my list.

Downstairs in Lambert’s, the restaurant, they have restored the space beautifully. The space is crisp and simple. Admittedly, I was never much of a fan of Apple Tree. I found it cramped and cluttered. But not now — Lambert’s is just right. Tony, one of our favorite servers in Taos, took care of us for the evening. (Make sure you ask for him when you eat there.) Our meals were fantastic, as usual. There’s really nothing more to say about that: the beet salad and beef tenderloin are, of course, simply melt-in-your-mouth.

At our next visit maybe we’ll be able to eat on the patio.  It was too cold while we were there, but it is likely to be a treat as well. 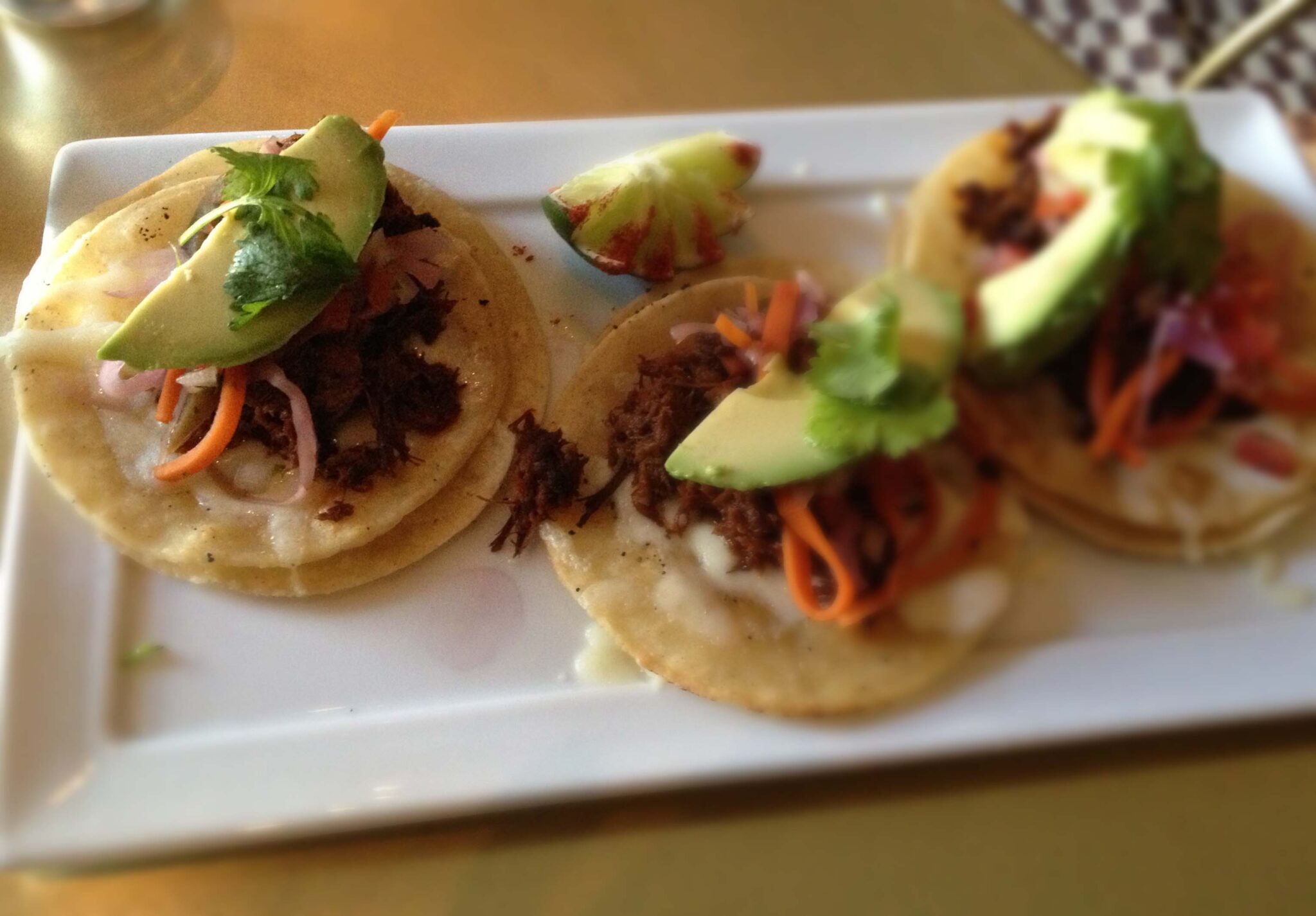