This piece was originally published at taoStyle.net, Lynne Robinson’s chic new blog about what’s happening up here at 7200 feet. see the original story and check out taostyle here. 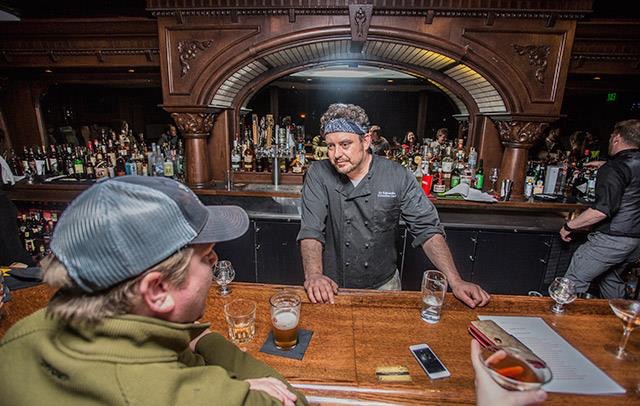 Ky Quintanilla, formerly the Executive Chef at Lamberts, has opened a Culinary Bar in the space originally inhabited by Shadows.

That’s where all similarity ends, however, as Ky informed me when we spoke last week, that he intends for the Kyote Club to be more of a Ladies Lounge, a place where women can go hang out with their friends, order some excellent food and drink a couple of the bespoke cocktails mixed by Jason Smith without fear of being bothered or hit on by drunk dudes on the prowl.

Ky just happens to be the father of my two granddaughters, so I’m certain he’s becoming more and more sensitive to creepy guys on the make as the years go by and his girls approach their teens!

All jokes aside, his reputation as one of the best chefs in the region is surely a major draw, moreso considering the fact he is determined to keep his prices down while still maintaining the integrity of the food he’s long been known for.

There will be an emphasis on small plates averaging around $8.00, which people can order in multiples to share (a la tapas) with other items including a great burger and a ribeye steak (all grass fed and local) with the steak being the priciest item on the menu and still under $25.00.

Of course there will be seasonal specials and this is where Ky really shines. His creativity as a chef is inspired by what’s fresh and available. I’m excited to see what comes out of this kitchen now that he’s free of the constraints of employers. His Chef de Cuisine Chai Sipaseuth is of Chinese heritage and is eager to include really fresh, veggie-heavy Asian dishes. A little known fact about Ky is that he once owned a noodle place in Cedar Crest, Albuquerque and has a love for Asian cooking himself. Between the two of them this kitchen promises to deliver some great culinary surprises.

“It’s not fine dining,” Ky explained, “but there will be a few items on the menu that people who know my food  are already familiar with, just in a more relaxed setting with a different ambiance.”

“There’ll be other entrees besides the steak,” said Ky, “we’ll do fish and seafood, it’s going to be international cuisine.”

Ky was born in Palenque, Mexico and after his mother tragically passed away when he was still a baby, his dad brought him and his older brother Scott to Taos where they were raised. After leaving to study in New York, Ky returned to New Mexico.

Ky studied at the famed C.I.A., apprenticed with Wolfgang Puck and cut his teeth here at home in Taos, at the Outback Pizza in his teens, then Lamberts under Zeke Lambert. He was head chef at the Apple Tree for a while before moving to Ronnie Lee’s. After a short stint at Joseph’s Table, he came full circle and returned to Lamberts.

Now he’s fulfilling a dream of owning his own establishment in Taos, where he can cook and serve the food he loves in a place with a more laid-back vibe.

His seasoned staff, several of whom came along from 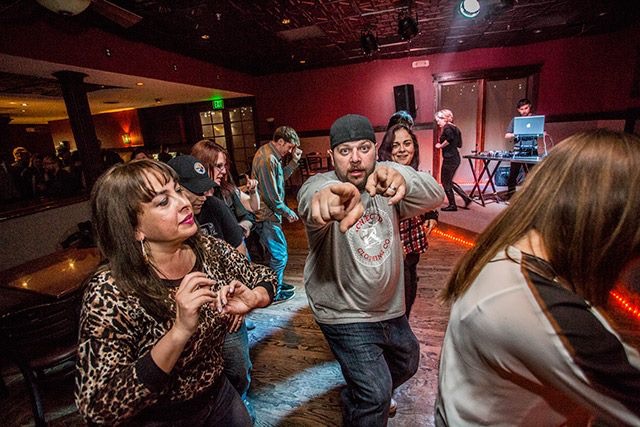 Lamberts with him, are no slouches either, so I am certain the Kyote Club is going to be a winner.

After a soft opening (apparently slammed) last weekend to test the waters, Kyote Club formally opens this Valentine’s Weekend with Dinner & Jazz on Thursday, DJ Oliver on Friday from 9 till Midnight and on Saturday it’s DJ Mike. On Fat Tuesday, the John Carey Band will be serving up New Orleans Blues from 8.30 to Midnight.