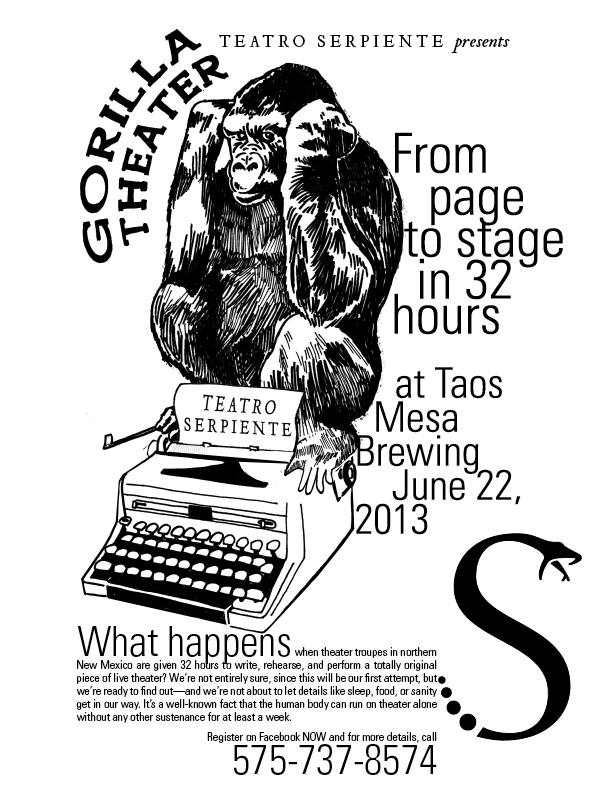 With 7 writers, 17 actors, that delicious TMB beer, and the backdrop of Taos Mountain, this is the theatrical event you don’t want to miss.

The seven writers were each randomly assigned just a few writing prompts (they chose a prop, a theme, and a group of actors out of a hat), and the actors are now waiting eagerly in the wings.

Writers (in no particular order):

Themes (note: Woman can naturally be substituted for any of these Mans):

Actors (in no particular order):

The writers are working even as we speak, and will deliver completed 10 – 15 minute scripts tomorrow morning at 10am. Actors will convene at Taos Mesa Brewing at 11am and begin the arduous task of blocking, directing, learning lines, and maybe even some acting. At 7:30pm all troupes will draw a time slot, and showtime is 8pm sharp!

Come support this fantastic group of Taos talent. We’re guessing that there will be laughter, tears, and general theatrical mayhem; and we can PROMISE there will be beer and hilarity.