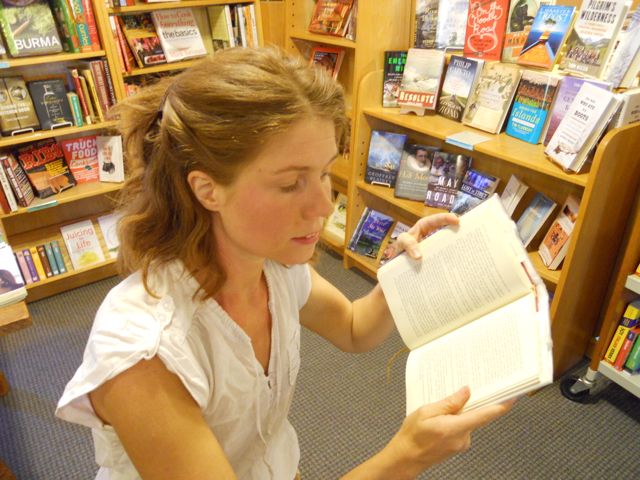 This piece was previously published at Taos Friction.

The Global Climate Convergence is here in Taos from April 22 (Earth Day)  through May 1, for ten days of action and education around the message “People, Planet, and Peace over Profit!”

LiveTaos contributor David Luis Leal Cortez sat down with local organizer and author/actress/activist Rivera Sun to get the full scoop.

David Luis Leal Cortez: The GCC is a national thing. Who is behind it locally and nationally?

Rivera Sun: A broad, diverse group of individuals and organizations are collaborating on the Global Climate Convergence, which has events happening in over twenty major cities. These groups include the Green Party of the United States, Hip Hop Caucus, United Workers, Organic Consumer Association, Green Shadow Cabinet, Alliance for Democracy, Backbone Campaign, International Socialist Organization, New Progressive Alliance, the Move to Amend Coalition, the Liberty Tree Foundation, and many others.

On the local level, the GCC has been organized by myself, Dariel Garner, and Erin Sanborn as citizens concerned about Peace, People, and Planet Over Profit. Many organizations have joined into our local Convergence as participants and event co-sponsors, including Code Pink Taos, Peaceful Skies Coalition, the Green Chamber of Commerce, the Love-In-Action Network, Food Not Bombs, New Mexico Coalition for Community Rights, Renewable Taos, and our local Climate Reality Project presenter, Bill Brown.

DC: While reading [your most recent book] The Dandelion Insurrection, I was happily surprised to see Community Rights Ordinances mentioned and folks like one of your sponsors, Food Not Bombs. The Climate Convergence will feature Kathleen Dudley and John Olivas of the New Mexico Coalition for Community Rights, and Drilling Mora County speak about their fracking ban at an event co-sponsored by the Green Chamber. tell us more about the 20 or so events spread over 10 days, from April 22nd until May Day.

RS: Saturday’s events will take place outside all day, including a community parade, talks about sustainability and food security by locals such as Pat McCabe and Miguel Santistevan.

DC: Were you asked to organize by Erin Sanborn, or Jill Stein herself? Erin is also the Democratic Party Chair of Taos and Green Chamber head, yet this is a national grassroots event the likes of which the Democratic Party has never achieved anywhere I have seen in NM. Can you comment on whether Dems are turning Green, or just greenwashing themselves and hiring radicals to do the organizing and hoping to bank on it later or capitalize on the headlines?

RS: I volunteered to organize the Global Climate Convergence Taos after interviewing Jill Stein (the 2012 Green Party presidential candidate) on Occupy Radio. Erin Sanborn has been an invaluable co-organizer, helping us find venues, speakers, and other resources for these events.

I cannot speak for the Democrats or the Greens, but I can say that as citizens, climate change affects us all. The Global Climate Convergence is, in my opinion, first and foremost a citizens’ event.  All across the country, citizens — liberal, radical, and in a few cases, more conservative (such as some of the ranchers now opposing the Keystone Pipeline) — are organizing for People, Planet, Peace Over Profit. I should hope all parties would make this their priority. The imperatives of our times demand it.

“The whole government, the corporations, rich people, poor people; everybody was living a lie; buying into a dream that wasn’t ever going to come true.” Rivera Sun, The Dandelion Insurrection

DC: In The Dandelion Insurrection, you write about a dystopian totalitarian future complete with marshal law, cybermunks, anarchists, farmers, and Latina organizers in the United States. When an economy declines, domestic violence increases, social services and systems of restorative justice break down. In a more or less dysfunctional society like ours today, perhaps nonviolent rebellion is a step in the right direction. What’s your advice for organizers marginalized by the forces that be these days, and is revolution, as author Chris Hedges recently stated, our only hope?

RS: Revolution is not our only hope. Revolutionary reform could do the trick. However, recent events like the McCutcheon ruling are making many people wonder if we still have any functional democracy in the United States. I think a massive movement is required to both meet the timeline of climate change and re-establish some form of democracy of the people, by the people, and for the people in our country.

Nonviolence has succeeded in much more brutal, totalitarian states than we currently live in. I recommend doing some research and learning more about how nonviolent action works in a strategic, effective manner.

Here in Taos, what we are trying to do is further the conversation that needs to happen around people planet and peace. People have been generally pretty positive and relieved that folks are talking about climate change.

May 1st will entail a planning session at Unity of Taos on where to proceed on this issues and what direction, how we carry the momentum of the convergence into the next stages of our lives.

DC: What else would you like to say about yourself? Personally, I am curious about where you grew up and the like.

RS: I am a co-founder of the Love-In-Action Network, a co-host on Occupy Radio, and, in addition to my new novel, The Dandelion Insurrection, I am also the author of nine plays and a book of poetry. My debut novel, Steam Drills, Treadmills, and Shooting Stars, celebrates everyday heroes who meet the challenges of climate change with compassion, spirit, and strength.

I grew up in Maine on an organic farm. After studying dance and theater at Bennington College, I ran a dance-theater company California for six years before touring nation-wide with my solo theater performances. I moved to Taos in 2012, and began writing novels when I arrived. For more information see the website, www.riverasun.com.

DC: What are some of the other organizations that you write and work with?

RS: As an opinion and nonfiction essayist, I write for PopularResistance.org and DandelionSalad.org. My essays have been re-published by Wave of Action, Occupy Wall St., InterOccupy, and Waging Nonviolence.org. I also co-host the weekly Occupy Radio show, which airs on six Pacifica Network stations and is available as a podcast on most major providers such as Stitcher, iTunes, Podomatic, and Spreaker.

Here are links to some Rivera’s podcasts:

To learn more or get involved, you can contact Rivera and the other organizers here.