The legends of Dennis Hopper are alive and well in Taos. And last night at Moby Dickens, NY Times best-selling author Tom Folsom joined the ranks. He read from his three-years-in-the-making biography of Dennis Hopper: Hopper: A Journey into the American Dream. 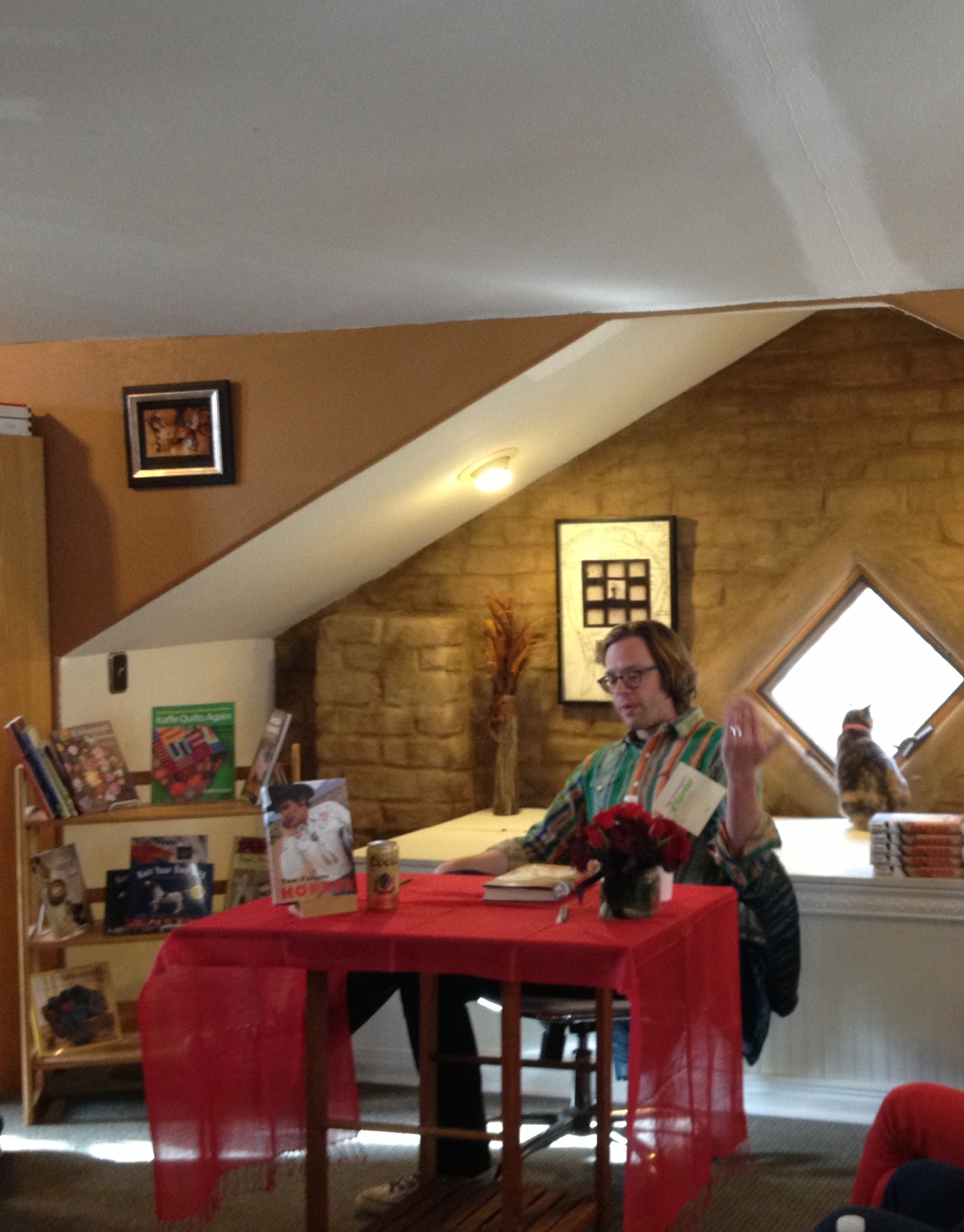 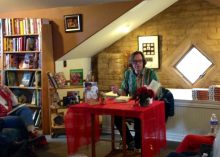 Folsom began his talk with an invitation to the audience to share their own Hopper stories. Jay Moore, the new owner of Moby Dickens, offered everyone a nostalgic can of Coors Original, if anyone needed to get their mind a-rolling. I was thinking, “I am wondering how many times each person in this room has seen Easy Rider.” And “Who here knew him?” But of course, Dean Stockwell was in the room.

Folsom then read his chapter entitled “Taos,” wherein Hopper takes up residence at the Mabel Dodge Luhan House, known to him as his Mud Palace. In Taos we all know the house, which sits near the Pueblo, and have wandered the grounds. It was and still is iconic in all its adobe glory. Folsom’s “Taos” gives an account of Hopper making himself “part” of the community, toting guns and making sure the locals knew he was here to stay. It was here he edited his visionary art film The Last Movie.

Folsom describes Hopper as a would-be cowboy who followed the Big Chief out west from Dodge City, Kansas, as a teenager. From there Folsom says he became a great character, the facts and the stories weaving together a dark, dangerous, and brilliant life of work.

Folsom is clearly fond of the fiction, the legend and the facts of Hopper. He spent time here in Taos doing research as part of the Wurlitzer Foundation, and was obviously glad to share Hopper stories with the audience. It was a pleasure to listen to him.

Folsom is an accomplished writer and documentarian. He writes about iconic mavericks, and is best known for his best selling biography of Crazy Joe Gallo, The Mad Ones: Crazy Joe Gallo and the Revolution at the Edge of the Underworld. Thanks to Moby Dickens for bringing such literary class to town.

And don’t forget to drop by Moby Dickens this week and pick up your copy of Hopper.

Good News: You have another chance to catch Tom Folsom, tonight at the Mabel Dodge Luhan House.

It’s a fundraiser for SOMOS, so tickets aren’t cheap, but it will undoubtedly be a lovely evening.