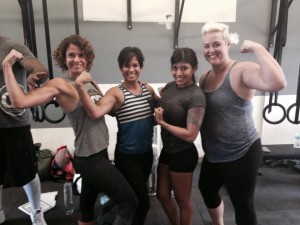 On Saturday and Sunday, September 6th and 7th, come down to the Taos Youth and Family Center to see high-performance athletes from all over compete in various types of crazy-hard athletic activities. Bring the whole family and get ready to cheer on the athletes!

I spoke with Carmen Medrano of Taos Mountain Warrior Fitness, the brains behind the operation, to get the full scoop. What exactly can the audience expect to see this weekend?

“You’re going to see a bunch of pretty fit people,” says Medrano (which, if you’ve looked at their facebook page, seems like the understatement of the year). They have a total of 95 registrations, with athletes from Clovis to Colorado signed up to participate, including 6 Taosenos.

Events will take place on Saturday from 8:30 – 3 and Sunday from 8:15 – 2. Athletes compete in one of three divisions: Scale, those who have just started out and are just getting their feet wet in competition mode; RX, people who have done it before and are a little more experienced; and Fire Breathers, the guys and gals that will push themselves to the limit. The athletes compete to obtain the highest points in a series of athletic workouts, some timed, and the top competitors win prizes at the end of the weekend.

“We want to get people out to see it because this kind of workout, with Olympic weight lifting, gymnastics, and Strongman, is new to Taos. We want to introduce it to Taos while helping the community,” says Medrano.

Medrano and her husband Daniel recently moved back to Taos and started Taos Mountain Warrior Fitness because they wanted to give back to their community. “A lot of our young people – well, we’re not so young – ” she laughs, “a lot of people leave and never come back to Taos to contribute. So we sat around and thought, what are our skills? Between the two of us, we have certificates in Crossfit, Mobility, Olympic weight lifting, Strongman, and Crossfit football. We thought, ‘Can we make this work in Taos, and help our community?’ We didn’t want to be those people who sit back and don’t like the way systems work, but do nothing about it. Getting out in the community, we learn who’s out there, who’s going to be around our kids, that kind of stuff.”

And they’re certainly giving back with gusto. They spent the summer training the high school football team, they’re currently training the volleyball team, and they’re about to take on the cheerleaders and the basketball team, to great effect: “Our [football] boys won their first game of the season, and they weren’t tired at all – the other team was puking from exhaustion!” And just last night the varsity volleyball team won — so it looks like there’s a whole new generation of Taos Mountain Warriors coming out of Taos High. They’re also training the paramedics.

All this while working and raising two young boys? You’d have to be a Warrior to pull this all off so smoothly. 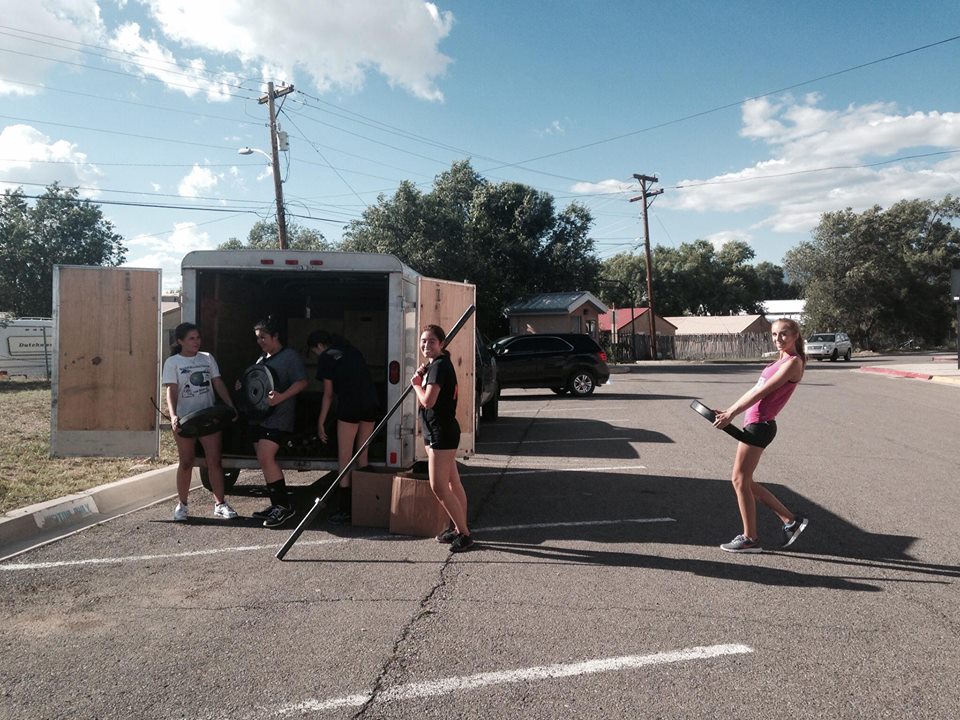 When I asked why this event, why now, she laughed. “I don’t know what I was thinking. I woke up one morning and thought, ‘I’m gonna run a fundraiser and I’ve never done anything like this before!'”

But it’s clear that she has a strong vision for the event, aligned with the desire to give back to Taos. She chose Taos Cancer Support Services as the beneficiary of the Throwdown, because “everybody in Taos has somebody that has dealt with cancer – friend, neighbor, aunt, uncle. What really appealed to me was the fact that I can get competitors from outside to come to Taos, and the money stays here.”

“It’s a great way to help people. The kinds of people who compete in these throwdowns love to contribute and to serve. A lot are former military, former firefighters, former police officers, so they come out to support a cause.” The Taos Youth and Family Center is donating the big rink space for this event, which is free to the public – Medrano is excited to have Taos come to see what they’re doing and support our community.

If you speak high-performance-athletic competition, bounce over to their facebook page to check out some details about the different types of workouts and activities you can expect to witness this weekend. And even if phrases like “30 Squat Cleans for time 225/155#” don’t mean anything to you, we can still promise it’ll be fun to watch super-fit people try really hard to pull it all off! We’ll see you out there.