With a new job in Denver lined up, Cord Kiessling had already started to pack his bags. Then, the one job that could make him stay — at the oldest Taos brewery — became available.

“I told my friends the only reason I would stay in Taos was if the brewer position at Eske’s opened up,” says Kiessling. What he didn’t know was long-time Taos brewer Chris Jones had given his notice. It was when Kiessling showed up for his second-to-last bartending shift at the pub that he heard the news. He immediately told Eske’s co-owner Steve Eskeback that he wanted the job.

“I’ve been working him hard, and he’s racked up a lot of overtime, but he’s got the smarts and he’s doing a really good job,” says Eskeback. “All the beer we made early on is gone already.”

Immediately faced with the difficult task of brewing Eske’s Millennium IPA and Ten Thousand Foot Stout, two of the pub’s most popular ales, Kiessling’s efforts were given the thumbs up by some of Eske’s most scrutinizing and beer-savvy regulars.

“The Millennium reminded me of some of the really good IPAs I’ve had from other breweries,” says Breeze Moss, who’s been drinking beer at Eske’s for twenty years. 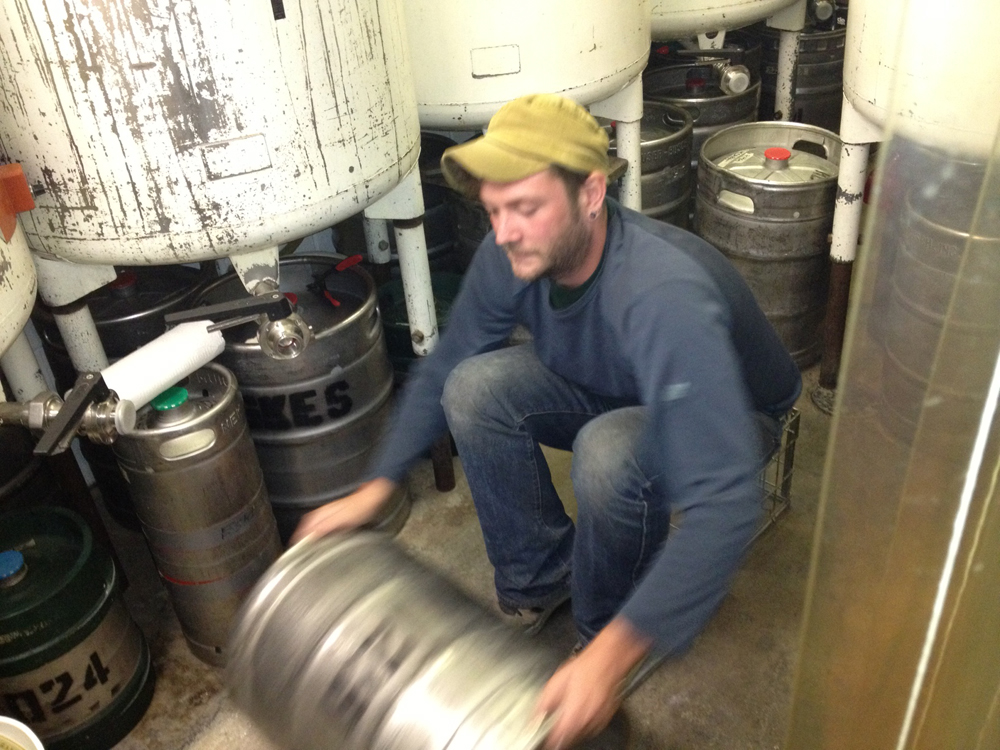 Since then, Kiessling has introduced Rio Red, a new take on Eske’s old recipe for a traditional red ale. Kiessling has also created a gluten-removed ESB called the Chemist, which tastes the same as a normal ESB.

Kiessling, who’s 26, grew up in Westchester, just north of New York City. At the less-than-legal age of 18, he started home brewing. He had some early successes, but it was the failures that made him want to pursue brewing on a bigger scale. “After the first really bad recipe, I knew I wanted to get better so it wouldn’t happen again,” says Kiessling.

To escape the pressures of the city, Kiessling moved to Taos in 2008.

Former Eske’s server Theresa Jones predicts a bright future for Kiessling. “I know he’ll do a great job. He’s got the mind of a mad scientist, and he really loves beer.”

Eske’s is a favorite Taos brewery. They have been serving small batch beers, food, and music to Taos locals and visitors alike for years.