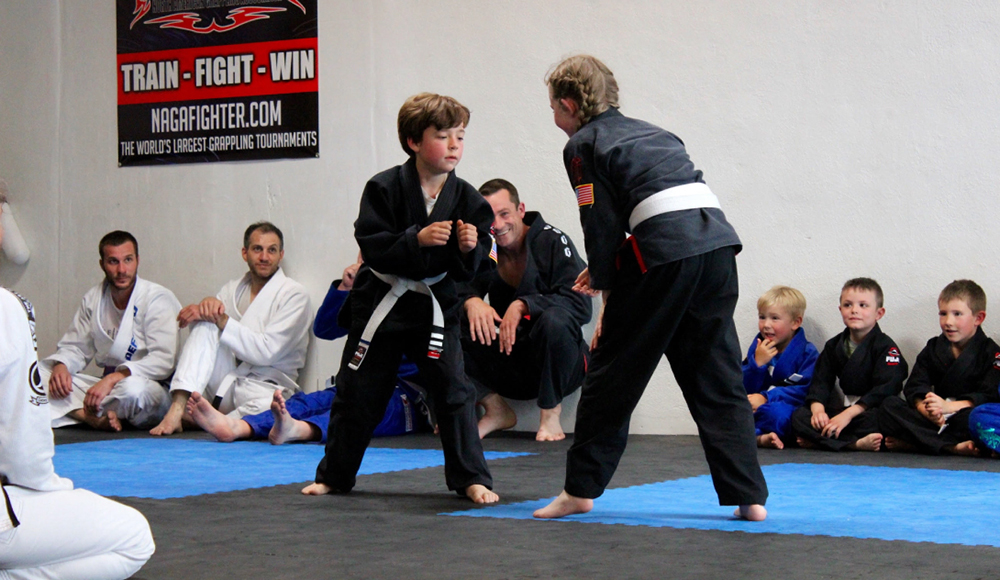 I always wanted to fight like a girl. That is, in my way. Traditionally women are known to fight with intelligence, intuition, situational awareness, an understanding of the relationship between oneself and who or what you are up against. I learned a lot from my father who’d been trained as a soldier in hand-to-hand combat, as well as other men in my life, but what went missing when I was growing up was real training and the practical application of formal martial arts that is far more available now.

I like that much of a situation can be diffused before it ever even begins. I like the heightened sense of being in the moment, which when really paid attention to might allow you to recognize that any given situation can go any number of ways at any given time. And I like the increased understanding of the boundaries of oneself and another. From what I can see, good martial arts training is a lifelong healing toward respect for oneself and others. And not unlike Yoga practice, which requires heart and a ferocity of spirit, martial arts give you knowledge of  yourself and an integrated self-confidence that has a very real impact on your life and relationships.

I’ve been friends with Ryan Daly since 2011, when we first met during a meditation class at UNM, and since then I have never doubted that this guy has got my back. In 2014 he brought his brother, David Symington, to Taos and together they started Taos Rock Gym, next to Taos Java and just south of Walmart. After a year in operation as an indoor climbing facility Dave and Ryan shifted gears, and within two weeks they took down the gym and remodeled the space into a martial arts training center, Defendu Academy.

In this past year they have spearheaded a thriving Brazilian Jiu Jitsu program taught by Professor CJ Robinson, the first non-Brazilian woman to become Brazilian Jiu Jitsu World Champion. She teaches adult co-ed classes that are bigger every time I drop in, while Ryan, a combat veteran, teaches an equally popular and growing program for kids. 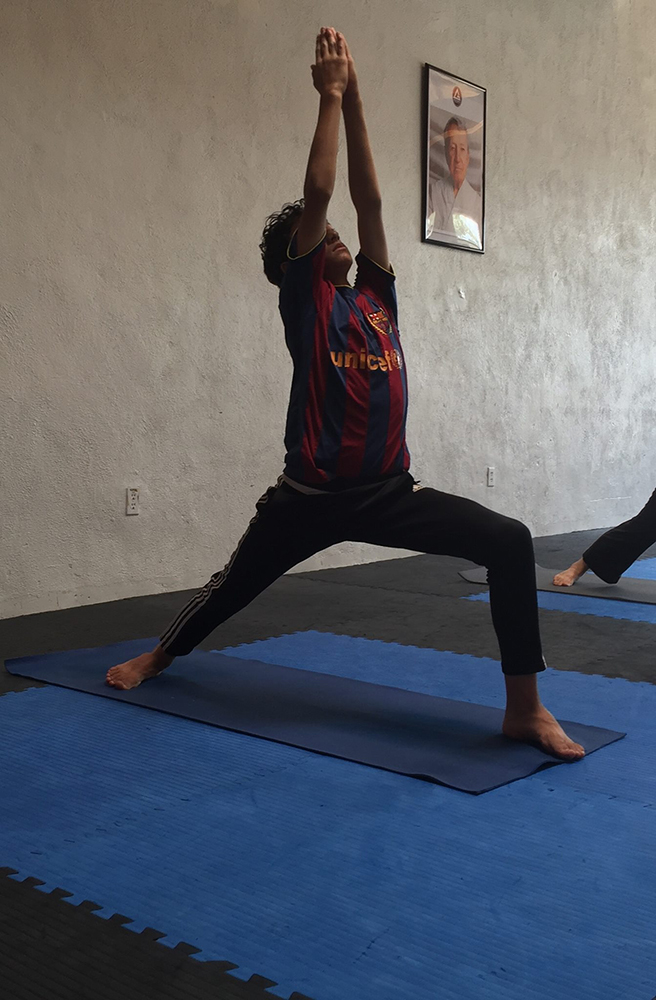 On alternate evenings, Zsolt Szilagyi teaches kickboxing. Zsolt earned his credit as Romanian Middle Weight Champion, where he was born and lived until coming to the US in his 20s. Because they believe in the interconnectedness of things, Dave and Ryan have asked me to come on board to offer a Yoga-based program focused on strength and flexibility via the discipline of Ashtanga Vinyasa Yoga.

Because they are friends of mine, I know a lot about the conviction that has compelled David and Ryan to focus their energy into the development of Defendu, which they see as a center for healing through martial arts, and is for me personally directly in line with the awareness of healing I’ve learned through Yoga. For the sake of writing this story, Ryan and I got together and had a conversation about Defendu, and the direction he and Dave are headed in as their programs and business expand.

I asked him why they started Defendu. He told me that after a year with the Rock Gym they felt it wasn’t providing enough for the community, that although it was fun, it wasn’t providing enough stimulus. With the kind of bullying, domestic violence, and physical and emotional abuse so many people experience, and considering the amount of martial arts training that David and he both had, they know they could be giving back more to the community. They’ve had a great response — the kids program is flourishing, Jiu Jitsu is doing really well with at least 19 people there last Tuesday night — and kickboxing is growing.

Ryan says that beside the obvious benefits of physical fitness, there is development of mental attributes like discipline and respect. And some of the most overlooked aspects are the therapeutic benefits wherein people with unseen levels of stress or assault trauma have a chance to learn in a safe environment. And if things do come up, the teachers allow people space — safe, healing space.

David and Ryan are hoping to expand into a new location, a bigger one with better equipment to further their intention for community facilitation. In addition to the regular classes being taught at Defendu, they are working with Juvenile Drug Court and kids on probation through Human Resources Development Center (HRDA), as well as with the Taos NonviolenceWorks’ Familia Y Mundo program.

I’m always curious about gender, how the dynamics of sexual politics on the individual and greater social level affect not only women’s sense of physical safety but how they operate in the world — what it means to be truly self-determining, secure.

From that respect, Ryan suggests there are benefits for both sides, that is, for men, too. In real life situations, the aggressor for women is usually a man larger than themselves. Within training, women have the opportunity to safely work with larger men, get a sense of what it’s really like to be out-sized by an opponent, and because they’re smaller, they really have to learn the principles to win. Jiu Jitsu, he says, is “the soft art.” Quite often, male participants are more tension- and muscle-based. For them, when rolling softly with smaller male or female opponents, they are learning to use muscle less and so can really learn the art of the technique. When technique is understood there is very little effort involved, so they’ve got to really learn to move past muscular force.

I didn’t have the chance to speak with Professor CJ directly for this piece, but from observation alone it is clear that she is an amazing instructor. Based on past conversations, and as a dedicated practitioner of internal arts for more than two decades myself, I can say that her depth of knowing in her art is remarkable. Watching her work with men twice her size and often significantly younger is a true testament to the principles of the form, and an example of what it looks like when someone is highly trained. 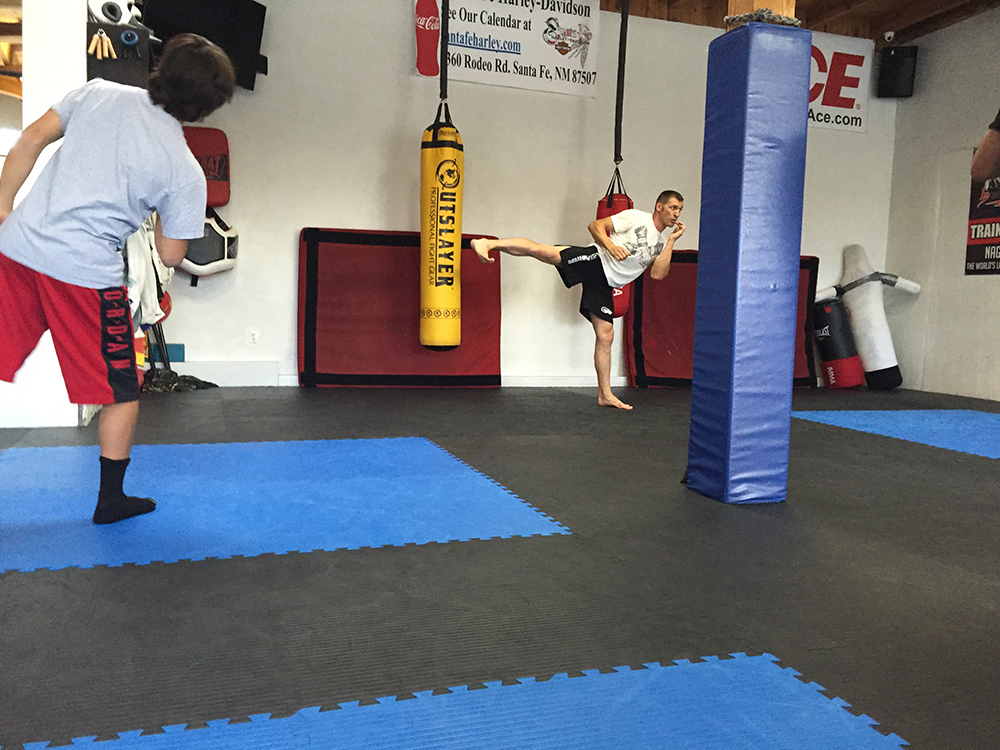 Zsolt’s kickboxing classes are also co-ed, and I’ve had a chance to check those out, too. I’ve known and worked with him in Taos Ski Valley for years, and what I can say is that he’s a bonafide badass. As a teacher he’s gentle and caring and while he inspires my confidence in him, watching Zsolt with his students I can see that he inspires their confidence in themselves.

Across the board, it is expertise and integrity that Dave and Ryan have curated at Defendu, and the result is a caring and supportive environment for everyone there.

But if you really want to know, you can check it out for yourself.