It was a cold evening – the rain had stopped but the chill had already settled into my bones and the light breeze was just strong enough to cut through my sweater. We decided to abandon our Paseo Festival plans for that evening and come back the next. 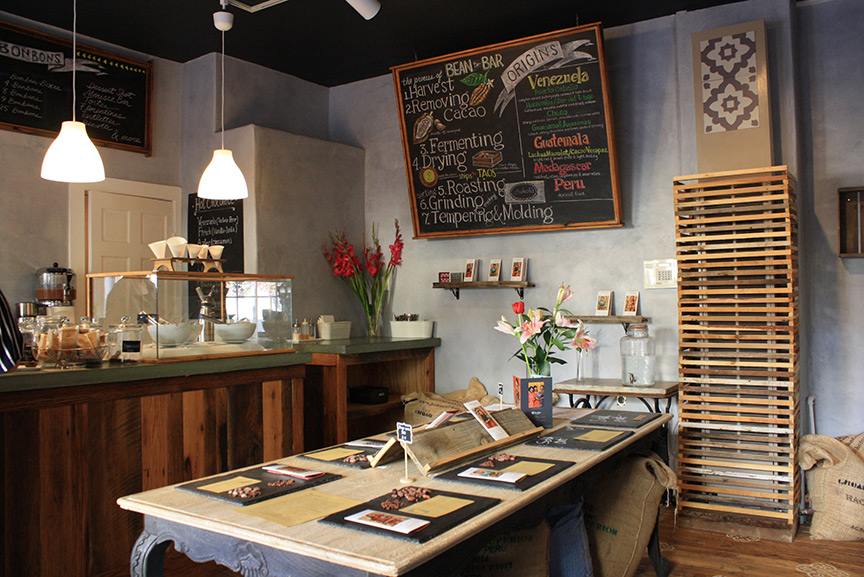 We headed back towards our car, walking down Juan Largo Lane (just off Taos Plaza) past the new chocolate shop, Chokola, where it was rumored they were serving hot chocolate. A healthy crowd of people were already inside, and as more headed in, the door opened and a wave of intense chocolate scent wafted over us. It smelled amazing, but the shop looked a little crowded for our taste and I wasn’t sure I was in the mood for hot chocolate.

What I didn’t know at the time, and what I found out the following day, was that what they meant by “hot chocolate,” was not the grainy, milky, watered-down drink we normally call hot chocolate. Rather, it was liquid chocolate, served warm, in shots or in mugs. If I had known then what I know now… 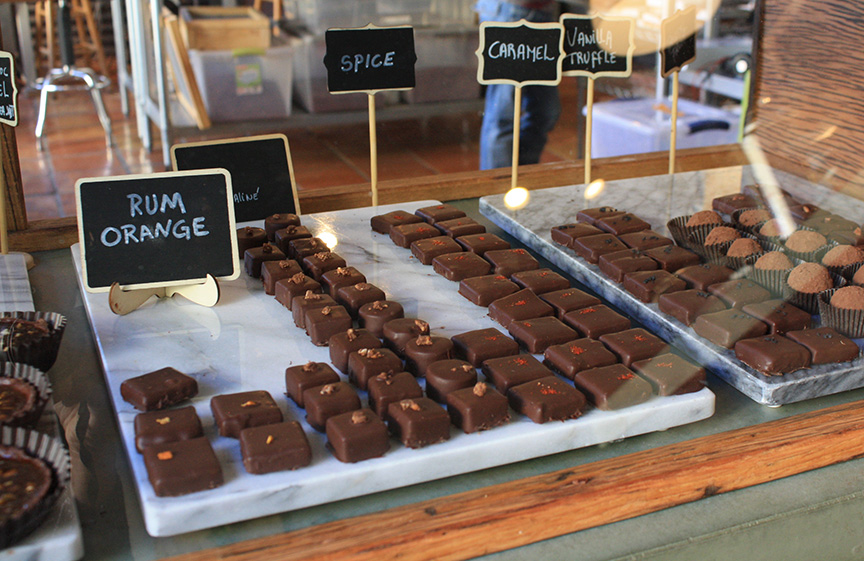 What makes Chokola unique from other chocolate shops is they take cocoa beans from around the world, mostly from Africa and South America, and turn those beans into chocolate right there in the shop. This concept is called bean-to-bar and it ensures that the unique flavor of each bean comes through in the final product. Apparently, cocoa beans can have different flavor profiles – who knew? They can have fruity notes like plum and apricot, a bit of a nutty flavor, or even a hint of honey. 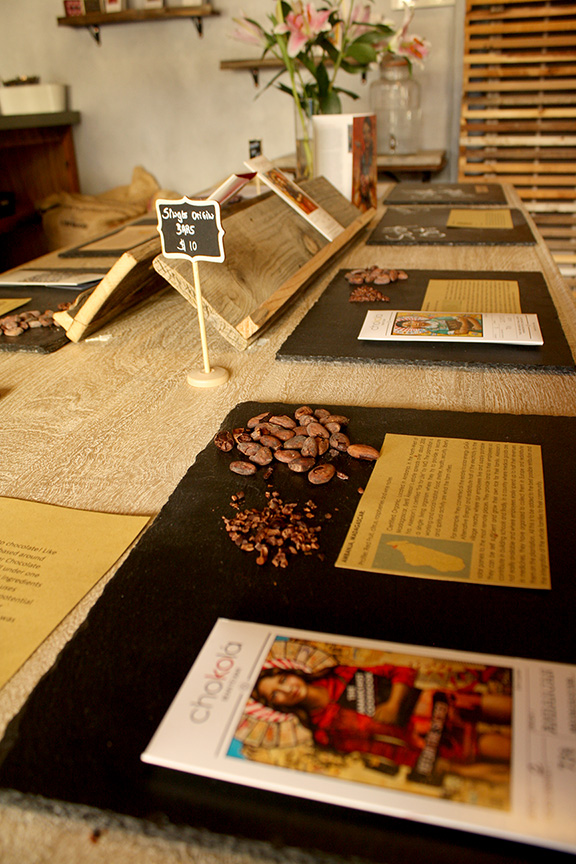 Inside the shop, there is a long table on which each chocolate bar and the beans from which they are made are on display, so the viewer can learn more about the bean-to-bar concept and the beans used to make the bar, including their characteristics and country of origin. And just behind the counter is the kitchen where everything is prepared, so you can see the “factory” in action. Part of their aim is to educate their customers about the process of creating fine chocolate, so don’t be afraid to ask questions or sample some bean nibs.

It was nearly impossible for me to decide what to try, as everything was calling my name, from the caramelized pumpkin seeds dipped in dark chocolate, to the bon bons and truffles, to the creamy mousse. They even have ice cream and pastries.

In the end, my husband and I decided to try a lemon ginger mousse and a shot of the famous hot chocolate – we opted for the cinnamon flavor. The hot chocolate had been recommended to me by a few people, with one of them remarking that it gave you a real buzz. Indeed it did – not only was incredibly delicious (and not too rich), but the chemicals in the chocolate went straight to our brains and gave us a little dopamine rush.

As we sat savoring the incredible flavors of the fresh chocolate, we were able to people-watch out the large windows that face the walking alley. It was a busy evening, as people were starting to show up for the Paseo, and it was the perfect spot for the perfect kickoff for an evening of sensory delights. 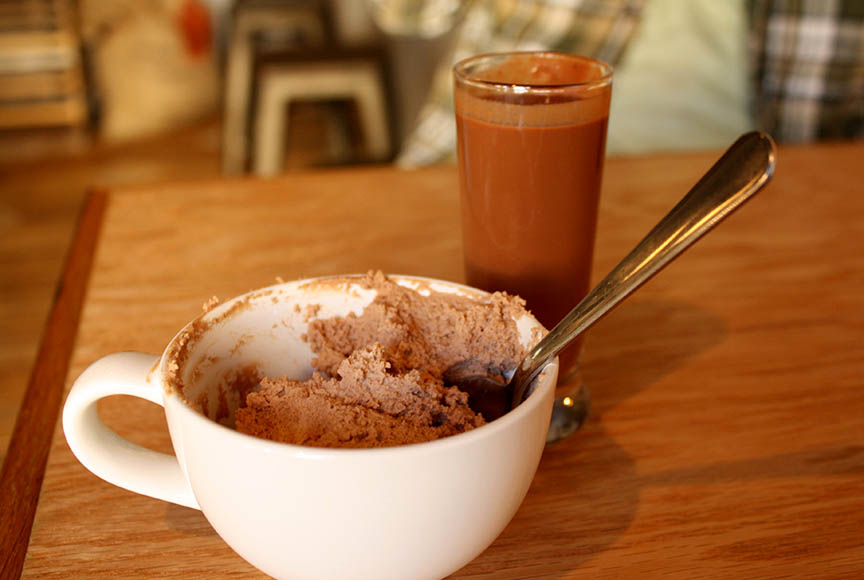