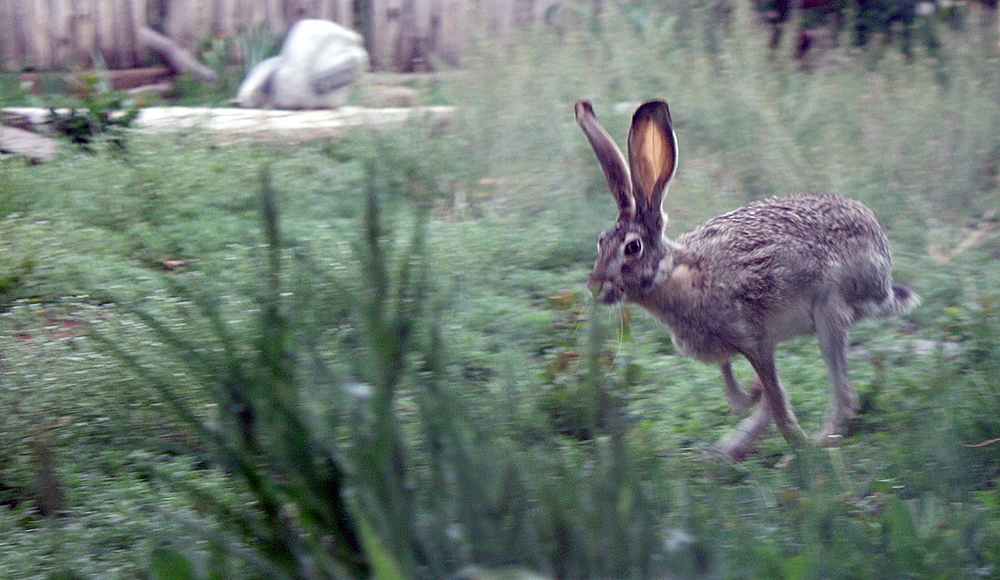 It was that time of evening, just before sunset, when the light turns a diffused pale blue. The weather was nice and we were standing in the driveway outside the house and I heard something down the road go, “wup-up-up-up-up-up-up!” Bill looked at me and said, “What was that?!”

I’m no stranger to wildlife, having grown up in the wooded hills of western Kentucky. I’d seen and heard all manner of coyotes, owls, hawks, and the occasional fox. But this was a new sound to me. Actually, many of the sights and sounds of New Mexico have been new to me. When we first lived in Carson, there was something that made a loud grunting noise deep in the nearby arroyo. I never knew for sure what it was, but I have begun to suspect it was a big cat of some kind. If the reader would care to share their suggestions in the comments below, I’d be curious to hear them.

Jackrabbits were new to me – I loved watching them sit ever so still in the twilight, the golden sun turning their ears a transparent dusty pink. And the scaled quail – we’d had quail in Kentucky, but I’d rarely seen them up close in the wild. Here they came right into my yard to feast on birdseed. I watched them with fascination, as they scratched and burrowed to find tasty morsels under the snow. 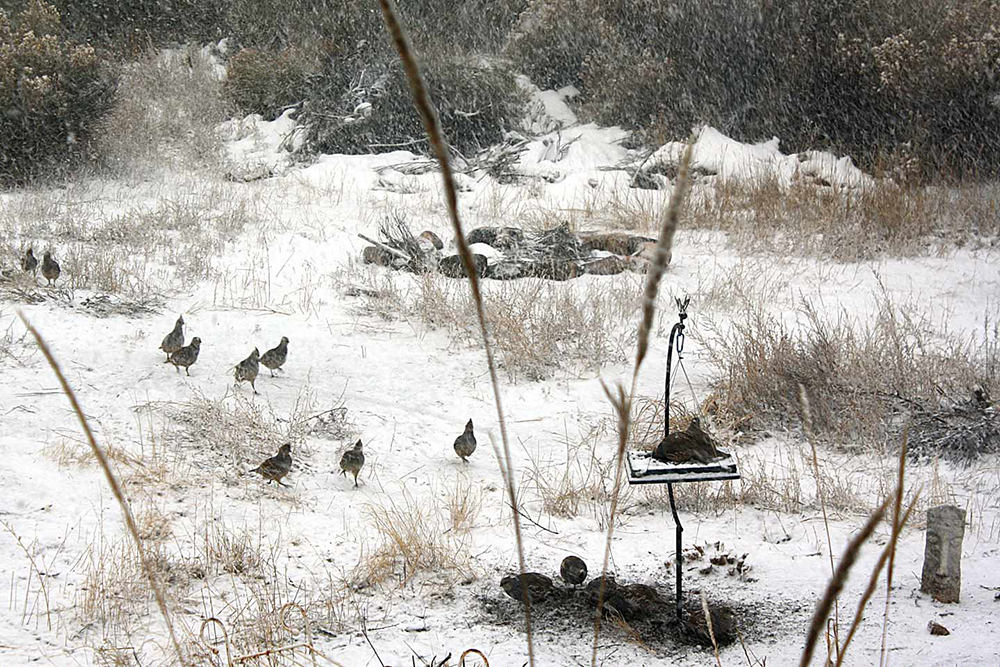 We’ve lived here for nearly a decade, and just recently moved to a spot right outside of town (Taos), that is just rural enough to see and hear quite a bit of wildlife. But this was an entirely new sound. A few weeks passed in which we heard it nearly every night, and it began to drive me nuts. It was clearly something nocturnal, and I thought it was probably a bird, but what nocturnal birds make that kind of sound? Not owls – owls don’t sound like that.

Oh, but the boreal owl does. It took the determination of my mother, combined with my gift for imitation (after a few weeks, I had the vocalization down), to find and send me the sound file of a boreal owl. “That’s it!” I wrote to her excitedly. Upon further research, I learned that the sound of the owl in my neighborhood is probably rather unusual, considering their preferred habitat is in the forests, around 10,000 feet. It also appears that Taos is at the very tip of its range in the Rocky Mountains, as it’s much more common up north, all the way into Canada.

I don’t know what he or she is doing down here, but I feel very fortunate to hear its unusual call – something that sounds less like an owl and more like a loon. And I’m hoping to be fortunate enough to see it in flight some night – but for now, just hearing it is a real treat.