“The first chair came in 1961, and we opened up the 15th of January, 1962. I had not been in favor of a chair lift. I preferred the Poma which was much more difficult; it kept the poor skiers off the mountain.” – Ernie Blake, from Ski Pioneers 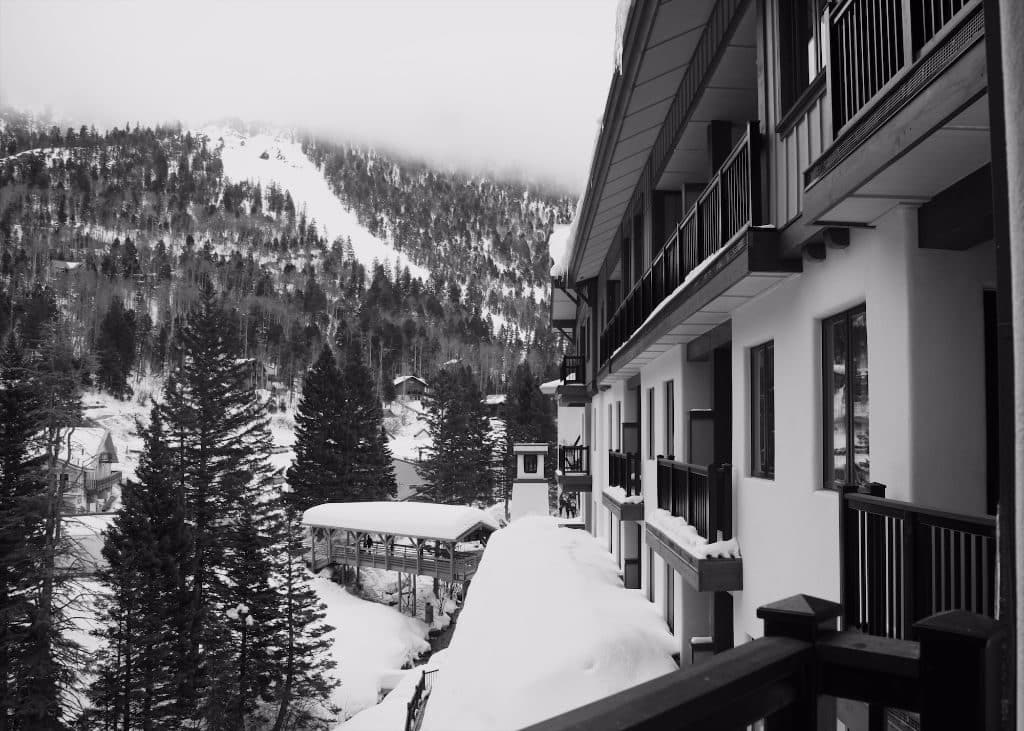 I didn’t want to like the new Blake Hotel. I really didn’t. There’s a reason people like me fear the development of sacred playgrounds such as Taos Ski Valley. It’s one part aesthetic, one part practicality, and maybe two parts snobbery. Despite, or rather because it contains some of the West’s most challenging and steepest terrain, Taos has remained, in large part, a skier’s mountain. That’s skier with a lower case “s,” denoting the demographic who packs a lunch and a twelve pack of cheap beer in lieu of overpriced après ski appetizers and $18.00 cocktails, neither of which, I’m proud to say, are prevalent in TSV. That kind of thinking can turn into a certain crusty pride and it’s an ethic I grew up skiing with. When I first took to the slopes, at age fourteen, only kids whose families were of a certain income bracket joined the ski club. It was more than money; culture factored in as well.

I paid for my trips by cleaning the other kids’ trash up off the bus after our day trips to Willamette Pass, Mt. Bachelor or Ashland. Lunch was carefully packed and meted out over the day, sometimes drinking hot water from the cafeteria to warm up. Taos is a haven for any snow bum who has had their sense of purity affronted by the Vails of the industry. So it has been with great trepidation that I’ve watched the construction of The Blake, TSV’s new eighty-room hotel. 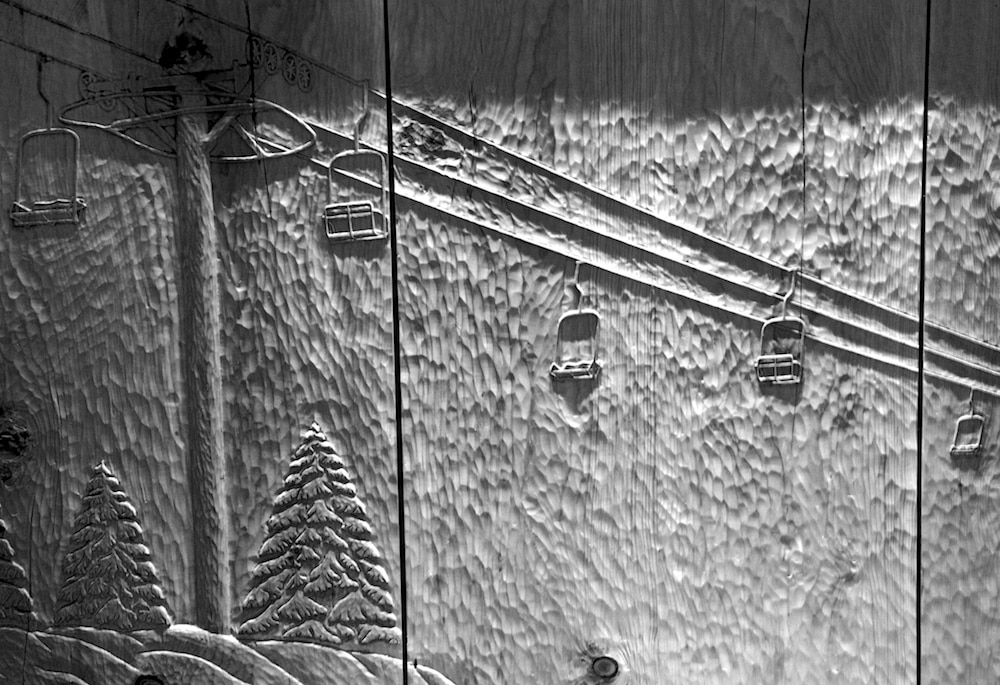 Eduardo Sampere, the hotel manager, is late for our meeting. While I’m waiting, I look around the lobby, an understated affair at first glance until you begin to notice things such as original paintings by the Taos Society of Artists founders Martin Hennings and Walter Ufer. Slipping into the small bodega that seems placed more for convenience than profits, I’m pleasantly surprised to see it stocked nearly entirely with local products. Taos Mountain Energy Bars, a company founded by ski bums turned entrepreneurs Kyle Hawari and Brooks Thostenson, as well as Dana Blair’s excellent line of tea.o.graphy teas are displayed prominently, and at reasonable rates.

When Eduardo arrives some fifteen minutes after our agreed-upon meeting time, it’s because he’s been skiing with his young daughter. He’s got an unapologetic ear to ear grin which makes me like him instantly and lets me know that Eduardo is here for the right reasons. Eduardo hands me off seamlessly to Stacy, our tour guide who turns out to be a wealth of information regarding all things Blake. 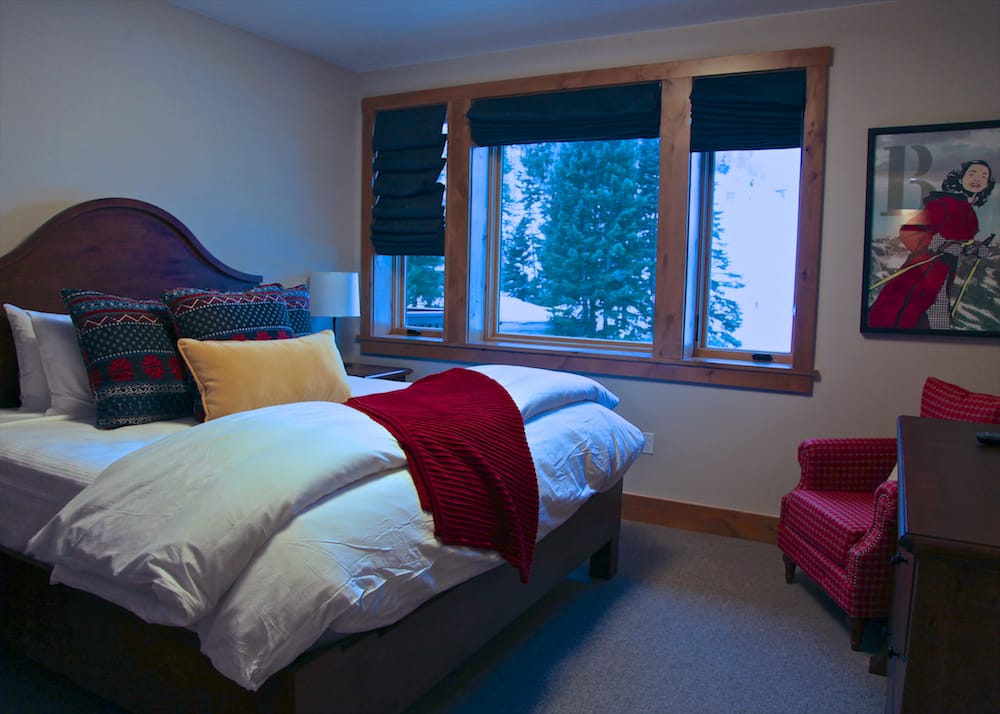 Our first stop is the fourth floor, home to rooms 401-433. As we slip through the various rooms, consisting of standard guest rooms ($259.00 per night early season rate) alongside two bedroom suites ($1500.00 per night peak season rate) one word continually comes to mind — tasteful. The décor is subtle; elegant without being pretentious. Come to think of it, that more or less sums up the entire vibe of The Blake. Each room is stocked with a copy of Ski Pioneers, Rick Richards’ seminal text on the history of TSV, which ought to be required reading for anyone offering up opinions on growth in the valley. The views from all rooms are more or less spectacular, and I found myself struggling with the admission to myself that the Blake is an improvement over the tired structures that stood previously in its place.

The third floor proved no less inspiring. Then we moved down to level one, home to the spa and wellness center. Guests aren’t likely to be disappointed here, either, with four “treatment” rooms offering massage and an on site esthetician, though this last may somewhat break with TSV’s more hardcore reputation. What doesn’t, though, is an on-site laundromat available free of charge for guests. Note — not laundry service, but laundromat. It’s seemingly trivial details like this that make this transition easier for me. There’s a fairly distinct difference between the type of guest who does their own laundry, and one who pays to have it done. The Blake seems to have picked up and acted on this accordingly.

The second floor is our last stop and the one I was most familiar with. What may be the coolest feature of the entire hotel, aside from the plethora of historic photos placed throughout, is their ski valet service. I must be getting old to think so, but to be able to pick up skis and warm boots and head directly to the lift is a convenience that makes sense on many levels. Ernie would most likely approve as it keeps everyone’s skis “off the fence.” Taos Ski and Boot, housed within the Blake and on the second floor is more or less the same entity it has always been. I just spent several hours over several days having boots custom fit by Jim, who’s been doing that very thing in that very place for the last fifteen years or so. 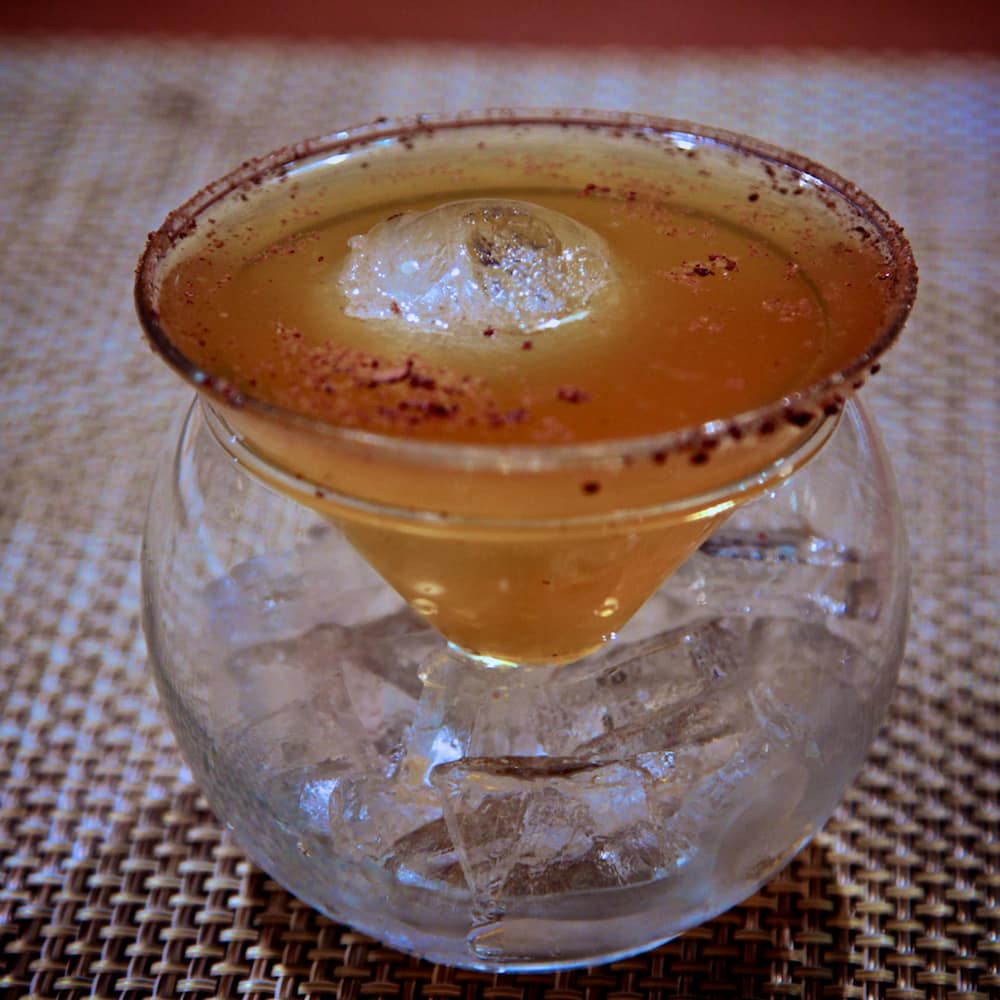 192 is The Blake’s restaurant, named for the tail number of the Cessna Ernie Blake was flying when he discovered Taos Ski Valley. The layout is lacking, with little flow between seating areas and the bar, where we noshed on acceptable but uninspiring appetizers. As with any new dining endeavor, I feel it’s only fair to allow it a year or so to work out all of the various kinks, so I’ll reserve judgment of the menu for now. I will say this for it, however; it’s accessible, pricewise, and the vibe is refreshingly casual, even if watching the bartenders infuse a Taos Lightning Rye Manhattan with cedar smoke was a little disconcerting.

As I left the Blake, it was dark outside and I was greeted with a quietness I’m unused to in the valley. It was easy to imagine, for a moment, what it must have been like all those years ago, when one visionary thrill seeker sought to shape this place into somewhere to ski. It’s easy for purists like myself to overlook the fact that, despite misgivings around growth, Ernie Blake’s vision for the ski valley did, in fact, contain something very much like the Blake. So while die hard locals fret and look nervously towards what’s on the horizon and realtors rub together greedy palms in anticipation of sky rocketing property values, the truth is none of us know for certain what’s next. It may not matter.

Later, I’m in the locker room talking with my friend Alma Ortega. Alma’s a dedicated skier of the most pure sort, and as a born and raised local bridges the gap between TSV’s history and its current state. You can regularly witness her long braid ascending up the trail to the ridge or flying down Longhorn or Walkyries, class of local young rippers in tow. “Skiing has saved my life so many times already,” she tells me. It’s a sentiment echoed by anyone who’s made a life out of a pasttime, and it gives me hope that some things, at least, will never change.

All photos courtesy of Zoe Zimmerman