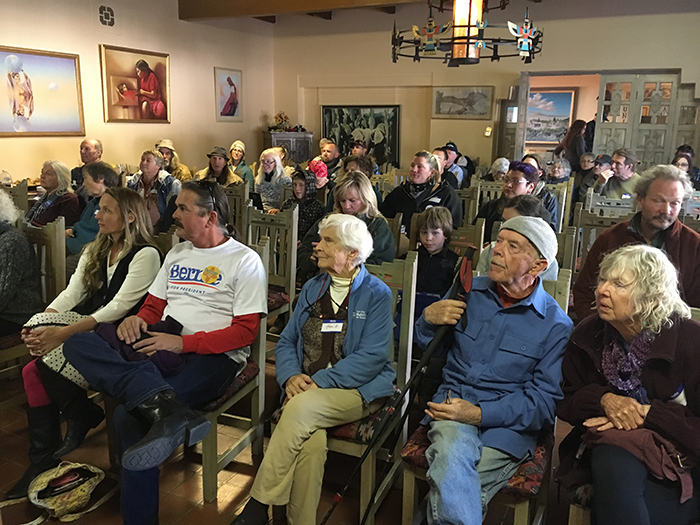 Over 100 people gathered at the Kachina Lodge for a Barnstorm event hosted by Meghan McFail. Organizers asked for guests to host a phone bank for Bernie as well as commit to canvassing in the future. A discussion was held about winning Taos County and supporting efforts throughout the state and country.The primary election in NM is June 7th.

Bernie has had volunteers throughout the state in places like Las Cruces, Santa Fe, and Albuquerque organizing parades and making thousands of calls to early key states. Sanders has rebounded recently and daily skirmishes on social media, like debates and home turf change, last about 48 hours before a new discussion topic explodes.

A recent article claimed Clinton was trying to win her home state, New York, and prompted immediate memes pointing out Sanders grew up in Brooklyn, where Clinton headquarters is located. Memes claim that Clinton moved there as a carpetbagger. Other memes countered her request for Sanders to change his tone by stating Sanders’ New York accent is better suited to debate the other New Yorker, Donald Trump.

A recent Nate Silver piece claims the “come from behind victory” for Sanders is nearly impossible. But Sanders claims it’s doable and local volunteers need to keep the flames “Berning for Sanders” in Taos. 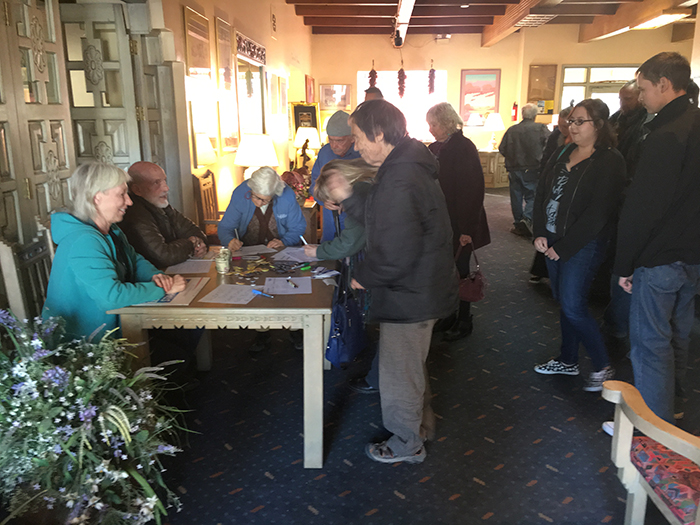 Discussion about lack of coverage from local and national media as well as unfair party support for Clinton took up a portion of Sanders event in Taos.

Albuquerque Sanders supporters also organized for the Cesar Chavez day parade and had the largest contingent of marchers. Reports out of Nevada now indicate that Sanders actually won that state.

Feel the Bern as Sanders lights the fires: Take back your country. To keep up with the local campaign, like www.facebook.com/TaosforBernie/