THIS PIECE WAS ORIGINALLY PUBLISHED AT TAOSTYLE.NET, LYNNE ROBINSON’S CHIC BLOG ABOUT Who and WHAT’S HAPPENING in taos. SEE THE ORIGINAL STORY AND CHECK OUT TAOSTYLE HERE. 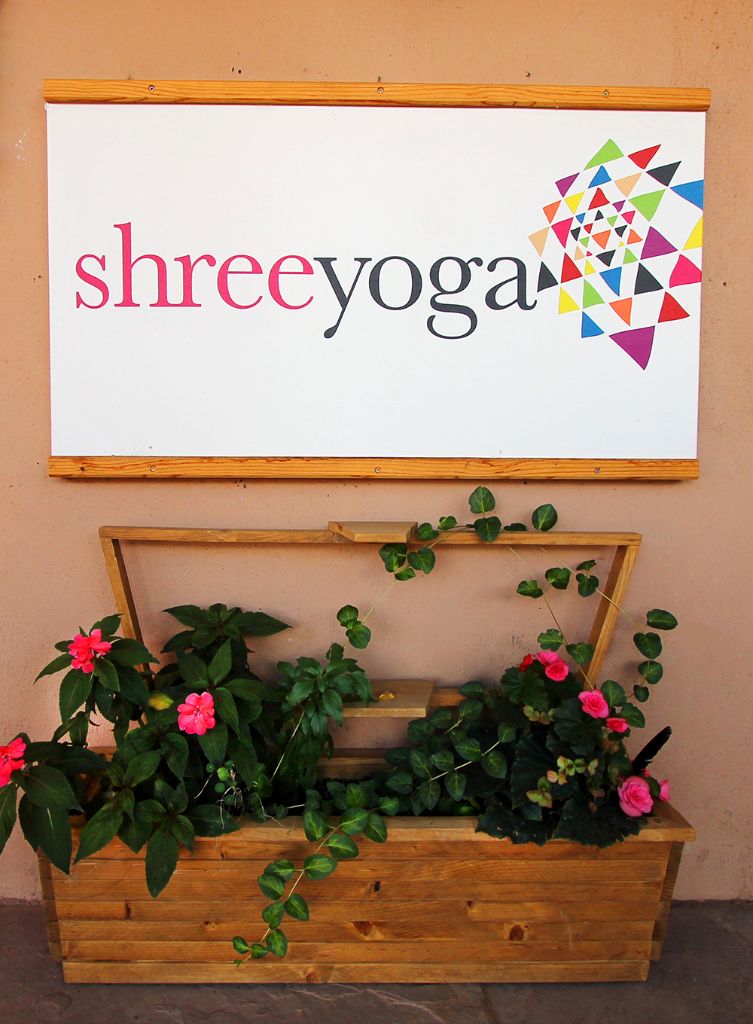 Shree Yoga’s Autumn Challenge has become a tradition in Taos. Summer is over and there’s a chill in the early morning air, reminding us that as the days grow shorter and the nights longer, our bodies too, change with the season.

Sign up between the Equinox through October and commit to 21 classes in 31 days (for only $107.00), and rest assured, you and your body will be transformed once the month has passed. If you’ve spent your summer swimming, rafting and hiking and dread the thought of colder weather keeping you indoors, this is your opportunity to stay fit and build strength to weather the inevitable storms of winter. A big plus if you’re a skier, not to mention the benefits to your mind, organs and spirit as well. 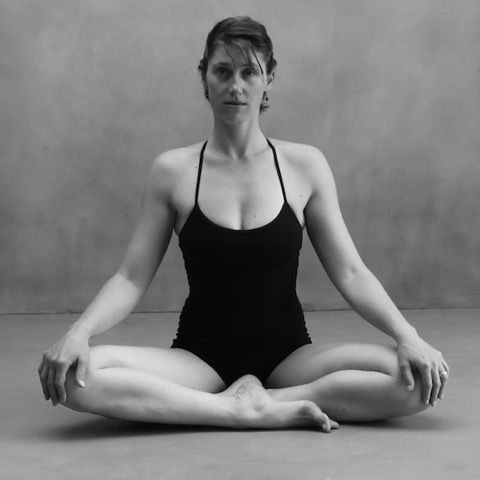 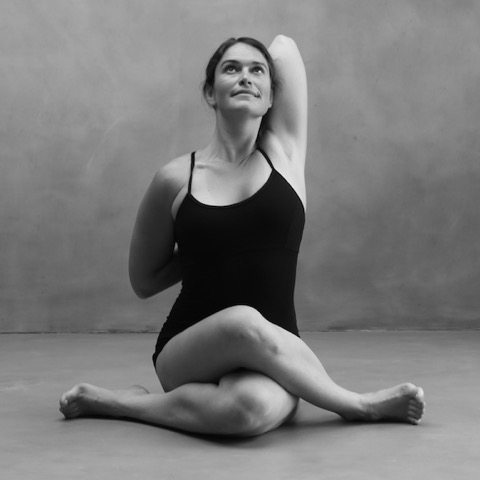 Suki Dalury and Genevieve Oswald, the owners of this beautiful studio, both celebrate their birthdays during this season, and four times a year, during Equinoxes and Solstices, I join them in a ritual that has become somewhat of a tradition for the three of us.

Genevieve is my daughter and although you’d never know it by looking at pictures of her holding difficult poses, she suffered a terrible injury to her back in a car accident when she was 15. I call her the bionic woman because due to her spinal fusion, her back contains quite a bit of titanium.

When Genevieve met Suki a decade ago, they were both working as baristas at the World Cup Cafe, and Suki (whose mother is also a Yoga teacher) encouraged Genevieve to take Yoga in order to reclaim her body. It didn’t take that long. Before her accident, Genevieve was a gifted athlete and muscles have memory. 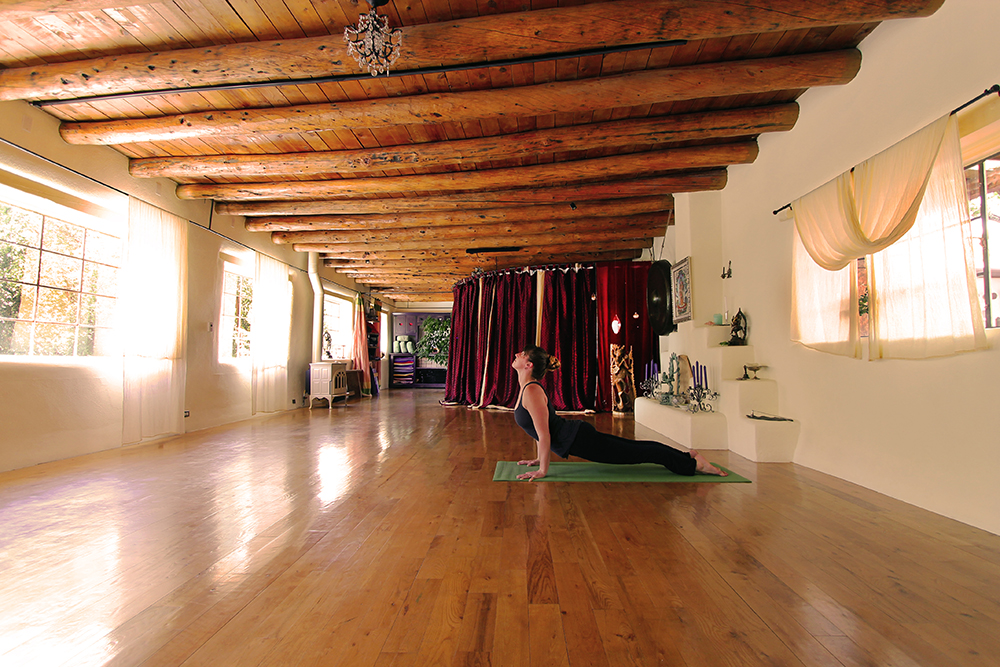 Suki was Genevieve’s angel. She gently led my daughter back into her body through the practice of Yoga. As Genevieve regained her strength and prowess, she became impassioned with the practice and decided she wanted to help others just as Suki had helped her.

The two young women, who by this time had become close friends, began immersing themselves in intense training with teachers from varied Yoga schools, initially settling on Anusara as their discipline of choice. They have since integrated other practices and forms and continue to learn and broaden their horizons.

They opened Shree in 2009 and the rest is history. They’ve been awarded Best of Taos the last two years in a row and the studio continues to thrive with the inclusion of other talented teachers and programs promoting mindful awareness.

Shree has a small retail section in the front of the studio, selling the softest cotton Yoga pants, tees and hoodies printed with their logo, lavender filled eye pillows, Yoga mats and whatever else catches their eye and/or seems appropriate to the space – everything carefully arranged and displayed. Beautiful cards and calendars bySundara Studios  another business they share with photographer Zoe Zimmerman, are also available. 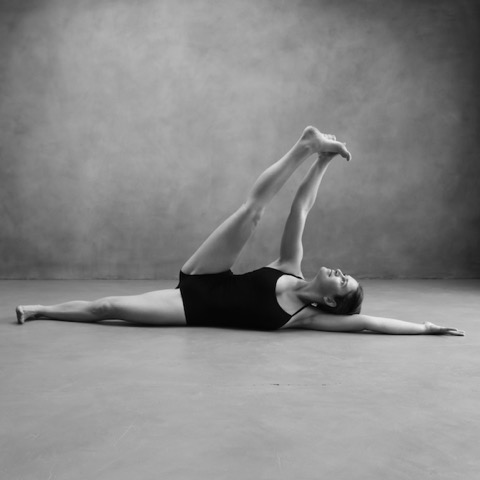 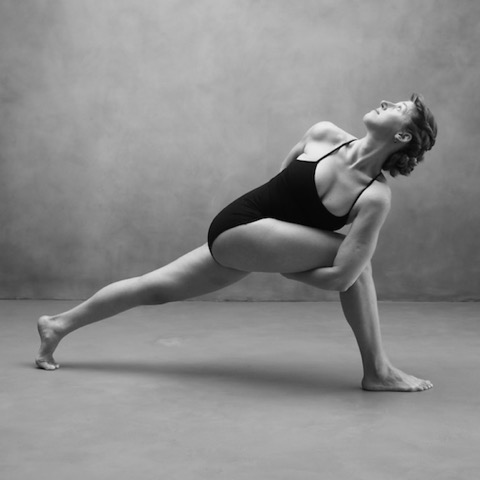 Theres even a lost and found basket in case you leave something behind, blissed out to the point of forgetfulness after a class. The basket is emptied seasonally, its contents donated to CAV, so do be sure to check it for anything you are missing when you next come to class.

Back to our Seasonal ritual.

As a Feng Shui Practitioner, I understand chi/energy and I know that energy stagnates and collects unless it is cleared, especially in a space dedicated to moving energy in so many bodies. I also know that energy clearing works best when the people who inhabit a space, participate in the process, so this is what we do.

Four times a year we give the yoga studio a good clearing. We clean and smudge and move things around, paying special attention to the Puja which is the focal point of this serene and peaceful space. We also take great care to clear the sha (negative chi) that settles in the corners, nooks and crannies of the bathroom, using a variety of clearing methods including sea salt. Bathrooms are especially important in Feng Shui terms, being magnets for stale energy. 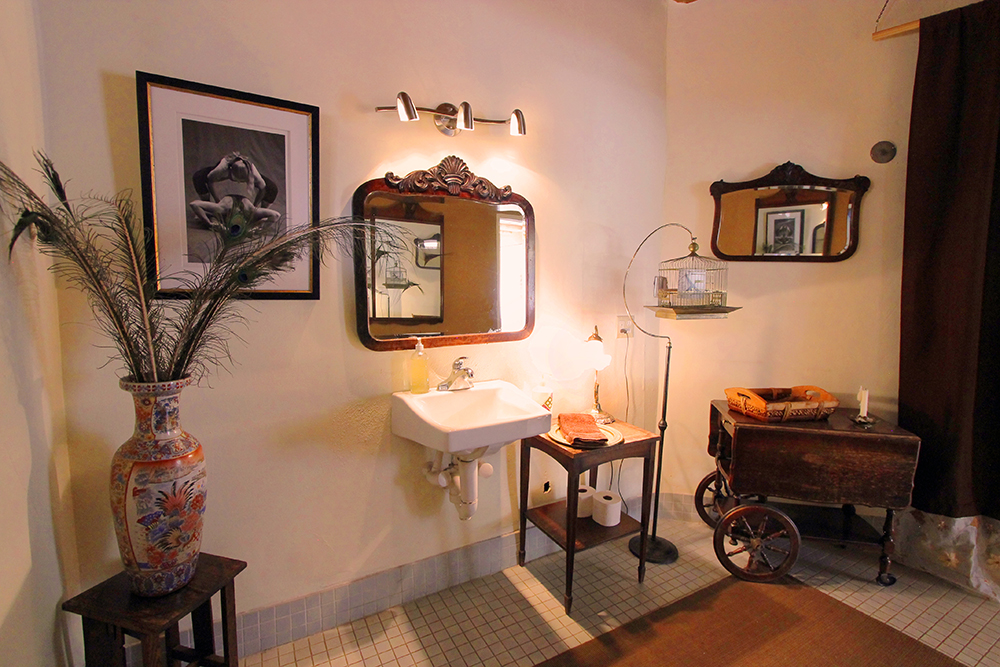 When we first began our Feng Shui clearings (the Autumn Equinox of 2009) it was, I imagine much like being a Yoga beginner; they’d look to me for guidance, ask questions and occasionally step on one another’s toes, but after seasons of engaging in our little ritual it has become almost like a dance. We arrive, we go right to work, saying very little. There’s an unspoken acknowledgement. We know what to do.

In my understanding, Shree’s Yoga Challenge works in much the same way as Feng Shui; chi is the Breath of Life, Feng Shui, which loosely translates to Wind and Water, opens pathways for chi to flow unhindered. Yoga clears stagnant energy in the body which resists at first until it settles into the flow and becomes the flow, itself. 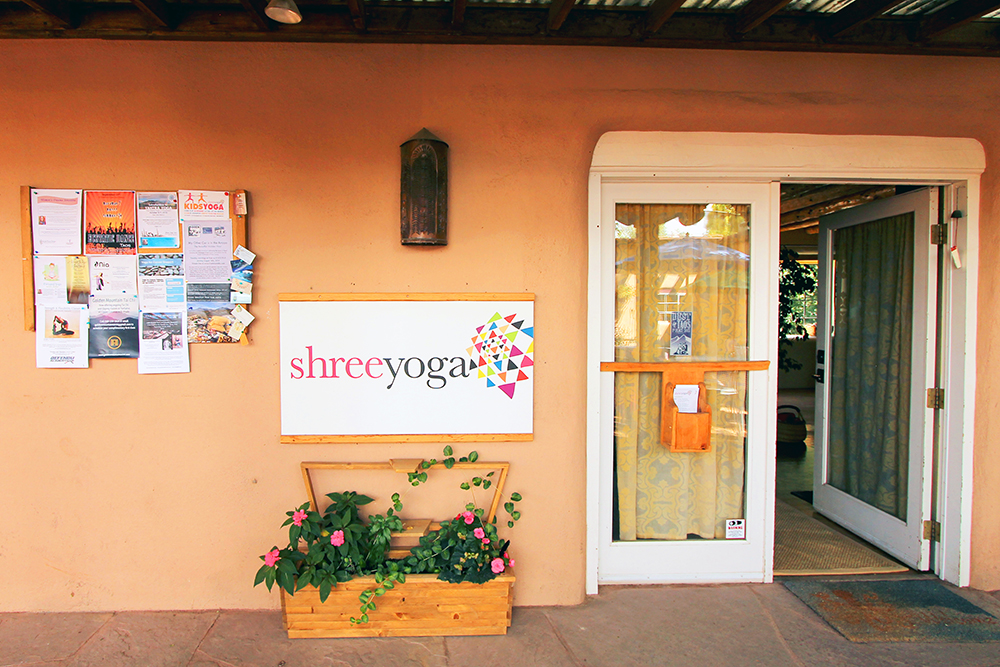 So when you visit the studio during the Challenge, and notice the Autumnal mood on the altar, the colours of trees changing from green to red, orange and gold, no it’s not the work of invisible elves. It’s the result of our little dance, done with so much love and gratitude, for you, the beautiful bodies and souls who continue to bend and shape the energy of Shree.

For more information on Shree Yoga Taos and the Autumn Yoga Challenge please visit their website.

Photographs of Suki and Genevieve by Zoe Zimmerman for Sundara Studios

Photographs of the studio by Robban Reynolds