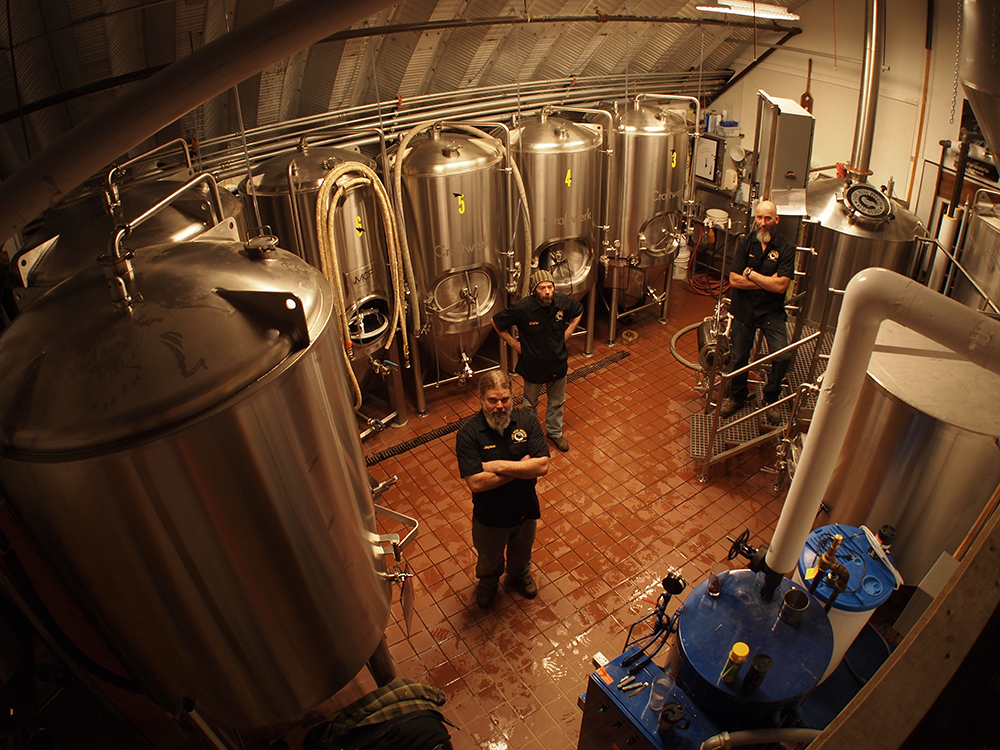 When I learned that Taos Mesa Brewing is soon opening a new tap house location right in the heart of town, my happy hour gremlin did a couple of enthusiastic backflips — leaving it drained, thirsty and in need of beer. In my exuberance to be the first one to have a seat, I ambushed Dan and Peter at the construction site early one morning to get the skinny. While I didn’t get a seat (due to the fact that they haven’t been built yet), I did find out all the delicious details of what to expect when the tap house opens. Prepare to get thirsty.

The new space is the site of the old JD Challenger Gallery, nestled right at the foot of the historic district on the main drag. The layout is free-flowing with an open kitchen design and ample space. In short — it’s huge. There will be a sports room with TVs on which to watch “the game,” outdoor patios for taking in our delicious sunsets, a huge bright picture window looking out into town, a small brewing space open to the curious public, AND a separate event space for private functions. Folks, we’ve come a long way from a single cavernous room with a stage at one end and a bar at the other.

However, lest we forget our roots, the design mimics that of the “mothership” with raw funky wood and metal. Incidentally, the mothership is how the crew lovingly refers to the original site out on the mesa; constructed from blood, sweat, and tears, and perhaps inspired by alien abduction.

When I asked Dan why they’re coming to town, aside from the obvious advantages of location, he said the crew was really looking for a place where they could showcase all of the fine beer the brewers turn out like it ain’t no thing. The new tap house will have 24 taps with a focus on beer education. (Beer-cation? Nope, that sounds more like a beer vacation. But hey, with 24 taps I guess anything’s possible…)

I of course had to know more about just what I could expect to be included in my new education. Let’s leave my conversation in the parking lot with Dan about the finer points of craft beer, and cut to a phone conversation with head brewer, Jayson Wylie.

I asked Jayson to share his hopes and dreams about the new tap-house.  Quite eloquently, he talked about the tap-house being a beer-centric place to educate folks about as many different styles, techniques and palates as possible (swoon)! 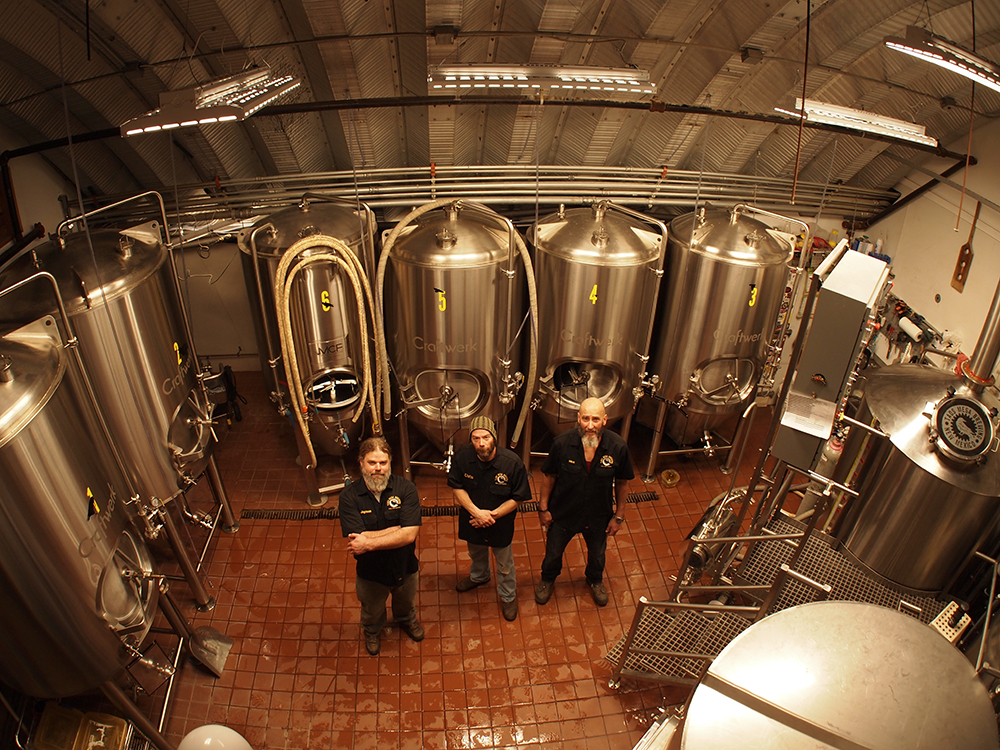 With the newly expanded brew space, the brewers have been able to keep up with demands for traditional TMB favorites (Kolsch 45, Great Scot Scottish Ale, Lunch Pale Ale and Amarillo Rojo to name a few), and still have space to brew other exciting small-batch styles to new dizzying beerish heights.

In addition to the brewing practices on the mothership, the brewers are looking forward to implementing a barrel aging program (where you take a beer and let it age in something along the lines of an old whiskey barrel to enhance flavor), a souring program (where you intentionally ferment beer with unpredictable strains of yeast to enhance the acidic flavor, think yogurt!), and homebrew courses for beer geeks at the new taphouse location. Jayson and I then talked about firkins, which I still don’t completely understand, but rest assured it’s a time-tested technique and it’s cool!

Okay, back to my lengthy conversation with Dan about beer culture — we could go on for hours, but let’s get right to the point: pizza. Yep. Nothing works better with beer than pizza, nothing works better with pizza than beer, and the new tap house will be dishing out a bunch of it. It’s okay if you need to close your eyes and imagine it for a second — I’ll wait.

It would give me great pleasure to be able to tell you when the son of the mothership is opening. However, for that, my good friends, we will have to wait. But rest assured the TMB crew is working hard to make our dreams come true.

I tried to get a quote out of Peter, but he was hustling through the work site overseeing everything. When he had a spare second to ask me if I had any questions, I said “No.”  He said, “Good!” He had to go pick up a trailer full of materials.

I could only smile, knowing that he was hurrying away so he could construct my seat for me that much faster.