I have a confession to make: my Spanish is shitty.

I wish it wasn’t, but that’s just the cold hard truth. Have I made efforts to remedy this fact? Sure, if you count installing a Duolingo app on my phone, and cramming a quick lesson while I wait for my consummately-late friends to meet me for a pint. But that’s all different now. I want more. It’s a New Year with new ambitions, but mostly this bone-chilling winter makes me long for rolling waves, sandy beaches, umbrella drinks, and stimulating conversations about philosophy and literature with a handsome non-English speaking stranger… Let’s just say I’ve been inspired. 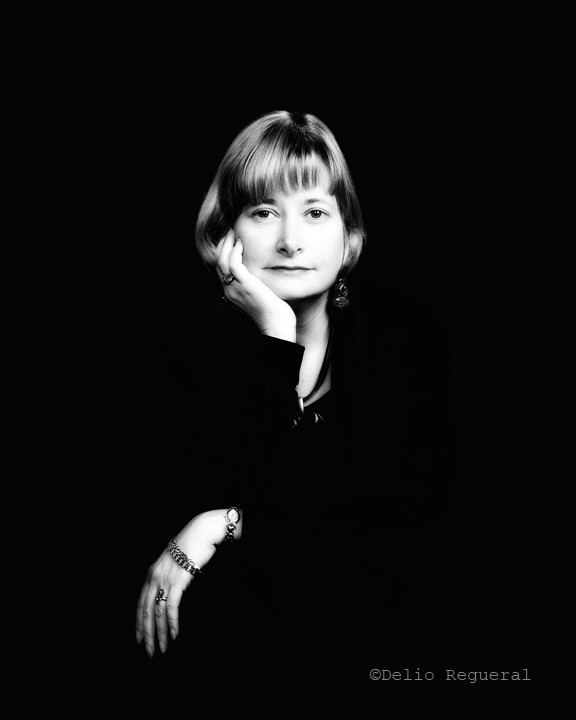 My muse? It is not the completely-fictional handsome stranger mentioned above, but rather a tiny, spunky, soft-spoken Cuban woman named Teresa Dovalpage, whose acquaintance I was pleased to make thanks to the crafting of this very piece.

Teresa speaks alternatively in English and Spanish like they’re one fluid language — so rapidly, I might add, that there is no room for an idle daydream when conversing with her. It’s not that she’s insensitive to the fact you might not understand her, it’s more like she has the fullest confidence that you will. And to my personal amazement during our afternoon conversation over coffee about art, Taos, and life — I did! I’m sure when she reads this she’ll give me no end of grief for not confiding in her that I’m currently attempting to learn Spanish from a 2-dimensional owl on a phone app. Perdón mi amiga, I was too shy to tell you I dream of the bilingual heights you so effortlessly espouse in conversation.

I do however want to acknowledge that this is not all about me. I bet there are a fair amount of Taoseños reading this who feel the same shameful way about their shitty Spanish skills. Mourn no more! Starting February 4th at SOMOS, Teresa is embarking on an eight week adventure to help people like us not look like complete stuttering noobs when attempting to say something in Spanish, whether it be a word, a sentence or (fingers crossed) an entire conversation.

Teresa’s beginning Spanish class runs Feb 4th – March 24th, from 4-6pm on Thursdays. It’s designed for folks who have no or very limited experience with the language. All materials will be provided by Teresa and the atmosphere will be fun and relaxed. There will be a textbook, but no exams — Hooray! — and while the foundation of the class will be grammar, there will be plenty of time for conversation tailored to the students’ needs. The class will be small, between 5-10 students, so don’t wait — sign up now!

Now maybe speaking fluent Spanish isn’t really your thing (at which point I will chastise you since it is my honest opinion that speaking more than one language makes you a better person). Or perhaps you are already more than fluent in five languages (in which case I will thinly veil my envy and say bully for you). However, what Teresa is offering is more than just a bored room of students clawing for credit: it’s about a community experience. And I for one am looking forward to the day I can expound upon that experience in more than one language.

To learn more about Teresa and her other bilingual endeavours, check out her blog in Spanish and English. Also, make sure you tune into her radio show on KNCE 93.5FM every other Tuesday night from 6-8 pm with her co-host, another bilingual artist and dynamo David Perez. They discuss books, ghosts, art, music and “whatnot” in vibrant Spanish, English and occasionally she admits “Spanglish”!