Brad Martin is a master leather craftsman and visionary. The art he creates on leather canvas is so extraordinarily detailed it often prompts debate between the customers and staff at Letherwerks, a handmade leather goods shop in the John Dunn Plaza, where many of his pieces are on display. “That’s not a carving — those are real feathers!” Somebody will challenge. The staff insists that there are no tricks. Brad Martin is the real deal. 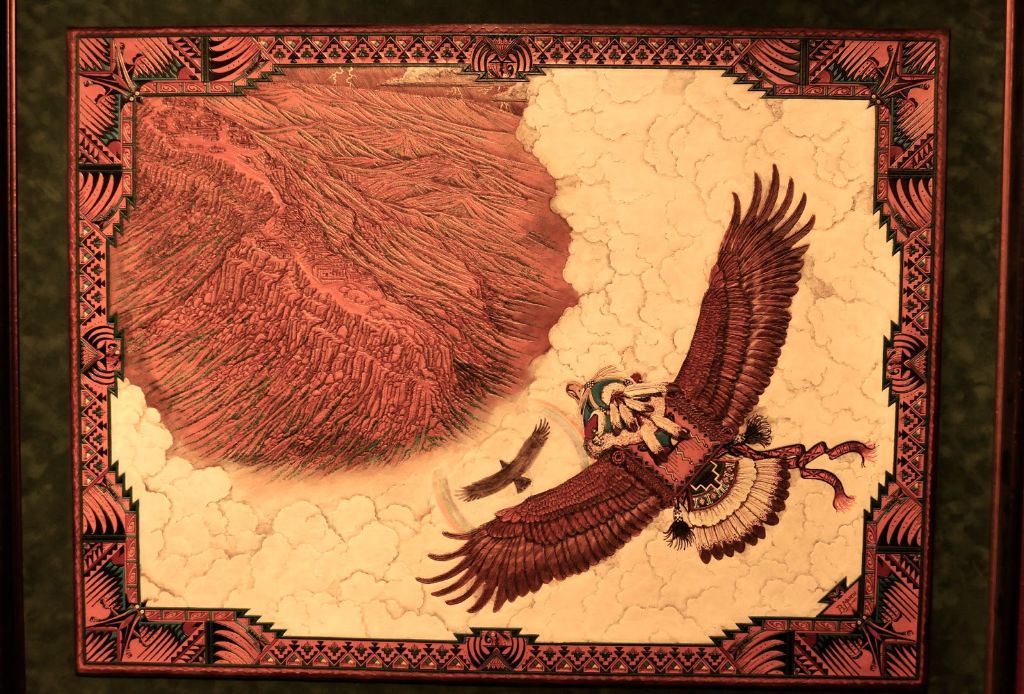 Brad’s work is brimming with ceremonial symbols from indigenous cultures around the world. Ancient Mayan headdresses, Kachina spirits, stylized Hopi rain birds and sacred imagery. He draws inspiration from intensely spiritual traditions and lore. Then he sketches his visual interpretation, carves it into leather, tools and paints it down to the most minute particulars. Tiny, lifelike beadwork and geometric borders. To illustrate why he pays such painstaking attention to the details, he tells me a story. (It kills me that I didn’t have a tape-recorder to capture the nuance and humor in his Carolina-accented voice for you, for he is a hell of a storyteller.)

Years ago, after visiting a friend on the Hopi reservation in Arizona, Brad woke up and found that his truck wouldn’t start. The mechanic informed him of a common problem — it was likely that he filled up at a gas station where they added water to the gas, and overnight it had frozen in the gas lines. The mechanic, in true form, fixed the problem but discovered another issue. While Brad was waiting for a belt to get changed, the mechanic also discovered some of his artwork packed in the back of the truck.

“All of a sudden, these guys starting unloading my stuff into a gallery next door to the service station, lining it all up, checking it out. Then these two eighty-year-old Hopi elders walked in and parked themselves right in front of the one of my pieces and stared at it for a good twenty minutes. I was freaking out.”

He had cause to be nervous; the image depicted a sacred Hopi ceremony where the Kachinas are sent back down to the underworld. For Brad, it’s always been critical that he capture the truth and beauty of these stories and not to perpetuate a stereotype or mistakenly reduce the sacred to a cliche. While he’s always been careful not to mix imagery from different cultures and traditions — an Apache man sitting on a Navajo blanket surrounded by Cherokee pottery, for instance — there was always a chance that he hadn’t done his research, and these men would surely know. It was enough to make any artist begin to sweat.

Finally, one of them turned around and asked, “Who did these?” Several fingers came up and pointed directly at Brad Martin. The moment of truth. The elder looked right at him and gave him a huge, silent thumbs up.

“To this day, it’s the greatest compliment I’ve ever been paid.”

His artwork is intricate and refined. The stone steps of his elaborate Mayan temple are overgrown with vines.There are folds in his geisha’s delicate fan, and her kimono is like embroidered silk, carved and painted with the tiniest decorative flowers. A whisper of breath hangs around an elk’s nostrils on a frosty morning. Everything seems to be just on the verge of stepping off the leather and coming to life. 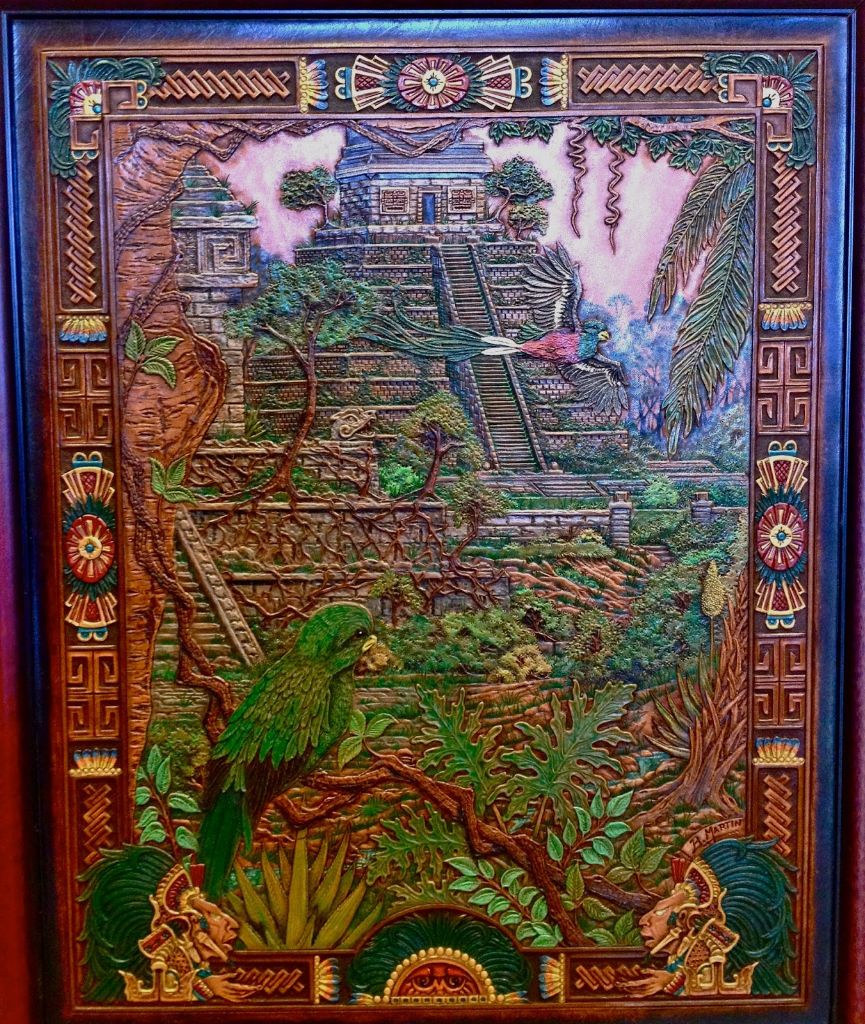 For most of us, the idea of “leather art” begins and ends with Western saddles and tack. Brad Martin is taking it to the next level, creating fine art with what he refers to as an ancient medium. What better material to leave a legacy on? They’ve uncovered leather sandals from Egyptian tombs that are still wearable. Leather can endure many ages and elements to be passed down.

I caught up with Brad Martin between sets at the Alley Cantina, where he was playing bass guitar with The John Carey Band, a local blues act that gigs regularly in Taos. (He also plays and sings in Lonesome Town and Le Blue Reys. For more information on upcoming shows, please check out our calendar.)

We sat outside the bar while he smoked cigarettes and told me stories in his humble southern drawl.

“‘Talent’ doesn’t mean much as far as I’m concerned. Nobody’s born with it — sure, you have the occasional child prodigy, your Beethoven or whoever — but as for the rest of us? It’s about doing it. Loving something enough to do it over and over again. Talent will only get you so far.”

“I still have the first piece I ever tried to carve. It was supposed to be a horse but it’s just awful- you can’t even tell what it is.” 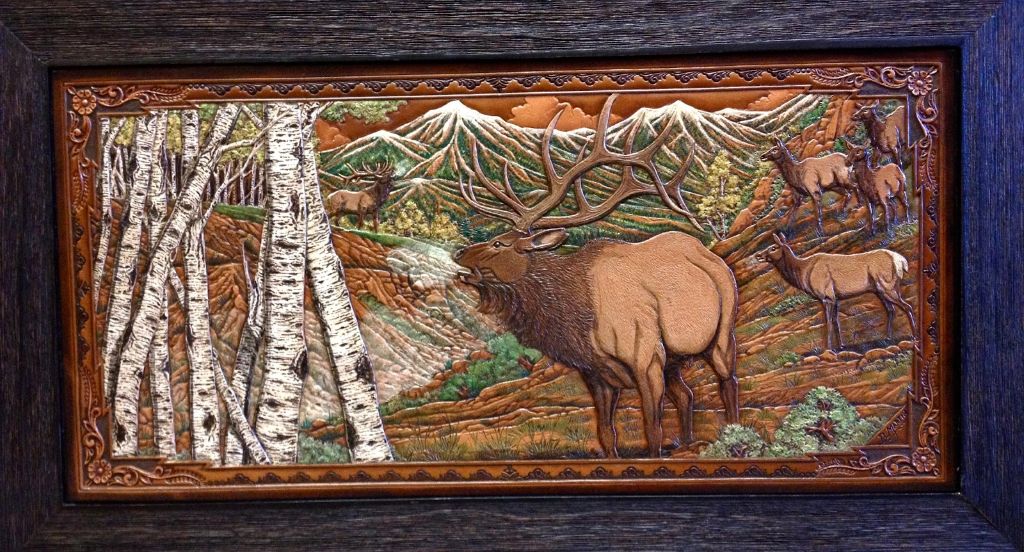 Brad utilizes a range of tools and unconventional methods to create his unique three-dimensional works of art. 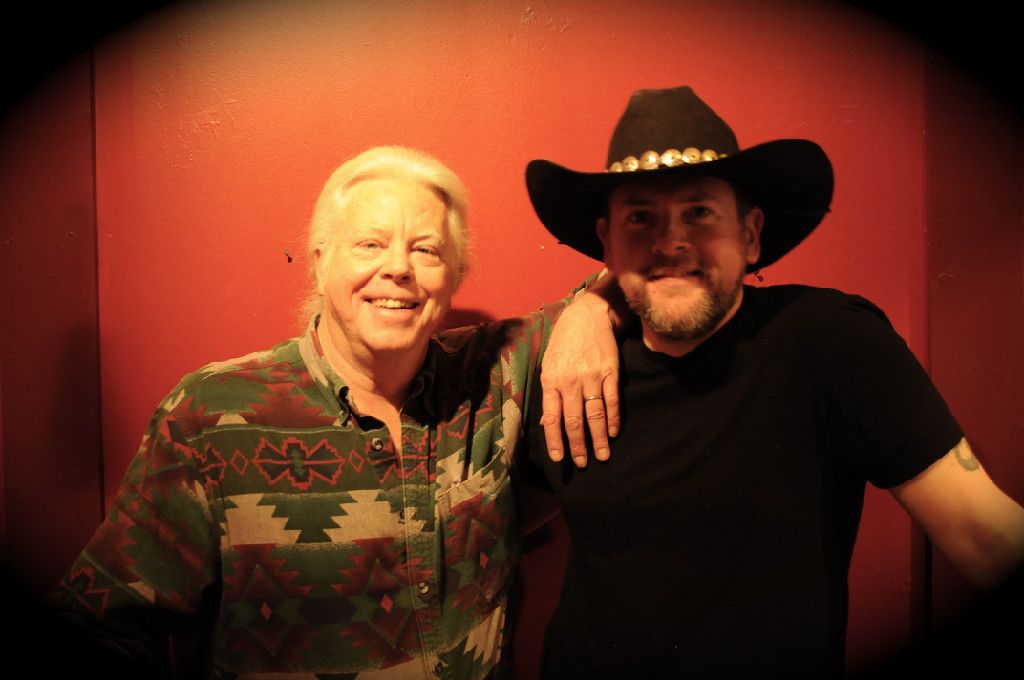 Brad’s won almost every major award in national and international leather competitions, taught at art seminars around the world, and made a name for himself as one of the greatest leather artists in the game. Artist JD Challenger called him “One of the best-kept secrets in the world.”

“I hope you’re not one of those artists that has to pass away before you get rich and famous.” I joke with him.

“Oh, that’s exactly what’s going to happen. All the money’s gonna come when I’m dead and gone. Hell, I sometimes wake up in the middle of the night to my wife holding a pillow over my face.” He laughs and stubs out his cigarette.

“But look, if that was all I cared about I could have stayed in North Carolina, carving mallard ducks and all those boring landscapes people like to hang in hotel lobbies. But that’s not what I wanted to do. I wanted to come out here, where there’s so much inspiration for me, and do the kind of art I wanted to do.” 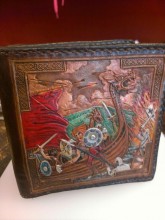 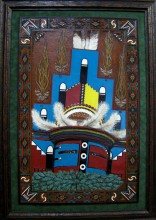 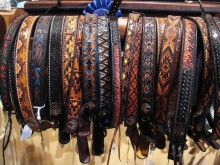 Brad Martin’s work is a treasure hidden in plain sight. Fortunately, he’s right in our town, making beautiful custom guitar straps, belts, wallets, motorcycle jacket patches, and purses, among other things. If you are looking for a legendary piece of art (or just something you can wear that looks good that nobody else has) at a very reasonable price, I suggest you get up and get it before his signature becomes a rare collectible horded by art museums.