Taos Center for the Arts

90 mins I Appropriate for all ages

The Taos Pride International Short Film Festival brings together queer stories from around the world. It is a unique opportunity to quickly enjoy the wide range of perspectives and people that make up our vibrant and complex global community. This is the fifth year of the festival and it grows each time with quality and breadth of vision. Join us for a single evening with two completely different features of films.

*Screenings are 90 minutes total. Shorts within each screening range from 2 minutes to 15 minutes.

A group of young adults explain their confusing and long exploration with gender expression and the gender spectrum on their journey to find out who they are.

Two cowboys are in a stand-off.

Together with our parents and friends

Two lifelong best friends, Juanda and Marce, summon their families and friends to tell them something that will completely change the evening.

My Abortion Saved My Life

Cazembe Murphy Jackson (he/him), a Black trans activist living in Atlanta, Georgia, shares why his access to abortion was vital to his life. In the first short of Trans Bodies, Trans Choices, Cazembe’s story demonstrates the life-saving urgency of abortion access.

A chronically ill dancer finds tranquility in nature while on a camping trip with their boyfriend.

A romantic drama that seeks to arouse emotions such as nostalgia and misunderstanding, set in Venezuela at the end of July, 2017 during social upheaval and unrest amongst young Venezuelans.

Between the Mountain and the sea, between the Baroque and the popular houses, two guys from opposite worlds fall in love. A naive love, that will have to face the reality of a city full of prejudices, fascinating but cruel.

While Merchant Marine veteran Paul Goercke rests with his family in his plot at the Golden Gate National Cemetery, he is survived and remembered by his pioneering American Legion Post 448, the only predominantly LGBTQ post in the nation.

Diana and Álex are two music students in a conservatory. One afternoon they meet at her place to prepare for an audition. The unexpected presence of Diana’s boyfriend, Héctor, is disturbing for Álex.

All sales are final and no refund will be issued. 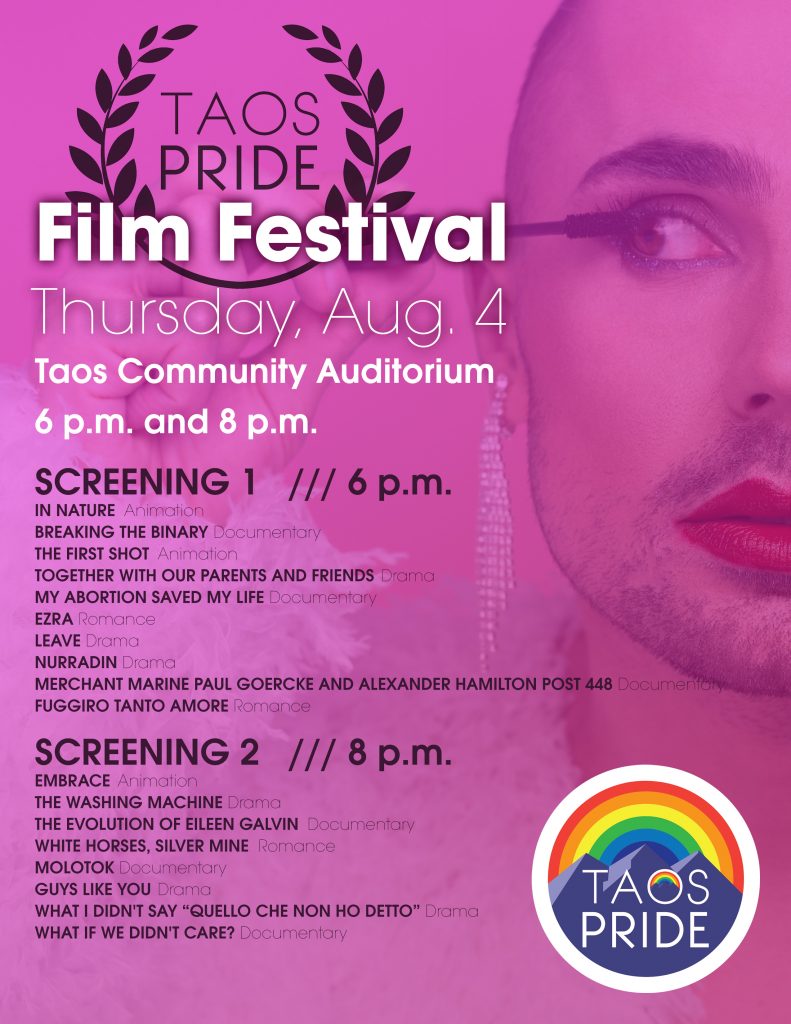