Soprano Nadine Sierra stars as the self-sacrificing courtesan Violetta—one of opera’s ultimate heroines—in Michael Mayer’s vibrant production of Verdi’s beloved tragedy. Tenor Stephen Costello is her self- centered lover Alfredo, alongside baritone Luca Salsi as his disapproving father, and Maestro Daniele Callegari on the podium. This live cinema transmission is part of the Met’s award-winning Live in HD series, bringing opera to movie theaters across the globe.

World premiere: Venice, Teatro la Fenice, 1853. Verdi’s La Traviata survived a notoriously unsuccessful opening night to become one of the best-loved operas in the repertoire. Following the larger-scale dramas of Rigoletto and Il Trovatore, its intimate scope and subject matter inspired the composer to create some of his most profound and heartfelt music. The title role of the “fallen woman” has captured the imaginations of audiences and performers alike with its inexhaustible vocal and dramatic possibilities—and challenges. Violetta is considered a pinnacle of the soprano repertoire. 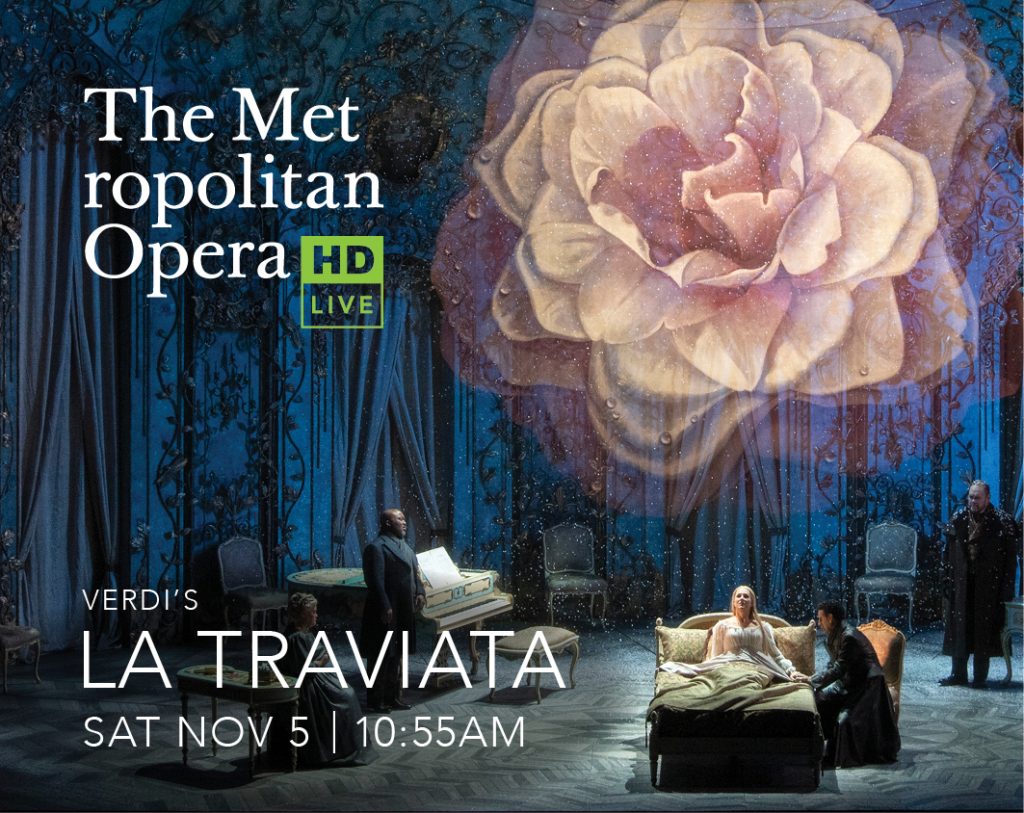