Taos Center for the Arts

In collaboration with the Taos Center of the Arts (TCA), 203 Fine Art is pleased to present a visual recollection and brief history of the Taos Art Association. It has been seventy years since the formation of the originating organization, The Taos Artists Association, which would later become the Taos Center for the Arts.

The TAA was formed in 1952 by a group of 28 artists, most of whom would be considered avant-garde at that time when most of the galleries and commercial venues were selling landscapes and paintings of southwestern themes by the older, more established Taos Society Artists. The group’s mission was to create a venue where forward-thinking artists could show art they wanted to create, going beyond what the commercial galleries expected them to create.

By early 1953, the membership in the TAA had grown to 100 members and TAA purchased what is now the Hernandez-Manby House property and opened the Stables Gallery, an artist-run cooperative. The Stables Gallery was immediately vibrant and became a place where the group known as the Taos Moderns and others would thrive, creating the artwork which would sustain the national reputation of Taos as an evolving center for art, picking up the torch from the previous generation of artists before them.

The TAA would also offer workshops and drawing groups, and later built a venue for live theater where the founding artists embraced performance as well as visual art. This would continue for decades, with shifts and changes and new buildings. But the TAA survived those changes to become the Taos Center for the Arts, which continues to nurture and support the arts, including visual, performing arts, and film in Taos. The Stables Gallery is still maintained today as a space for Taos artists and community members to share, display and sell art.

This exhibition will include the artwork of many of the original founding members of the TAA, as well as a select group of works by later members.

This project is supported in part by New Mexico Arts, a division of the Department of Cultural Affairs, and by the National Endowment for the Arts. 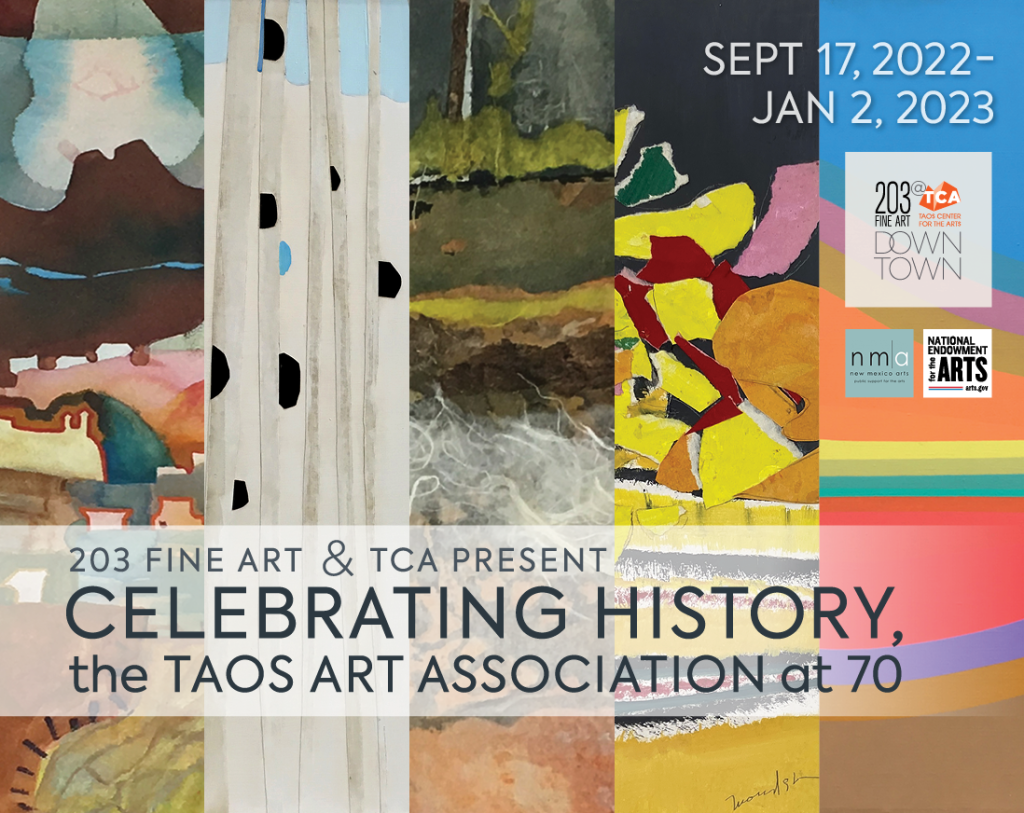