Summer in northern New Mexico is the best time of year to experience its natural beauty first-hand through hiking, rafting, and biking. Temperatures rarely break the high nineties, and when it does, you can be assured there’s a cooling, soft summer rain on its way to break the spell. 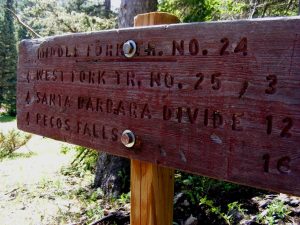 Aside from the obvious beauty of Pueblo Peak, the Taos skyline offers the majesty of several mountains to the South and East. Closest to town, and dominating the skyline from Ranchos de Taos, Jicarita (Spanish for little basket) Peak sits gracefully, its calming, maternal lines exuding a sense of permanence. 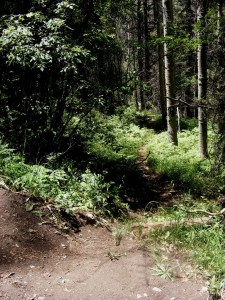 Where trail breaks off to picnic spot, about 3/4 miles past bridge.

The mountain is sacred to nearby Picuris Pueblo (the other Tiwa Pueblo). Most of the year it’s covered in snow, ripe for snowshoeing and cross-country skiing, but by midsummer there’s barely a small patch of white clinging to the side, and the verdant green of aspen and pine flourish.

When temperatures in downtown Taos hit the high 80’s and 90’s, that’s when you want to head out to Jicarita. It’s a bit of a drive (about 45 minutes from Taos Plaza), but it’s all scenic, and worth every minute.
Recently, I headed out there with the family for a picnic and hike. We were greeted at the trailhead by a sign informing us that the previous several days storm had felled trees, and it was potentially un-passable in some areas.

Being an adventurous lot, we were undeterred, and with the temperature in the mid-70’s and sun shining with the occasional fat, lazy cloud drifting by, there was nothing that was going to stop us. 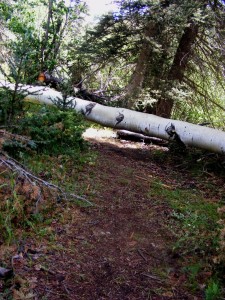 My five year old took the lead, blazing a trail over and through felled Aspens with thick, antiquated trunks and the occasional Ponderosa pine uprooted by age and severe gusts.

Up the Middle Fork Trail #24, we went on for about a mile and a half until we hit the open meadow right before the bridge that crosses the raging Rio Santa Barbara.

A fallen Ponderosa had recently crashed across the expanse of the bridge and broken the hand railing on the far side, but it wasn’t serious enough to damage the bridge’s integrity and we crossed uneventfully.

Once across and on the other side we headed up the mountain surrounded by the lush green of ferns and steadily climbed about 3/4 mile to a small footpath one could easily breeze by if not paying attention, breaking off to the right and down a steep incline to a grassy beach by the river that’s secluded from the trail and generally empty. 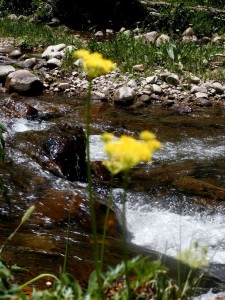 We unpacked and had our lunch, lounged in the sun and waded in the river a bit. Some fly fisherman happened by and quickly disappeared down the banks of the river, their presence reminding me it was getting late.

We packed up and headed back down the trail to the parking lot, just before the Santa Barbara Campground. The river flows by the parking lot and I was tempted to linger, but I figured we’d leave on a high note. Later on, back in town, it felt as if a part of me was still in the quiet solitude of the mountain. Not as crowded as the Taos Ski Valley and the accompanying hikes, Jicarita is a throwback to a time when New Mexico was somewhat undiscovered, and the vibe reflects that.

It’s the go-to place for recharging your battery and reminding us of the reasons we live or visit the area, and it never fails to replenish on the deepest of levels.

And for that, we can all be grateful. 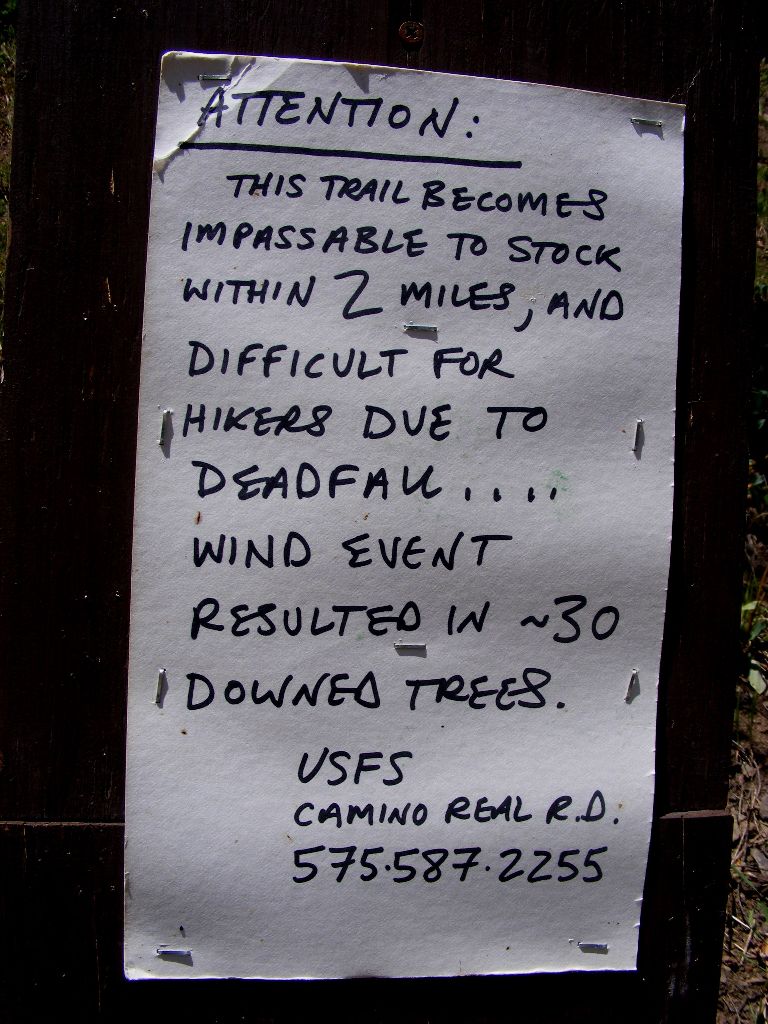 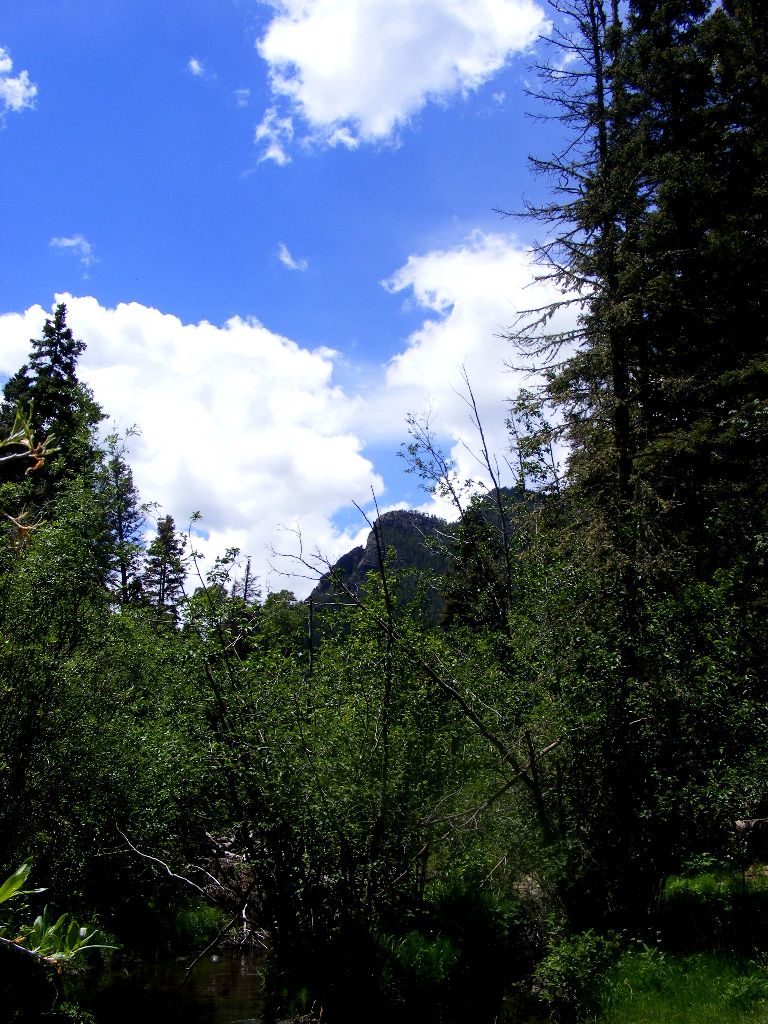 GETTING THERE AND OTHER DETAILS: